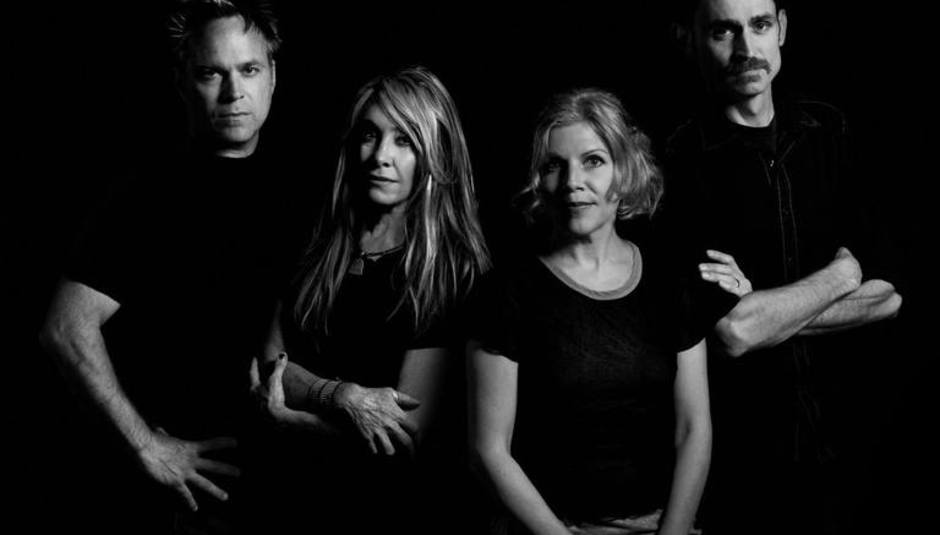 Do you remember the early 90's? If you don't, let me pad it out for you a touch. A time that fashion remembers and cringes a little bit. Most people didn't give a toss about vinyl, everything was about CD quality. A mixtape actually was a mixtape, not a collection of songs that you put on a playlist with a few clicks of a button. A real-time 90 minute cassette mix could take you a good few hours. But that was OK, because very few people had the internet at home. Wi-fi was a dream, I tell you, a distant dream. Want to upload a picture to the internet? Great. Develop the film, scan it, and upload it. On dial up. See you in the year 2000, if we make it that far.

But that's nostalgia, isn't it? The world is better with wi-fi, but we crave "a simpler time", and if we're honest, we crave the sensations of youth. So when a 90's reformation rolls around, and you didn't see the band the first time because, I don't know, you were in a different field doing poppers with a guy who was in a punk band called Dry, because that was their favourite type of cider. Perhaps you regret that. Perhaps in fact, you are me, in which case, the rest of this paragraph is no surprise to you. But the band in question is Belly, and you've got the chance to pose questions to (the) Tanya Donelly, the Gorman brothers, and Gail Greenwood. Because after over 20 years, however briefly, they have returned to us.

DiS: Twenty years out, and then you're back in the rehearsal room, dusting off songs from the 90's? Were you falling around laughing like kids again?

DiS: What did you practice first?

DiS: Which song had you missed playing most?

Gail Greenwood: All of them, but for me ‘Seal My Fate’ has always given me goosebumps, so it was very moving to play it with the band again.

DiS: Firstly, a guess. If you have potentially a new album to release in the future, is it likely to be called Bird?

Chris Gorman: Well, we did go for one-word album titles and we haven't used an animal yet. Bird would be appropriate because this process has been a bit like a bunch of birds instinctively flocking to head south for the winter! The 'birds' are actually a group of tiny plastic florist ornaments that I found in an abandoned basement in the 80's. At the time of Belly's breakup, I stored them with other props used for package artwork (dice, dancers, games and toys etc.); I had photographed them a few times but we didn't use the images. When we started talking I decided to get a jump on things and take a few photos just in case things developed, and when we built a website one of those images - particularly the birds in a circle - really appealed to Tanya, so we went with that. Having a singular visual to work from becomes a great tool when building a body of design work and the bird - particularly a group of birds- was just so symbolic of our endeavour. Individual actors flying freely and at random with the occasional flocking together to do something beautiful. So yes, Bird would be a very cool title, but probably not.

DiS: How likely is it to be released on your old label?

Chris Gorman: During the Star and King years, working with 4AD was a privilege. To be supported by such a hive of creative and passionate people was instrumental to our success and our process of working together. The bands that we were a family with remain some of our favourites, and the curated musical aesthetic of the label is so amazingly distinctive - V23 was involved and that was just the icing on the top. We don't quite have an album together, and this series of shows is allowing us to really put some new songs to the test, and to continue gaining confidence in our writing and collaborative efforts. Our collective taste and individual personalities haven't strayed too far in 20 years, so the new material feels like a mature extension of where we left off. So I think the new stuff has the same appeal and dynamic, and I hope our fans will like hearing these songs as much as we love to play them. 4AD has continued to sign and support amazing artists so if they were interested…

DiS: You must be delighted to see Star reissued in such a lovely new package? The vinyl looks especially choice...

Chris Gorman: The reissue came about by coincidence. We had already started working on new material and rehearsals when we were contacted about the possible reissue. When Chris Bigg signed on to continue his work with us putting together a new package variation, and we discussed this marbled vinyl to match it, just made it even more special. The sound quality of vinyl is really something you can’t describe, and if, like me, you listen off the internet or iPod all the time and then take the time to drop a needle on these big amazing tangible round things, the sound is indescribable. The warmth, depth and richness of vinyl is unmatched.

DiS: Is a King re-issue also in the works?

Chris Gorman: I haven't heard any discussions about a King reissue, if there is a demand I know Beggars would be capable of doing an incredible job with it.

DiS: With the benefit of hindsight, what songs would you have put on or taken off Star and King?

Tanya Donelly: The only example I can think of is this: on King, I might replace 'Lil Ennio' with 'Broken', and also probably put 'Thief' onto King as well.

DiS: What was it like to be a poster band for US alternative scene in the 90's?

Tom Gorman: We weren't really that aware of it - things happened really fast and we were going pretty full-tilt with touring etc. And there was a big shift going on at the time - we may have been in the front-guard of indie/alt kind of going 'main-stream,' but we were quickly surpassed by the likes of Radiohead, the Cranberries, and others who kind of inhabited the same realm. It has sort of been in hindsight, particularly now with the Star reissue and reunion tour that we're kind of going: "Huh, I guess we were a more 'known' band than we were aware of!"

DiS: Do you have favourite story from this era?

Tom Gorman: Maybe it doesn't make very good copy, but the best stories are all kind of goofy, mundane life-on-the-road tales that only have meaning within the band. There have been times rehearsing to get ready for these reunion shows that we've had aching sides and jaws from laughing so hard, and about things that anyone outside the band would hear and think: "What the hell are they going on about...?"

DiS: How many new songs are you going to drop into the set, and what are they called?

Tanya Donnelly: We'll start by playing two songs in the set, but hopefully as we go, we will add one or two more. We are hoping to use sound checks to work on the new stuff. So far the working titles are 'Punish', 'Comet', 'Heartstrings', and 'Faceless'.

DiS: When you listen to them, what do they remind you of?

Tanya Donnelly: That's a good question – they feel very dissimilar to each other, but they also feel very much like Belly songs. I could say that perhaps this is what might have happened after King, but the fact is that bringing together 20 years of separate experience makes for a more varied batch of songs.

DiS: Did you have these songs building up in the bag over the years, (sub)consciously stockpiling lyrics and music as the years passed, or are they brand new?

DiS: Are you likely to head out into the world to tour again after this, or is this a one-off before you return to normal life?

Tanya Donnelly: This is a very finite tour, and once it ends we will probably just focus on getting the new material together as we can. We do have day jobs and partners and children and pets and homes to return to, so will be playing the next steps by ear.

London Forum on 21st of July

Dublin Academy on the 23rd of July

"Brexit is an absolute fucking shambl...