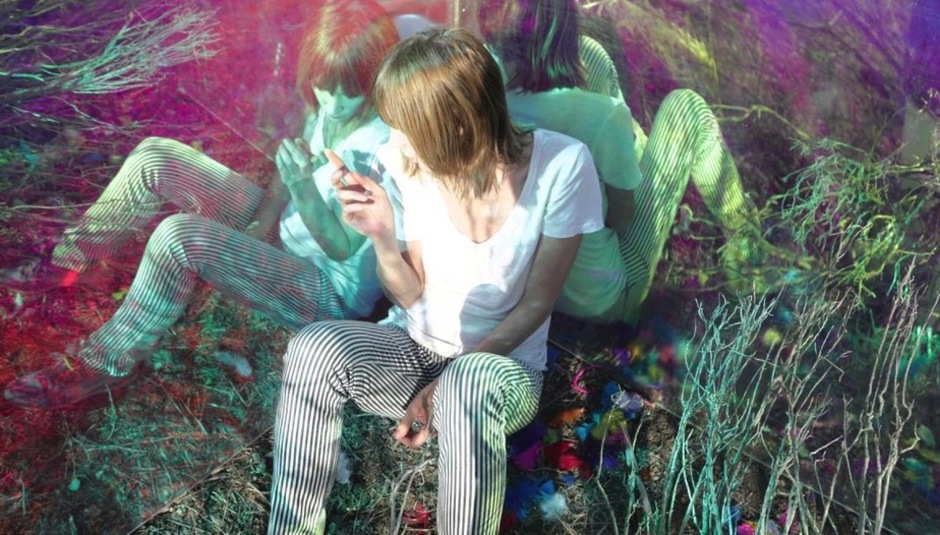 When musicians talk about getting back to their roots, it’s usually an excuse to pull out a battered old acoustic to create some bare bones music. In Beth Orton’s case, going back to her roots meant something very different. Having relocated to California a couple of years ago, Beth began experimenting with a series of electronic loops that would eventually come together as her career-redefining new album; a record inspired both by the wide-open nature of Los Angeles and the spirit of Beth’s earliest recordings. Co-produced by Beth and Andrew Hung (Fuck Buttons) and mixed by David Wrench (Caribou/Hot Chip), Kidsticks repositions Beth’s unmistakable voice inside ten pure, audacious, playful and kinetic songs. Beth talks us exclusively through the album, track by track...

The way this album started is that Andy Hung came out to LA and we spent 10 days making loops of keyboard parts that I played using sounds that Andy sculpted and drum programming that he added in, these little loops were the core of the record. And the beat for “Snow” was the first beat that Andy and I made. Beginner’s mind. There was a sense from the first day of something exciting happening and that energy carried on through the making of the record. The loop we made reminded me of Talking Heads. I knew I wanted it to be cut and paste lyrically, I wanted different words layered over different melodies over different words. I recorded the vocals on this song with Oli Krauss (who did the string arrangements for She cries your name and who I’ve worked with since.. he now lives in Laurel Canyon..) at his home studio in Laurel Canyon. Almost all of this album was recorded in various back gardens and garages and home studios around LA and beyond.

Moon was the blueprint emotionally for the record. A lot hangs on the bass line. When Shahzad Ismaily put this bass line down, I knew that the song had arrived in some way. I love the dub element of this record, that’s the music of my childhood. At a certain point during the process of the record I went into the studio with a young musician and engineer named Jake Aron who brought in drummer Guillermo Brown and bassist Bram Inscore. Also a drummer and percussionist named Lucky Paul who had just come from setting up a keyboard on the street in New Orleans and jamming with whoever walked by.

It was under Jake's guidance that the beat kicks in on the second verse. Once Guillermo and Bram had played down their drums and bass, I sent the track back to Andy in London and he added that churning percussive sound that kicks in with the drums.

I recorded the vocals for “Moon” and a most of the other songs with Alain Johannes in his house which is this jungle of old and odd instruments. Right there inches away from each other, with a hand held mic, instead of being in some fancy studio. Alain has magic running through his blood. He knew what to do, to make me feel like it wasn’t something official, and I think that got something interesting out of me in terms of the vocals.

Petals was a poem I have been writing for some years. I started singing the poem over the beat, it had a Gregorian chant feeling, holding these words that I had lived with for a long time. When it all kicks off towards the end with the drums and bass, that was recorded with Jake. I knew I wanted this crescendo, emotional release, this person who has become inanimate coming to life, a violent rebirth that builds and builds and doesn't let up as the flesh gets put back on the bones. The tears - the realization and acknowledgment of the tears existing a realization of life still being and existing and this allowing a coming back to being.

[Dances around the room] This is a dream song.

This song for me came together greatly when I brought the music to Chris Taylor. He really heard the song I was going for and helped bring it to life. I love his backing vocals. He helped pull the band and the beat and the song into a cohesive whole. Bram plays some killer bass here as well. It's a love song but it's also a polarity in that there's a sense of escaping as well. Escaping love that comes too naturally. What is a habit rather than a choice perhaps.

After the song was all written and recorded, I made a music video with the artist Tearny Gearon, and when she sent me the edit she had made it into a love song from me to my daughter. She reframed the meaning and it struck me as more honest an interpretation than my anaysis of it. I’m singing about not realising how much I needed to breathe this someone in, how much I needed them in my life without knowing it. Tierney’s interpretation of the song allowed me to understand what I might have been writing about. Something I love about collaboration is working with true artists and seeing each others work in a new light through each others eyes. Part of the fun for Andy and I was how our coming together allowed us to reimagine our individual work in the light of each others. I know it has enlightened each of us and we will take what we’ve learnt beyond this record.

Wave is one of David Wrench’s favorite songs on the record. He flew out to LA for ten days at the end to mix the record with me. I borrowed a room at my dear friend Amaryllis and Ian’s house in Laurel Canyon, rented some speakers and David finished mixing the record right there. Because I had done so much recording of my initial vocals and ideas at home, and there was so much to go through, I forgot all sorts of ideas and bits and bobs I’d tried out and left behind. David went through and pulled out so much sweetness.Basically all the best moments great and small. I loved the adventure of making this record and I loved finishing it with David.

This is a pure love song.

This initial synth part and was something I played in the first few days with Andy, as with all the tracks. The rest of the way the track builds really came together later on as I brought in other musicians. Especially when I went in with Chris Taylor and he added his backing vocals. I knew there was an intensity to this track, the lyrics and the melody that matched was the sense of falling away from people you love. Almost like you mean it when it's the last thing you want to happen.

Corduroy legs was a poem that I started when my daughter was tiny and I was a single mum and I was pulling on resources I certainly didn't feel I had to look after a little baby, resources which seemed to come out of nowhere, almost like someone was holding me while I was holding her. The story was finished when I had my son, I was still writing this idea. Then it became a free association when something in the loops reminded me of a lightness that has grown from having children. And one of the sweetest sounds I've ever heard is my son walking around in his cheap tatty old pair of corduroy trousers from Old Navy. The sound of his silly little legs rubbing together as he runs around the house. It’s adorable and ridiculous and he was just starting to walk when I was writing these songs and it melted my heart. I am almost crying speaking this. The take on the record is just me speaking into my crappy microphone at home. I never did a “proper” version.

The icing on the cake musically for this track was when I went to Berlin to work with Dustin O’Halloran in his studio for a couple of days. He put the piano parts down on the outro, one of my favorite moments on any of my records. He also added strings on Dawnstar and a few other places. I met him at a gig he was doing in London and was deeply moved and asked if he’d do arrangements for the record. I flew to Berlin the following day….

A pivotal moment for the album musically was when Shahzad Ismaily came into my front room in Laurel Canyon, plugged his Moog and bass into my laptop, and this beautiful bass line came out and he added Moog tracks. My ideal for this track would be Althea And Donna, a sweet vibe with that bass. Shahzad brought that without us even talking about it. In the outro something happened, an effect happened between the Moog, bass, and Lucky Paul’s drums, which merged into this totally new sound that I adored. I'd love to hear a true dub remix of this sometime… just SAYING

This is a sweet ending to the record because it's unchanged from the initial track that Andy and I made, nothing was added after. So the album ends as the process began. It embodies and encompasses the playful nature of the record. Kidsticks is to me the sound of kids playing with sticks on bottles or walls, anything they can find to make a little racket, to express joy.

A Musical Lyonaissance: DiS Does Nuit...

In Photos: The Wytches @ Manor House,...