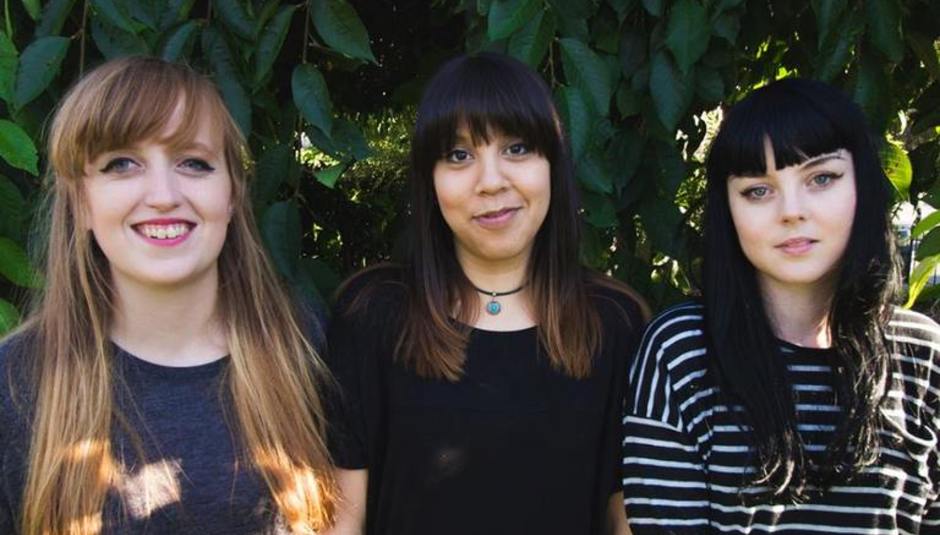 This weekend, DiS is off to Wrexham for Focus Wales. Due to take place from Thursday 12th to Sunday 15th May, this year's event will see over 200 artists play across 20 stages in venues around the town. As well as live music, Focus Wales will also host a daytime programme featuring interactive talks and workshops. With so much going on, DiS is spoilt for choice but here's ten artists we're most looking forward to seeing over the four days.

Snowdonian trio CaStLeS play psych rock in its most primitive form. Comparisons to Animal Collective and Goat (minus the costumes) aren't wide of the mark. Debut EP PartDepart came out earlier this year to positive reviews and while still relatively unknown outside of their native land, that is expected to change in the foreseeable future.

Gwenno Saunders has come a long way since her days as a Pipette. Having initially embarked on a solo career in 2012, it was last year's Y Dydd Olaf, released on revered independent Heavenly, that achieved widespread acclaim. Expect this show at St Giles Parish Church to be exceptionally busy, but at the same time not to be missed.

Nottingham trio Kagoule have been making a name for themselves since their 'Made Of Concrete' demo landed unsuspectingly four years ago. Since then, they've established themselves as one of the most exciting live bands in the country while recording a handful of incendiary singles culminating in 2015's excellent debut LP Urth. With echoes of the Smashing Pumpkins in their make up, they come strongly recommended.

Initially a vehicle for producer-cum-engineer Marc Joy's solo excursions in all things dreampop and shoegaze. Mold outfit Lights That Change have since blossomed into a fully formed band of their own volition. With an ethereal sound harking back to the halcyon days of 4AD and Creation Records, their set is one we at Drowned In Sound are especially looking forward to.

A band that needs no introduction to regular DiS readers. Los Campesinos! have been quiet of late but plans are in place for their long awaited sixth album. In the meantime, expect a career spanning headline set that will undoubtedly be one of Focus Wales 2016's main highlights.

Meilyr Jones used to front hotly tipped altpop combo Racehorses. After their split three years ago Jones moved to Italy and started writing what eventually became his debut LP, 2013. Released on Moshi Moshi in March of this year, it's an ambitiously crafted album that drew comparisons with Gruff Rhys and Euros Childs previously acclaimed solo efforts upon release. His live show comes highly recommended and is sure to be packed to the rafters, such is the buzz around Jones at present.

Mowbird first came to our attention thanks to debut seven inch 'Happy Active Horse Organ/Carousel', released on Popty Ping Records back in 2013. Since then, they've put out a batch of singles and EPs alongside critically acclaimed album Islander. With a frenetic live show that gives the impression it could implode at any given second, we urge you not to miss this rare opportunity to catch Mowbird in all their frivolous glory.

Chester's Peaness may win the award for silliest name of the weekend but don't let that put you off. With a penchant for pop hooks that take an occasionally aggressive slant, comparisons to the likes of Sleater Kinney and The Julie Ruin aren't wide of the mark. Recent single 'Oh George' came out to rave reviews last month and ably demonstrates why they're one of the most talked about bands at the moment.

The brainchild of Catherine Anne Davies. The Anchoress's debut album Confessions Of A Romance Novelist has been a long time in the making, but well worth the wait if the resounding reviews its received from all corners of the media are anything to go by. Focus Wales will actually be her live debut as The Anchoress, and is sure to be one of the most eagerly anticipated sets of the festival.

The Echo And The Always

This Cardiff five-piece fuse a broad melting pot of sounds and ideas to create something entirely unique of their own. Elements of shoegaze, chamber pop and post punk all come together - occasionally during the same song - which makes for an interesting and thoroughly entertaining concoction.

For more information on Focus Wales including the full schedule visit their official website.

"I'll be back in the office on Monday...