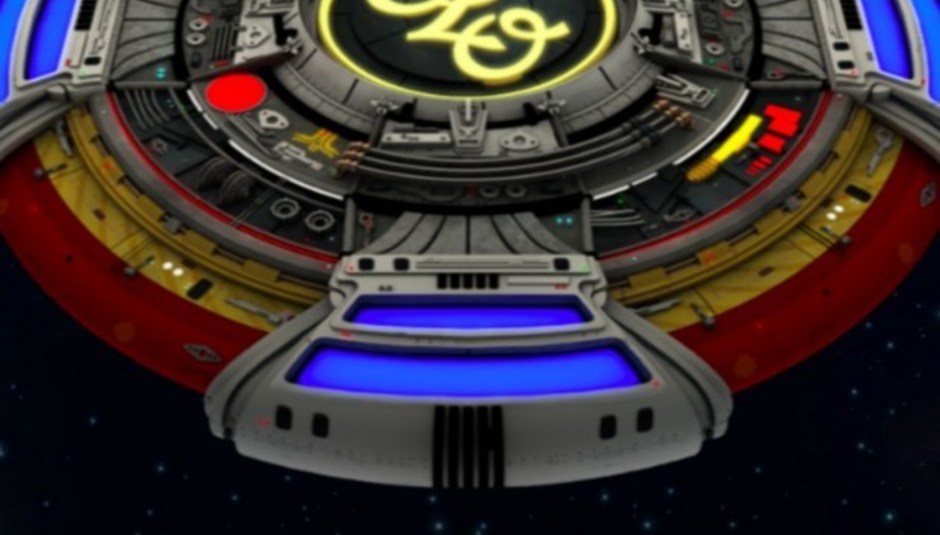 A music critic can be a fan, right? They should be, otherwise why bother - just writing about stuff with no joy beyond the immediate satisfaction of the moment is shallow and insatiable, surely? The carrying of this joy, the internalising of it by sentient beings is what makes people, music critics included, fans.

The show cruises, unsurprisingly, at an MOR pace. Lynne offers few crowd interactions, stopping only occasionally to offer a warm thanks. Most of the time Lynne stands at the mic, looking like a shaggy dog, playing guitar, singing and pounding out endless hits and incredible arrangements. Sure, the introduction of ‘Tightrope’ is bombastic but the secret is conviction. You’ve got to over-act to be convincing on screen, it’s the same with music composition.

So as ‘Evil Woman’ kicks off the concert properly, the stadium duly goes bat shit. Man this is smooth. Super-slick. For a stadium gig the clarity to the sound is remarkable, that vocoder peppered, hi-end, studio production is replicated on stage by a 10-piece band (apparently the same band that play behind Take That on their arena tours), including two cellos and a violin. Each song is nailed. For example, as the violinist takes centre stage to kick off ‘Living Thing’ - again - 30,000 people lose it.

Seeing Jeff Lynne’s ELO live demonstrates what a musical chameleon he is as a writer and arranger. ‘Telephone Line’ stitches snippets of Bacharach, the Everly Brothers, Frankie Valli, Roy Orbison and the wall of sound so gloriously. It re-appropriates them and beams them out as new colours, as the ELO.

And really, Lynne is responsible for today’s pop (along with Hall and Oates and Eurodance). Like it or lump it. Lynne’s production invented the sound of current pop and today’s music writers are deconstructing it to syphon out each idea as an album or series of songs in its own right, feeding it like swill to today’s factory line stars. His production and writing has also inspired acts who do it right as well, like Chromeo and The Apples In Stereo.

As the opening three tracks of ‘A New World Record’ get a welcome airing tonight (‘Tightrope’, ‘Telephone Line’ ‘Rockaria!’) they, in themselves, demonstrate Lynne’s fearlessness to make each arrangement a brazen assault; the harmonies are the Bee Gees, the vocoder Peter Frampton, the strings could come from Sgt Peppers. Lynne says ‘fuck it, let’s throw it all in’, and does so with gusto, the result is never less than spectacular. ‘10538 Overture’ is thrashed out as though it were drone rock. It is Nineties drone rock, but 20 years earlier (Weller should pay up!).

So is there anything wrong with this performance? Well, no. Nothing. Nothing at all. It’s perfect.

OK, so perhaps ‘Roll Over Beethoven’ could have been replaced by something else as the encore, but apart from that, it’s impeccable.

When you’re playing songs like ‘Turn To Stone’, ‘All Over The World’, ‘Shine A Little Love’ and ‘Sweet Talking Woman’ to name a few, you know you’ve done something very right.

The new stuff fits in the cannon nicely, and as ‘Mr Blue Sky’ closes the set, even the grey haired rocker who looks a bit cool for this kind of show raises his head and howls with joy like a wolf.

"I didn’t think that Bridge Over Trou...