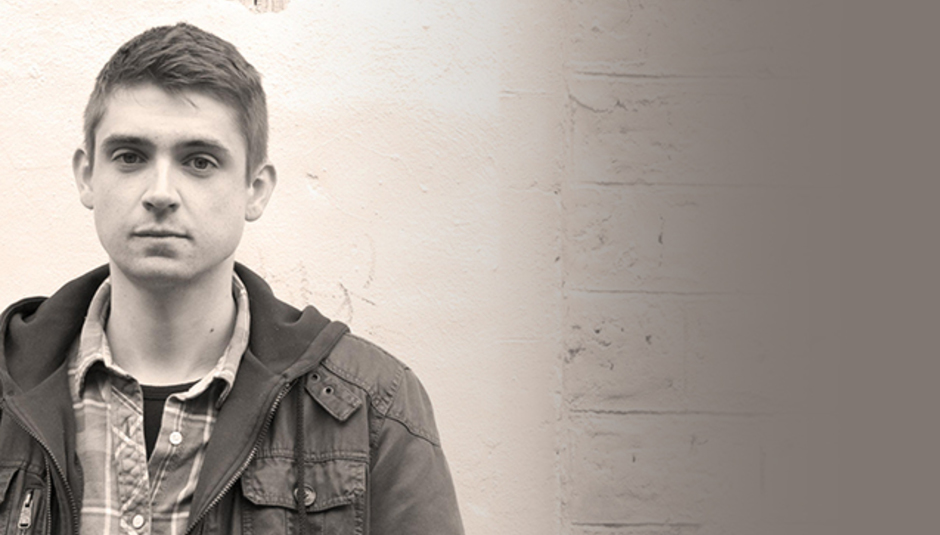 Christopher Duncan has caught a cold. His discreet sniffles are noticeable throughout the interview, but he only mentions it in passing as our conversation concludes - despite the timing being less than ideal.

In a few short hours he will play a headline slot at the Union Chapel, Islington. It’s his biggest show to date and the atmosphere amongst the crew and band members is a palpable mix of excited nervousness. Duncan, on the other hand, is remarkably composed - and only seems mildly concerned about the effect the bug will have on his voice.

If you’ve had the pleasure of listening to Architect you’ll be aware his voice is at the core of its charm. The Mercury Prize nominated record was released under the moniker C Duncan, and is full of sumptuous choral harmonies created solely by meticulous layering of his own vocals.

“I ask for cheap whisky - they always get Grants” he says, inspecting the rider in cavernous dressing room at the Union Chapel. He offers me a glass, “or an avocado?” Rather sadly I settle for water - to be honest I wouldn’t want to make a dent in the humble provisions he’s requested.

There’s a humble sensibility to Architect also, in spite of its expansive nature. If the music an individual makes is in any way reflective of the person, Duncan is everything you might expect - softly spoken, warm and unassuming.

His easy going nature should not be mistaken for a lacklustre approach to the significance of the evening or his career. He acknowledges the increased exposure Mercury nomination has afforded his début, “Union Chapel’s sold out, six months ago that wouldn’t have happened at all. It’s been amazing to get a lot of air play off the back of the Mercury. It’s much more in the public eye, and many more people are listening to it. Ultimately, that’s the goal - I guess.”

The minor hesitancy may in part be due to the unusual way in which Architect was recorded - in isolation, in a studio set-up in his bedroom. “I made it my life for the past two years, and it’s just something that I love doing. And that’s what encouraged me to make an album because it’s a hobby, a real passion, to do it all by myself - learning to produce and mix”

It’s striking to listen to Architect in the knowledge of its modest beginnings. Despite working alone with minimal equipment Duncan managed to product a rich and warm record. It was a conscious decision on his part: “I didn’t want to make a lo-fi album. As much as I love lo-fi music it didn’t really suit my music. So, I guess that’s where all the layers came in and a lot of high end EQ to make it as bright as possible.”

When asked how he achieved this he explains, “Using whatever you can afford and whatever’s in your flat. There’s a lot of problem solving which I really like. You have to re-write and re-write, re-record and re-record - it’s a very long process, but it’s very rewarding.

“I’m a bit of a loner when it comes to music. I’m quite controlling over my music. Live it’s different - obviously - I tell the guys what to play, but they have a lot of more freedom. Whenever it comes to the recorded product, I just can’t let go if you know what I mean?”

In an abstract sense you can. If you’ve the tenacity to spend so much time alone painstakingly perfecting a thing it’s unsurprising he feels so possessive, and the success of Architect hasn’t changed that. Duncan reveals the follow up is already recorded, and rather than head into the studio he chose to rent another small box room in his flat and upgrade the equipment using the royalties from Architect.

He says the resulting record is, “much more leaning towards the electronic side of things - it’s not a dance record or anything, but it’s more electronic.”

I tell him his subtle use of electronica brings to mind Bjork in the sense that her use of technology and electronica manages to bridge the gap between nature, synthesis and emotion. It’s a comparison he’s delighted with: “a lot of her stuff’s very forward thinking, but in a way that’s in the beginning stages of what it could be so it’s quite raw. And I mean, musically, her music is just my favourite.”

Trying to pin down Duncan’s own music is something of a challenge. It’s been simultaneously described as dream pop, electronic, choral and folk. I suggest there’s also a very tangible 60’s pop sensibility to many of the tracks, “Yeah, I’d happily replace the folk parts with that. I don’t see what people see is folky about it, apart from it’s got acoustic guitar and choral harmonies, like Fleet Foxes, but I wouldn’t say they were folk either.”

I also suggest it’s a record for all seasons; take ‘Garden’s’ summery twinkle and ‘I’ll Be Gone By Winter’s’ obvious connotations.

Duncan explains, “It sounds cheesy, but I wanted to have all the emotions - some of it upbeat, some of it sad. I wasn’t trying to put in into seasons, but I can see how that would come across because I did try and have the light with the dark.”

Considering the records isolated creation you wonder how Duncan recreates that in a live setting, and he explains, “what it loses in its lushness it makes up for in driving rhythms. It’s a little bit different, but its still the same songs I haven't totally rearranged them or anything.

“Again there’s a lot of problem solving. The songs do their own thing, which is very fun. It’s very exciting to hear it like that.”

On the subject of whether he enjoys touring he says, “I do. I didn’t so much at first, just because I was so nervous playing, because I’d never really done that before. I still get nervous, but it’s more like excitement. It also helps that we’re (his band) very good friends.”

If you were going to pick a perfect venue to showcase Duncan’s music. The Union Chapel would be top of the list. And it’s topped Duncan’s every since they started playing live, just over a year ago, “this is where I wanted to get to and it’s happened much quicker than I thought it would. This is the ideal venue. I’d seen the bootlegs of Bjork, Amy Winehouse and various people playing here, and it seemed the kind of place I wanted to be - it’s amazing.”

Asked if Architect was a piece of Architecture what would it be? Duncan wonders, “Probably a modern building. No I know, the Pompidou Centre. It’s really modern for its time but now, it’s still really modern, but it’s weathered a bit. In somewhere like Paris, somewhere that’s very romantic.”

In many respects Duncan has just summed up his music most succinctly. It is modern but also timeless, and its dreamy quality has a romantic character. Pompidou Centre it is.

Duncan’s immediate future is filled with touring and the release of the new record, but as a classically trained musician and enthusiastic painter (the cover art for Architect is his own work) could he be distracted by other disciplines at some point? He explains that he is keen to return to his classical roots and that his label Fat Cat records are resurrecting the 13701 imprint: “They used to have Max Richter, Dustin O’Halloran, Johann Johannsson, A Winged Victory For The Sullen - all these big crossover contemporary classical guys. So, they’re starting that up again which means that Fat Cat’s keen, if I want to, to move to that part. So I’ve got the chance to go back and do it on the third album. I might take that chance. I’m very lucky to be on a label thats’s happy to accommodate that.”

As for the painting he’s happy for that to play second fiddle to the music - for now. And tonight is all about the music - a celebration of all he has achieved so far with a nod to the future, and thankfully it’s a performance unhindered by his cold.

He débuts three new tracks - all of which hold great promise. ‘Do I Hear’ stands out - a sumptuous track that recalls Richard Hawley. And we are treated to a shimmering cover of Cocteau Twins’ ‘Pearly-Dewdrops’ Drops’. The rest of the set recreates Architect with beautiful, unadulterated sincerity - ‘Castle Walls’, played for the encore, is a particularly touching moment.

It’s a gig that leaves you feeling light, bright and cheerfully unmoored. Most of all it makes you eager for Christopher Duncan's next project. Whatever that might be he’s sure of one thing, “whatever you do don’t try and be cool because it’s not much fun. It’s more fun being a geek."

Architect is out now via Fat Cat. 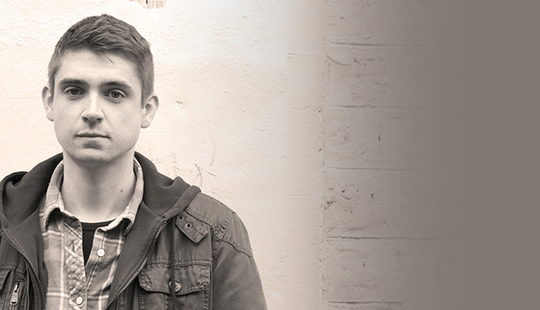 In Photos: Lissie @ The Forum, London