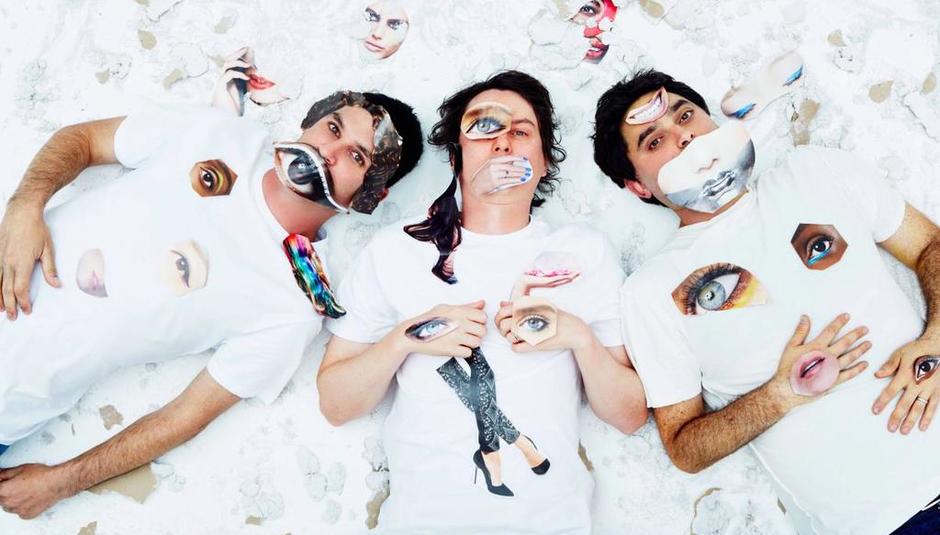 Something like Dadaism: Animal Collective discuss new album Painting With

Something like Dadaism: Animal Collective discuss new album Painting With

Painting With is probably Animal Collective’s most uplifting record. You can hear it from the opening moments of FloriDada’s excited, tribal drums. It combines the colourful electronics of Merriweather Post Pavilion with the childlike enthusiasm of Sung Tongs.

But as with every Animal Collective release, it’s as much of a shimmy sideways as it is a leap forwards, and everyone seems to have their own ideas about where it sits within the rest of their kaleidoscope discography.

For me, the contrast between the lightness of Painting With and the density of Centipede Hz. couldn’t be starker. And indeed, it’s a deliberate departure which the band had in mind as they were going into the writing and recording process.

“We wanted to do something which sounded more minimal”, Lennox explains, before admitting that “apparently it doesn’t really sound that way”.

“But from my perspective it really sounds like drums, bass and singing, with some noise like an element that hovers over those three things. In my mind, it’s a really simple set up. After doing Centipede Hz. and how maximal it was, we were driven to go the opposite way, for the fun of it”

“There was a lot more taking away than there was adding”, Brian Weitz (Geologist) agrees. “And we definitely talked about doing something lighter, something with more fun energy; an upbeat experience of the record from start to finish”

It’s exactly what they’ve achieved. Reforming as the trio which put together the seminal Merriweather Post Pavilion (Deakin is taking more time out to develop solo stuff), the band took a new approach to writing and recording this collection of songs. Animal Collective are well known for extensively shaping their material in concert, jamming songs on tours long before they get committed to studio recordings.

For the first time ever, the songs of Painting With were created in the reverse, more conventional way: writing and recording the songs before playing them live. It was a process that the band found fulfilling.

“And you’re a lot less precious about things, because it’s not what you got used to on stage”, adds Weitz.

I wonder if the band will now have the opposite problem: that they’ll be taking these songs on the road with a fixed idea of what they ‘should’ sound like based on the studio recordings, especially with so many of them being so concise and tight with uncharacteristically snappy running times.

They agree that it’s a concern. “We don’t know how it’s going to happen yet”, Weitz admits. “But we hope we can loosen the screws a bit, and let the songs stretch out”.

These days, the members of Animal Collective don’t live anywhere near each other, meaning that Painting With began with Dave Portner (Avey Tare) and Lennox sending demos to each other. They were worried at first, Lennox reveals, about whether or not the two batches of songs would cohere into something which sounded like a proper album.

Thankfully, there was no need to panic. In fact, Painting With is the album on which it’s most difficult to separate the input of Portner and Lennox. On Strawberry Jam, it was quite easy to point to something like ‘Fireworks’ and call it an Avery Tare tune, while something like ‘Chores’ was definitely a Panda Bear number. You can’t really do that on Painting With.

Their voices merge into one in a unique singing style; a hyper-dexterous trick of call and response, down to the detail of individual syllables, darting back and forth with an energy both manic and fluid. And of course, Animal Collective’s penchant for abstract, conceptual inspiration provides a new framework for the band to work within.

This time, they were fascinated by paintings, and the connective thread formed as they shared their demos.

“We were talking about things in terms of collage, and Dadaism and Cubism and brushstrokes and colours”, Weitz explains. “We noticed the theme. We knew the word ‘paint’ was something which was going to be very central to the record”

They’ve often had quite visual inspiration for their records. Back when they were making Strawberry Jam, Lennox was inspired to make a record which sounded like the texture of those hyper-processed sachets of jam you get on flights. I point out this parallel of visual inspiration, but Lennox and Weitz insist that it’s not too literal.

“It’s not so much like ‘let’s take this piece of visual art, and try to make a representation of it’”, Weitz explains. “With the Cubism influence, it’s like the idea of having a skewed perspective on a traditional form. Even though these songs aren’t the craziest things you’ve ever heard – a lot of the music is pop music – but we like to skew it”

“Something like Dadaism or collage maybe is a little more literal because we’ve always had field recordings and found sounds in our music”, Weitz continues. “But with this one it’s been literally like taking scissors and sticking something in there, like gene splicing”.

Lennox is quick to warn me that these influences don’t always leave marks on the finished products. “On Merriweather, we talked about ballet a lot at the beginning, and you can’t hear that so much on the other end”, he admits. Quite so.

It’s similar this time around. You don’t need a working knowledge of Dadaism to find Painting With delightful and meaningful. The main thing you can hear in it, especially in comparison to their last record, is the joy that went into it. Weitz tells me that they struggled to get into the recording sessions for Centipede Hz. and the finished record definitely sounds like the product of being stressed in a hot, loud room.

Painting With is refreshing, colourful and breezy, reflecting the process of its creation. “The whole thing – from having nothing, to handing the record to the label – was like eight months”, Weitz tells me, sounding like he’s surprising even himself to describe how painless it was. You can hear the lightness in the music. The songs are colourful, spacious and generous, and the result Animal Collective’s most purely enjoyable record to date.

Painting With is released on Feb 19th via Domino. You can pre-order in standard CD and LP formats. The album in CD and LP formats will be available in three different covers, featuring each Animal Collective member – Avey Tare, Geologist, and Panda Bear - as painted by Brian DeGraw. All pre-orders come with an instant download of FloriDada. Order here.

Also, check out the Painting With app to hear 'Lying In The Grass' and be part of an exciting art project.