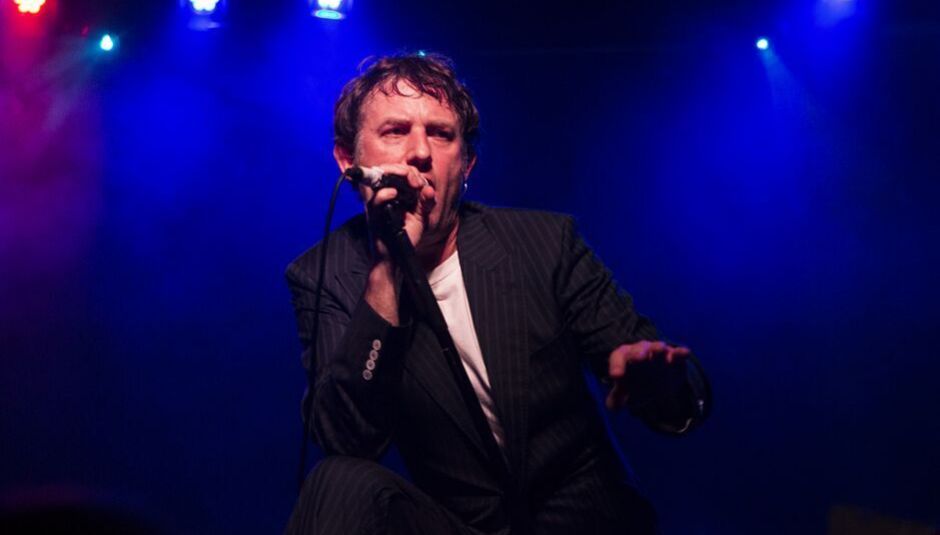 Britpop has been a dirty word since the turn of the century and rightly so. After all, for every Pulp or Blur came a Cast or Heavy Stereo and a generation of lumpen lad rock was born. However, not everything associated with the scene that taste forgot is that black and white.

Take My Life Story for instance, a band so out of time and place both then and now. Formed in the early 1990s by Jake Shillingford, arguably the most flamboyant frontman to emerge from the homegrown pop scene in decades. Their seminal mixture of orchestral chamber pop, traditional music hall theatre and 1980s new romanticism made them one of the most instantly recognisable bands of the era. Along with the first incarnation of the Manic Street Preachers, they became favourites on the fanzine circuit. Indeed the phrase "cult heroes" could have been crafted in their honour. Consisting of anything up to twelve members during their creative peak, debut album Mornington Crescent bears all the hallmarks of a timeless classic. Released on independent label Mother Tongue in 1994, Mornington Crescent depicted both the world around them ('Angel') through the eyes of characters Shillingford no doubt encountered on numerous soirees around the capital ('Girl A, Girl B, Boy C', '(You Don't) Sparkle'), it ranks alongside Soft Cell's Non Stop Erotic Cabaret and Talk Talk's Spirit Of Eden as a record that perfectly encapsulates then and now. And probably will ad infinitum.

Predictably signing to a major label off the back of Mornington Crescent and its three singles successful independent chart placings, follow-up The Golden Mile should have been the record that cascaded them onto superstardom. Even more widescreen and ambitious than its predecessor, its twelve pieces all glistening with potential to be radio-friendly hits in their own right. Released in March 1997, oddly enough around the same time as Skyscraping, the comeback record by ABC - another band My Life Story often found themselves compared to. Still, a handful of minor top 40 hits followed - albeit in the lower reaches of the charts - and while slightly disheartening, the subsequent demise of Britpop should have been the catalyst for My Life Story's potential to be realised in its true light.

Of course that wasn't to be, and after releasing a third album in 1999 - Joined Up Talking - to mixed responses from both fans and critics alike, Shillingford called time on the band - now operating as a four-piece - the following year. These days Shillingford can be found as the Head of Songwriting at Brighton's British Institute of Modern Music (BIMM). So it was a welcome surprise when he announced the band would be participating in their biggest UK tour for two decades this November. While a couple of reunions had taken place previously; at the fifteen years junctures of both Mornington Crescent (2009) and The Golden Mile (2012) respectively; the shows had been confined to London. Mainly due to the logistical nightmare of trying to accommodate twelve musicians on a full scale tour.

Which brings us onto the 2015 version of My Life Story. Only Shillingford remains from the original line-up. Instead, for the purpose of this tour, he's assembled a traditional five-piece band (guitar, bass, drums and keys) along with a plethora of DAT samples to replace the orchestral passages of yore. Having overcome a thieving promoter the previous night in Leamington Spa, this evening's show at Nottingham's Rescue Rooms would pass without incident. Of a defamatory nature at any rate.Resplendent in a blue suit, white winklepickers and trademark coiffured kiss curl, he looks to all intents and purposes the ideal pop star. Opening with a rousing rendition of 'Sparkle', it doesn't take long for the audience to respond in similarly euphoric fashion. Shillingford's trademark high kicks while clasping the mic stand above his head adorn the song's final chorus breakdown. It's a riveting entrance but nothing less than could be expected from the ostentatious frontman.

It may be decades since My Life Story's critical acclaim reached fever pitch but Shillingford still oozes confidence. So much that he chooses to play a couple of obscure b-sides ('Stuck Up Your Own Era' and 'Emerald Green') along with two songs from his shortlived electronic solo project Exileinside ('Breathe In/Breathe Out' and 'I Want You'). Ever the showman, Shillingford relays stories and cracks jokes in between songs. Singling out one audience member in particular for some special (albeit good natured) attention throughout.

There's also a new song aired this evening in the shape of current single '24 Hour Deflowerer', which takes its cue from the guitar-driven sound of Joined Up Talking rather than My Life Story's earlier works. With so much material to choose from, Shillingford could be forgiven for omitting several fans favourites. However, the inclusion of both 'Motorcade' and 'Mr Boyd', both stand out tracks from their respective albums provides a welcome treat.

Unsurprisingly it's the final furlong of tonight's set that creates the biggest wave of excitement. 'The King Of Kissingdom', possibly the only song whose chorus suggests a member of royalty going to work on an E leads indiscriminately into 'Funny Ha Ha', the band's second single from way back when. Biggest hit 'Strumpet' follows suit - Shillingford directing the crowd to sing its brass parts in the absence of an orchestra while acoustic lament 'You Can't Uneat The Apple' opens the encore before a tumultuous '12 Reasons Why I Love Her' brings the show to a pulsating climax.

It's a distinguished finale and one that justifies Jake Shillingford and My Life Story's return. Forgotten gems of the Britpop era they may be, but to the 200 or so hardy souls in here this evening, they're nothing short of life affirming.