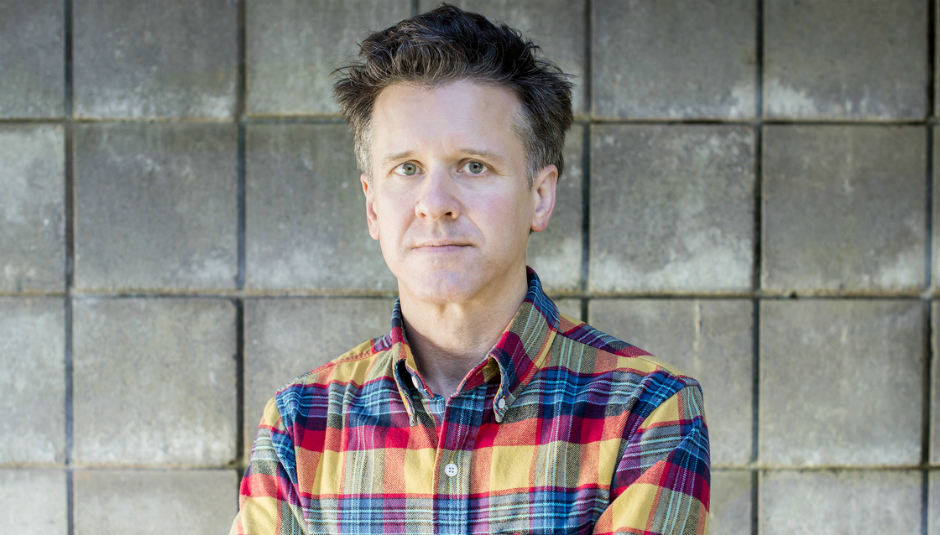 Preaching To The Non-Believers – An Interview With Mac McCaughan

Preaching To The Non-Believers – An Interview With Mac McCaughan

Superchunk and the Chapel Hill scene, for those who came of age in the Nineties, defined and sound-tracked the first steps into reckless abandon and amateur romance. But not in England. Fronted by Mac McCaughan at a time when Britain rolled in a quagmire of sarcastic, retro-fetishist, Britpop, Superchunk were kicking-ass overseas where our American friends were either slacking off with Pavement or bouncing off the walls in a sea of glam-guitar hooks and pop-punk reverie, which Superchunk did so well.

Come Pick Me Up, produced by John McEntire – buy it, it will change your life.

So this year Mac bought out a solo album, released on his own Merge Records (home to Arcade Fire and far too many incredible bands to possibly mention) and, well, it’s super mellow. Non-Believers pushes Mac back into his formative years - the Eighties - and resonates with the very British swirls of 4AD and the reverb of the Bunnymen. The result is a transatlantic wash and a beautiful piece of work that’s highly personal and reflective. Offering a narrative that loosely supposes a story involving two teen goths, we spoke with Mac just before he heads to London for a solo show, and while Non-Believers is a gear-change down, Mac is still as driving as ever.

DiS: So, looking at the loose narrative that Non-Believers puts in place around the teen goth duo; are you one of those goths? What were you like in your teens and were you a fan of UK music? Is the album autobiographical, for example did you or someone you know get a ‘Mystery Flu’ (the fourth track on the album)?

MM: The reference points are the music we were listening to in the early to mid-80s, much of it English. I was not a goth myself though I knew plenty; the record did kind of develop a loose story about two small-town goths in the Eighties living in the US, much like friends I had, and the way awkward adolescence can bring disparate groups of outcasts together and the music that kind of accompanied the time period.

‘Mystery Flu’ is a euphemism for the ennui or lost feeling that comes from not knowing what's happening next in your life, which is pretty common in high school. We simultaneously listened to lots of hardcore punk and bands like Echo and the Bunnymen, Sisters of Mercy, The Cure, The Fall. We drove to Washington, DC to see bands like The Smiths, The Church, New Order, Siouxsie and the Banshees – bands that wouldn't make it to North Carolina. It was all an education and a bonding experience. We were into Public Image and drove five hours to Norfolk, Virginia to see them only to find that they had cancelled the gig. Pre the internet, I guess there was no way to know.

Why do you think the youth of America who formed bands in the Nineties had such a love of Eighties UK bands? What's wrong with Madonna and Jacko?

Much of it - beyond that the songs were really great - must have been the "otherness" of music made so far away by people with teased hair in raincoats. I can't fully explain it. Madonna and Jacko were dominating the charts, but part of the record is about why being a teenager makes you want something darker than what's on Top 40 radio.

And now, as you’ve channelled these experiences into your own expression, why did you decide to do so now? Secondly, why under your name when you’ve an established solo career under the Portastatic moniker? What is it about Non-Believers that meant it could only come out under your name?

I felt like I had retired Portastatic after I put together the Some Small History two-CD compilation and I didn't want to go back to using that name. Playing under my own name, while it has its drawbacks – being difficult to spell predominantly – gives me freedom to play shows like the ones I'm doing this coming week; solo shows where I can play Superchunk songs alongside Portastatic songs and songs from Non-Believers. Since I'm playing under my own name the expectations are more wide open.

Six months down the line, how has it felt to have sailed the maiden voyage with Non-Believers? What have you learnt as a solo artist in this period?

That I was right to think my name would often be misspelled, but there are worse fates. I've learned that no matter how much you hawk your wares on Twitter you still meet fans who have no idea you just put out a solo record and they just missed your show in their town. I've had a great time playing these songs live in very different arrangements than the records – for example there are no keyboards on tour – and while I know six months is an eternity in internet time, for me the record is quite new and I'm going to keep playing shows for it for a while.

If we look at Superchunk, what do the other guys in the band do when you're in solo/Portastatic mode? We assume they don’t sit around waiting for you, and Laura (Balance, bass) runs Merge with you, so what about Jon [Wurster, guitar] and Jim [Wilbur, drums]?

Jon plays with many great artists such as Bob Mould and the Mountain Goats to name just a couple, and works on his radio gig with Tom Scharpling called The Best Show. Wilbur is taking it easy in the mountains of North Carolina. Laura is in the Merge office. Everyone is super busy so finding Superchunk time can be difficult.

Obviously Merge is a huge international operation these days, so how do you manage your time between the daily business of a well-loved label and being a band member and solo artist? What are the ups and downs?

When Laura and I are in town we both are in the office as much as we can be. It's inspiring to work with the artists on Merge and it definitely influences the music I make personally. There aren't enough hours in the day is a feeling I often have; but if I didn't make music I would go crazy I think. So balancing family with label and recording and touring is tough, but it's just what you do. At a certain point you realise: “Oh this is what I do; all these things” and then you try to make it work.

And will you be accompanied by any Non-Believers on this European tour? What are you hoping for from the tour – and what can we expect?

Next time I hope to bring the Non-Believers with me, they’re also in a great band called Flesh Wounds, but this time I am playing solo electric at all these gigs, and I'm looking forward to it.