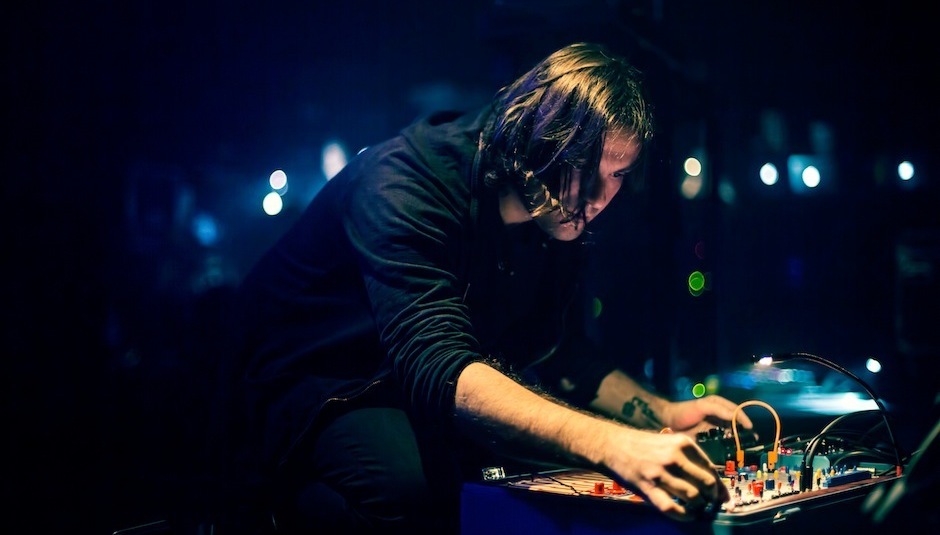 First and foremost, I offer my apologies. It’s been over three months since the last Articulate Silences column and in that time there have been more fine releases than I could possibly squeeze into the space of one column. There is, as a result, a short list of additional recommendations at the end of the column. More ambience will come your way towards the back end of November, as well as the Articulate Silences end of year list come December.

Nothing has impressed me quite as much over the past three months as Alessandro Cortini’s Risveglio. Cortini, best known for his work as keyboard and synth player in Nine Inch Nails, has released a steady stream of solo records over the last few years, but none have quite found their way into my favourites list. The Forse trilogy has undoubtedly been filled with beautiful, highly textured compositions, but without providing anything as comprehensive as the eleven tracks presented here. Paradoxically, Risveglio, like its Hospital Productions predecessor Sonno, was written and recorded on tour with Nine Inch Nails, which makes its clarity of expression particularly admirable. From the beginning this is a record that deftly combines serious levels of intensity with grandiose sound design. I’m now perfectly convinced that Cortini is a major proposition to be reckoned with.

It’s been eight years since Stefan Betke last released a new Pole album, so the arrival of Wald has unsurprisingly been greeted with a mix of excitement and trepidation. As usual, however, Betke knows exactly what he’s doing. Wald, like 2007’s excellent Steingarten and 2003’s underrated self-titled effort, is an evolution of the minimalist dub techno sound Betke first pioneered in the late 1990s. Unlike those two records, Wald is truly the sound of Pole without filters. Textures bleed into one another to create something that is consistently both beautiful and mysterious. Glitch-based shards battle with komische pads and IDM ripples to create a whole bearing traces of everything Betke has attempted over his career to date. Yet it is also wholly different from previous works, making it an extremely successful comeback from a true master of modern electronic music.

Collapse is the first solo outing for former Coil and Psychic TV collaborator Drew McDowall, and it sounds much as the industrial scene veteran’s CV might suggest. This is fairly arcane stuff, with ambient sounds constantly being swallowed up by darkness and the odd splintering burst of post-industrial noise. The overall effect is exceptionally hypnotic, as waves of sound lap over one another, in particularly immense fashion on opener ‘The Chimera Mesh Withdraws (Parts 1-3)’.

Cambridge-based sound artist, and Slowdive drummer, Simon Scott has been fairly quiet as a solo artist over the last two or three years, but now is back with Insomni. This sumptuous forty-minute odyssey sees Scott blend organic and electronic sounds with a wonderfully purposeful clarity. Inspired by a lack of sleep, Insomni’s sound palate brilliantly fuses together dreamlike synth tones and the natural beauty of acoustic guitar. In doing so, Scott adeptly reflects the netherworld between moments of waking lucidity and slow drifts into unconsciousness.

Rafael Anton Irisarri has been one of contemporary ambient music’s most celebrated practitioners for some time now, both working alone and with a variety of collaborators (including Simon Scott and Geir Jenssen). A Fragile Geography is his fourth solo full-length, and as usual it sees Irisarri create an array of sumptuous melancholic sounds. Coming after Irisarri relocated from Seattle to New York – being robbed of much of his gear in the process – this work is bristling with a certain degree of tension. Deeply embedded drones throughout provide an ominous backdrop, upon which Irisarri provides typically assured and beautiful sonic poetry.

Canadian cellist Julia Kent has a wonderful ability to blend the pure physicality of her instrument with the emotive content of her actual playing. Asperities takes this skill – which was reaching new heights on 2013’s Character – to yet another level. There are moments here when the former aspect really takes control. The sound wrought by Kent from her instrument – on opener ‘Hellebore’ and ‘The Leopard’ in particular – is astonishingly powerful. Then, at the other end of the scale, is the exceptional emotional rawness that takes over the album towards its conclusion. The finesse and dexterity of these compositions makes Asperities most complete record to date. Essential.