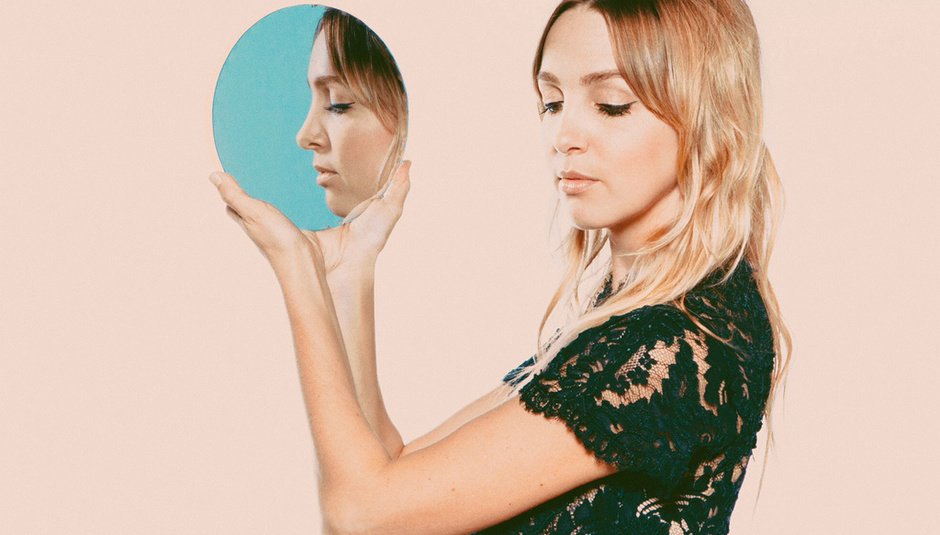 In our continuing process of evolving the DiS singles column in a post-Rob Leedham world, this week we’re looking back at the best of the month. Oh and go on then, we'll include a few new releases from this week too.

Rather than a single of the week this week, we've decided to share our best tracks of July Spotify playlist. This monthly collection of tunes encompasses tracks we've been raving about in this weekly round-up, as well as tracks from albums our team have been loving.

Kate Solomon: I woke up at 7.30am and saw there was a new One Direction single so I listened to it in bed. It was fine. I made a joke about how the lyrics are a bit Des’ree on Twitter that literally one person enjoyed. I fell back asleep.

I woke up again at 9am. Look, I’m not feeling very well today and I’m a freelancer with no imminent deadlines on so it’s fine. I listened to 'Drag Me Down' in bed again because I can’t remember it at all. I thought about how it’s funny that they’ve called it 'Drag Me Down' when the song is supposed to be the opposite of that. Even Christina Aguilera was willing to have the extra syllable so that Can’t Hold Us Down could get its message across in the song title. I suppose that was before Twitter though.

At 9.30am I am sitting at my desk with 'Drag Me Down' on repeat because it keeps slipping in and out of my mind like a piece of overcooked spaghetti. I can’t pin it down. It’s a bit fast, isn’t it? Doesn’t it feel like it was supposed to be slower but they had to speed it up because no one could bear to spend more than 3 minutes on it?

At 11.18am I listen to 'Drag Me Down' again. You know how in films, even super realistic robots are missing a vital component of humanity? It’s a bit like that, in song form. They’ve got the shape of it right - it’s got a loud bit and a quiet bit, it’s got a cool break down in the middle, it’s got a rousing riff that you can imagine them stamping along to on stage. There’s so much repetition, I’m surprised I can remember any other words that exist apart from the 36 individual words in 'Drag Me Down'.

What it hasn’t got is heart. It sounds like a song a band in a sitcom would record. Even the gang vocals sound a bit like a keyboard setting. In the last few seconds, it sounds like they are being dragged down. It literally sounds like they’ve run out of puff, and the monster that grabbed hold of their collective ankle as they tried to escape through a ceiling tile is starting to pull them back into a seething mass of selfies and contractual obligations. On Genius, a lot of Directioners are frothing about how this is a song about One Direction fans and their limitless love for the boys; do you know what, I think they might be right.

Sean Adams: The only thing consistent about Prince is his ability to drop a high-quality tune whenever the hell he likes. 'Stare' is an impeccable, playful, funky-bass, cheeky 'Kiss' sampling, breezy brassed, hod-nodding, toe-tapping, shoulder-shaking JAM. And like crumbs from the Gods, we will happily scoff it up and party like it's 2079.

Sean Adams: Bish Bash Bosh? Chk Chk Chk? Whatever. They're back. With two new tunes. And a monkey. Our flashplayer isn't working or SoundCloud is playing up or something, so hopefully they're quite good. Welcome to the cutting edge of internet technology.

Sean Adams: With her forthcoming album Lovers Know, some-time Postal Service member Laura Burhenn aka The Mynabirds has managed to not just make the album of her career, but the most wonderful independently released (through the ever reliable Saddle Creek) all-caps POP albums of the year. 'Semantics' is without doubt the biggest tune on the record. With it's big drums, sulky synths and falsetto croon, it's like the song we've been waiting for The Killers or Feist to release for a decade. This is as more-ish as Carly Rae Jepsen's 'Run Away With Me' but as timeless as anything Stevie Nicks has put her name to.

Sean Adams: It's strange to think that within a matter of notes your brain can dart from Hot Chip to Django Django to a little known but fondly remembered band named The Rakes to MySpace mighta been Dave E Sugar ('Chelsea Girls' was a tune!) to Tom Vek; and then over the ocean to LCD Soundsystem to The Doors. Nicky Blitz shoves all those names in a blender and out comes these slightly bonkers pop songs with a long lingering shadow of rock & roll. He lives in LA, which means the songs have a wonderful sense of aspiration and clarity.

These INSERT-COW-BELL-HERE compositions might be reminiscent of the recent past for a reason, as it sounds like he's trying to single-handedly reinvent blog-haus for a whole new generation (which is good news if you're sitting on a stock pile of limited edition Friendly Fires 7inches, I suppose). And you know what, anyone who can make a song like 'Alive' contain both the silliness of Bran Van 3000 and the melodic nous of Kings of Convenience has got our full attention.

Sean Adams: And finally, we leave you with a sunset-drenched slice of jangly odd-pop made to make fans of Pavement and Evan Dando's mouths water.

Lead image of The Mynabirds by Jessica Ewald.

To be considered for next week's column please send your new releases to singles@drownedinsound.com.