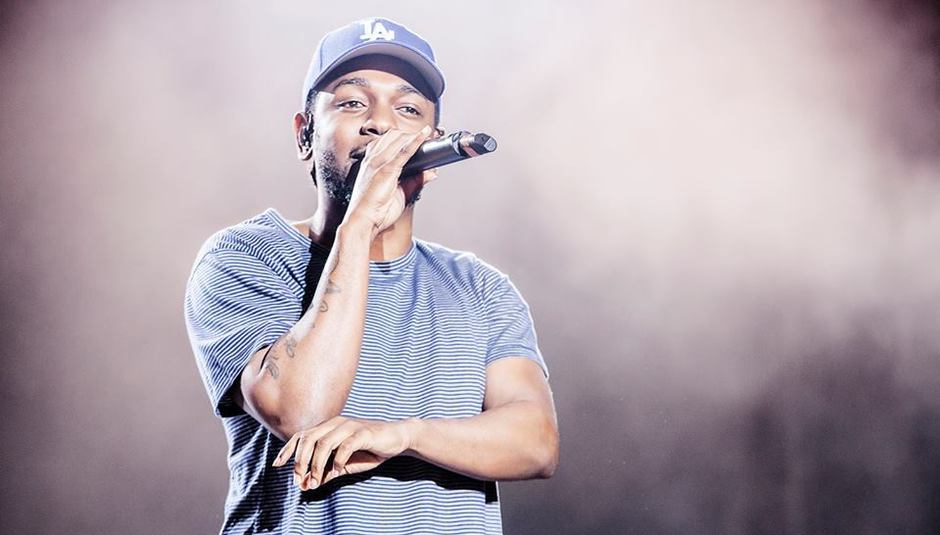 ‘It may sound clichéd,’ says Aloe Blacc a few songs through his slick, engrossing set on Saturday, ‘but love is the answer.’ The previous evening Kendrick Lamar (pictured) closes his show by promising to see everyone soon. ‘I love y’all!’ he cries, as he takes his leave. ‘We don’t need no more trouble,’ sing Damian ‘Jr. Gong’ Marley and his group as the festival draws to a close. ‘What we need is love.’

Cruïlla 2015, now boasting the ‘Barcelona Summer Festival’ tag, took place over the second weekend of July. With a new smart wristband scheme, several fantastic ‘food truck’ options and an eclectic line-up heavy on hip-hop, jazz, reggae and R’n’B, it occupied more of Barcelona’s vast Parc del Fòrum than ever before, and it was a soulful, invigorating pleasure (minus one show, admittedly, but more on that later). Here are five reasons why:


Kendrick Lamar is no stranger to these shores, having gone down extremely well at Primavera Sound last year. He reminisces about that previous concert and expresses his pleasure at being back during his headlining set on Friday night, in which he works the crowd like a pro. The wonderful thing about it is that the rapper really does come off as genuine: when he says he fondly remembers the only other show he’s played in Catalonia you believe him, and while stating that he recognises some of the faces in the audience may be pushing it a bit, it’s all of a piece with the sense of warmth and presence he brings onstage. In a set relatively light on To Pimp a Butterfly - save ‘Alright’, ‘i’ and ‘King Kunta’, all of which are dizzyingly, blisteringly good - he digs into Section.80, airs much of good kid, m.A.A.d city, and is greeted with reverence by a crowd who are with him all the way, till a triumphant ‘Compton’ sees him off.


Because Music Is the Language of Us All


Australia’s The Cat Empire have a big following in Spain, and this year they feel more or less like the perfect Cruïlla booking. A melting pot of influences that takes in jazz, ska and funk as well as soul, hip-hop and reggae, they make music that is unabashedly joyful; as much about unity as it is about dancing, and that’s the main business of their Friday night set on the PayPal stage. ‘Two Shoes’ pays homage to Bob Marley - which will become a recurring theme of the weekend - while the refrain of ‘How to Explain’ is echoed back at them by a boisterous crowd. ‘Music is the language of us all,’ it goes. Like Aloe Blacc’s sentiments the following day, it could all sound a little hackneyed, but it doesn’t. It sounds brilliant.


The Sun Is Shining


The strains of Ms. Lauryn Hill covering Bob Marley’s ‘Jamming’ and ‘Is This Love’ float across from the Estrella Damm to the PayPal stage as her tremendously disappointing show labours towards its finish, moments before Damian ‘Jr. Gong’ Marley is due to perform. Hill had come onstage 40 minutes late after a shoddy DJ set, by which point boos and whistles were rife among a huge crowd. The sound was muddy, the backing singers inaudible, the lead guitar out of tune, and ‘Ex-Factor’, when it arrived, almost unrecognisable. A late slew of energy in the form of some Fugees songs and the levels finally sorting themselves out isn’t enough to save a show that many had left before it even started. To say that Hill’s career has faltered in recent years while the singer has battled numerous problems would be an understatement, but to actually see such a tired, scrappy performance from a talent that once burned so bright is jarring, sad stuff indeed. ‘Lauryn Hill Owes Us Nothing,’ states this recent, generally on-the-money Pitchfork article. She owes herself the chance to get right, however, and I’m sure I’m not alone in hoping that she gets the love and support needed to make that happen.

On a brighter note, Damian ‘Jr. Gong’ Marley puts in the performance of the weekend. Cuts from his collaborations with Nas (and Skrillex) abound, as, aided by a note-perfect band and a pair of incredible backing singers, he whips the crowd into a frenzy. His energy is remarkable, and as the set works its way through various dancehall-infused sounds towards an extended tribute to his father (‘Could You Be Loved’, in particular, brings the house down) he only seems to become more enthused. It’s infectious, contagious, sing-along stuff, and the moment when he brings out his infant son Elijah - almost dwarfed by the microphone he clutches - for a couple of verses is rapturously received. It is a show, alright - and one that not many in attendance will forget in a hurry.

(What’s more, the sun is shining, really, shining like you wouldn’t believe, the whole weekend. Temperatures in Barcelona often climb into the high 30s come August, but the sweltering heat seems to have arrived a month early this year.)


Xavier Rudd & The United Nations are, it’s safe to say, probably not everyone’s cup of tea, though the fact that their fans cross over at all with those of FFS (Franz Ferdinand & Sparks) (who play a sharp, fine-sounding show on the Estrella Damm stage that I watch mostly from the back) is enough to lend credence to why Alex Kapranos and crew got into it in the first place. Rudd is a barefoot, didgeridoo-toting Australian singer who peddles a socially-conscious, roots-flavoured style that often comes off earnest to a fault. Yet, as he and his outfit tease deep grooves out of what begins as a resonant acoustic drone down in the fading evening light of the amphitheatre, it makes perfect sense. When he thanks the group’s audience for the ‘beautiful energy’ they’ve brought to proceedings it sounds good, and right, and reflective of the weekend as a whole.


Because It’s Barcelona and It’s Summertime


…and atmospheres don’t get much better. Jah bless.