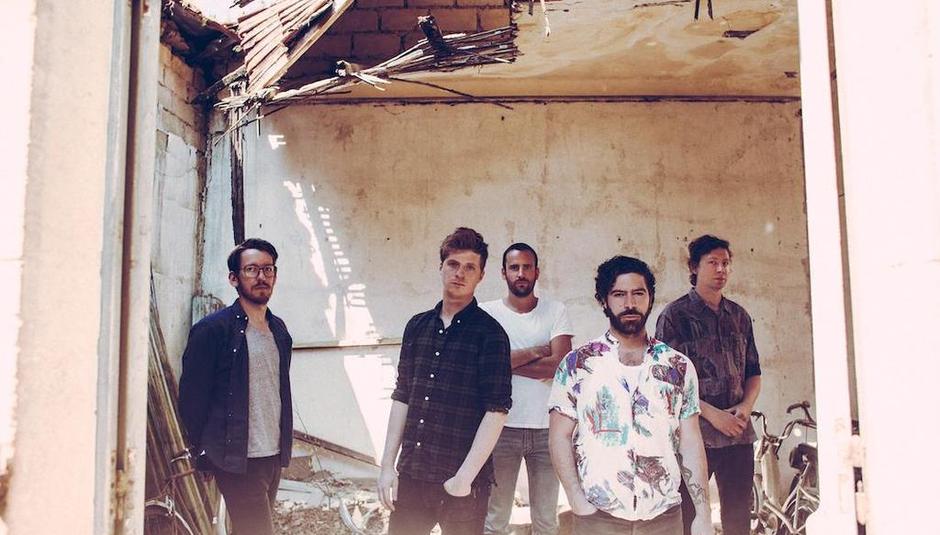 Hello and welcome to a special Foals-themed edition of DiS Does Singles.

In celebration of the brand new ‘What Went Down’ we’ve ranked the Oxford born band’s 17 singles in order of brilliance. Obviously they’re all great, but which is the greatest? These are the questions a music columnist lives to answer.

'Out Of The Woods' was the fifth (FIFTH!) single to be released from Holy Fire. Unless you're Taylor Swift, this isn't standard music marketing behaviour. Let's just say Foals' most recent release, prior to the almighty 'What Went Down' ranks as too much of a good thing. A bit like having your birthday in December or Pizza Hut's hot dog stuffed crust abomination.

There's nothing inherently wrong with 'This Orient'. If you had to imitate a Foals song, you'd probably write something quite like it. By that I mean just mush a lot of tremolo guitar together until it sounds wonderful. Basically, this is the Foals song you’d take home to meet your mum.

Close your eyes, hold your breath ‘til 100 and dive into an shimmering realm of slowburn torpor. ‘Late Night’ is one nihilistic rhythm, writ large over five minutes of downcast synth and rasping percussion. The fact that no one’s made a disco mix of it is quite frankly disgraceful.

Wikipedia tells me that ‘Red Socks Pugie’ was a Number 89 smash hit for Foals, which seems pretty good going for a song that’s total nonsense. As much as this Antidotes track will make butterflies crash around in your stomach as though it’s the Large Hadron Collider, it also starts with the endearingly pretentious words: “In context”. Early Foals, they tried so hard.

‘Bad Habit’ is ‘This Orient’ with a miserablist twist. An emo confessional set to calipso percussion. It is the great unwritten Fall Out Boy anthem, and I sincerely mean that as a compliment.

As Foals have grown older, Yannis Philippakis’ lyrics have become less abstract. Where once the fringed-frontman would paint around an emotion with pointed syllables, he’ll now depict a clear narrative: “You don't have my number/we don't need each other now.” Give ‘Olympic Airwaves’ a spin and “dis-ah-peer” back in time back to 2008.

Much like a drunken fumble in a nightclub toilet, ‘Blue Blood’ is all about its climax.

Much a like a drunken fumble in a nightclub toilet, this only takes three minutes to arrive.

Groove Is In The Art.

The video for ‘Cassius’ is an impeccable example of the ‘young band gets lots of money, spunks it up a wall’ genre.

“How can we be both arty and provocative?”

“Who cares? We’ve already spent our budget on a load of raw meat, flowers and paracetamol.”

Jack Bevan is the centrifugal force in Foals. Without him, you suspect everything would collapse into a mess of itchy baselines and yelped lyrics. Every so often, he gets to cut loose and wonderful things happen.

Just listen to the intro on ‘Balloons’. That’s the kind of tub-thumping action to give a young boy sweaty palms.

As with the Indominous Rex and Conservative polling data, you should never underestimate the power of a key change. The title track from Foals’ fourth album features a monstrous shift from hulking riffs to cresting organ, and in one fell swoop had me air-punching the heavens. 'What Went Down' is one hell of a reintroduction.

Sure, Arctic Monkeys, alt-j and The xx all have a Mercury Prize, but Foals have written the greatest song about cosine waves of all time. You can take that sort of accolade to the bank.

‘Inhaler’ is arguably Foals’ most important single. It’s the one that saw them become a full-on RAWK band capable of both filling festival fields and the Royal Albert Hall.

“Can I get enough spaaaaaace?” asked Yannis.

Midway through the recording of Total Life Forever, Foals went on a mini-tour around some of the UK's worst cities. I saw them at Portsmouth's Wedgewood Rooms where they played 'Spanish Sahara' to an audience of camera phones and bewildered fans.

At that point in time, I was aching for 'Mathletics pt.II'. Foals thought I'd prefer an eight minute glacial epic. As usual, they were right.

The Big Bang. The Bermuda Triangle. 'Hummer' not featuring on Antidotes. These are life's greatest mysteries.

Is there anything more joyous than the double hi-hat hit in ‘My Number’s intro? Maybe pizza. Maybe.