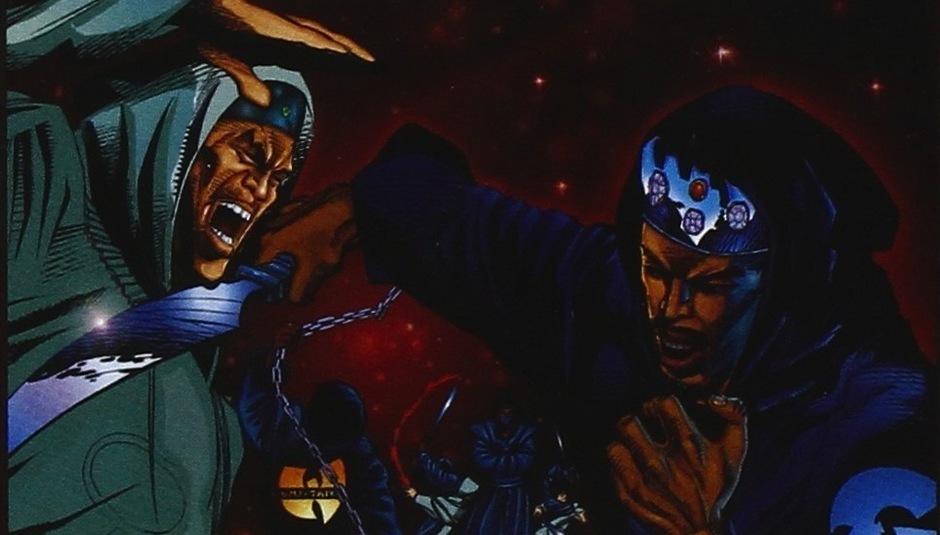 Despite a lack of conviction in the disappointment that was A Better Tomorrow, members of the Wu-Tang Clan remain cloaked in myth more so than any other ‘Golden Era’ icons – bar, perhaps, Biggie Smalls. This seems partly self-fulfilled, but more often than not it is exaggerated by hip hop idealists like myself. I happily gloss over the evident lack of interest shown in the Clan’s latest album, crystallising them in a space in time when Ol’ Dirty still screams “Keep It Real” and RZA is yet to act alongside Dwayne ‘The Rock’ Johnson. The unfortunate reality is that the clan’s importance inevitably wavers.

GZA, for me, has kept all the curiosity and intrigue of the early days in a more satisfying way than most. Whilst Raekwon and Ghostface pepper the media in promotion of their Only Built 4 Cuban Linx tour and The Purple Tape documentary, there has been not a peep from GZA about his own anniversary tour. RZA continues to appear in big budget Hollywood flicks and GZA still finds time to hang out in Brooklyn for a spot of chess. This is not to lambast the more media friendly members of the group for their successes, but I think we all find something admirable in someone who hangs back, complacent in the strive for notoriety.

For all of GZA’s idiosyncrasies, however, Liquid Swords has endured. But why? It never had the commercial vision of Tical, Only Built for Cuban Linx, Ironman or Return To The 36 Chambers: The Dirty Version. There are no lead singles that spring to mind in the way that ‘Shimmy Shimmy Ya’, or ‘Criminology’ do and it never had the personality that was so integral to Ol’ Dirty, Raekwon, Ghostface and Method Man’s solo releases. I think the answer lies somewhere in its sonic similarities to Enter The Wu-Tang: 36 Chambers. There is a loyalty there to what was started in ’93. It is tyrannous in the continued use of the Kung-Fu motif, the choppy production, bleak imagery and “Life is like a game of chess” adage. RZA was heralded in the early days for being able to understand each member’s individual talents and compliment each one with stylised production. The person he understood most must have been GZA. Partly because they are cousins, but partly because GZA encapsulates what early Wu is about. That understanding comes together on Liquid Swords like no other Wu-Tang solo project.

This cohesion, however, could not last. After Liquid Swords, that bleak, choppy and gruesome sound was not really recreated to the same degree. As Wu expanded, there was a continued diversification and actually, the album didn’t influence other rappers in the way that Only Built For Cuban Linx would. It had more staying power with us, the listeners. It represents a moment in time where, for devotees, everything was perfect; a moment of enlightenment. The other major players in the outfit would continue to expand and develop hip hop into the powerhouse it is today, but GZA, unfortunately, would never release anything quite as good. Liquid Swords remains a moment when something magical happened and the rest, where something magical was happening.

A defining feature of GZA and something impossible to emit when talking about Liquid Swords, is the intelligence with which it is delivered. Even the most egocentric members of the clan have been known to step back from their culture of self-aggrandisement to give him props. Although GZAs moniker ‘The Genius’ was a self prognosis, it is difficult to find someone within the clan or out who can deny his mastery of words. This doesn’t come in the form of complicated issues either. Even trivialities are spoken about with the eloquence of a poet. The LP’s title track was made for the sole purpose of letting us know just how ill he really is. Lines like “I don’t waste ink, Nigga I think / I drop megaton bombs more faster than you blink” simultaneously act as battle cries for other emcees, but are delivered with reference to science and hold hints of a satirical socio-political compass. In the same breath, he is not one to turn his nose up at quick one-line similes: “That’s minimum and feminine like sandals / my minimum table stacks a verse on a gamble.”

Throughout the narrative of the record we aren’t faced with anything truly surprising: life in the heart of the ghetto, stories about gun-slingers, the Nation of Islam and a penchant for self-aggrandisement. It is the eloquence with which it is delivered that makes it stand apart and GZAs ability to tell stories from an objective point of view. Raekwon and Ghostface are famous for their incredible ability to set a scene from the first person, whereas GZA is omnipotent and calculating – another extension of his chess conceit. Instead of a piece in the game, he is the player, foreseeing moves and timing a response. The thing that is most impressive, however, is that, for all his lyrical complexity, there is never really a time where he becomes over-bearing. We are never left feeling that something needs hours of contemplation to understand. In fact, this is the most satisfying thing about most good writing. We are made to feel intelligent by making us work just hard enough to challenge, but too much to leave us isolated.

All the members of Wu-Tang offer something. Raekwon, Ghostface, RZA and the late ODB may have found most notoriety, but, for me, GZA and this album will forever encapsulate Wu-Tang. The echoes of their importance continue to fade, but the lucidity of Liquid Swords can last forever; transporting us to a moment in time before A Better Tomorrow, when the movements of a chess board were cut with the chop of a Wu-Tang sword. 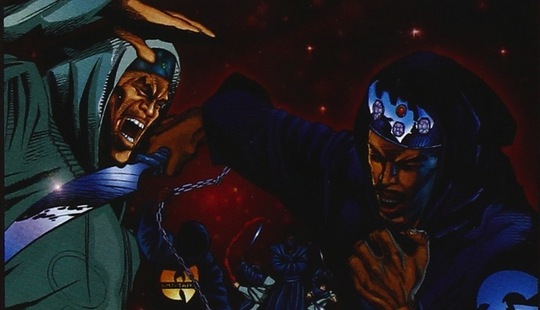 Posh toppings and no base: DiS does t...