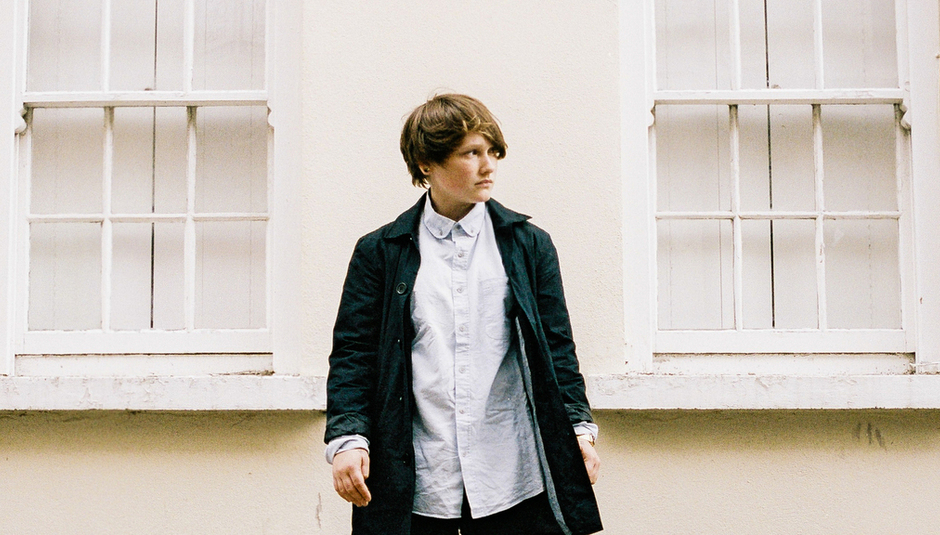 Many people go their whole lives without displaying the kind of compassion that Bridie Monds-Watson tapped into at 13 years of age. Inspired by her ill friend's unfortunate dealings with a school bully, she penned 'Sea Creatures', the song that would provide a launchpad for her SOAK project. It's a straightforward but hugely powerful effort, guided by a soft guitar line reminiscent of a softened version of The Cribs' 'Men's Needs', but the crucial punch to the chest comes right at the end as she calmly, perhaps somewhat ambiguously, states:

"I prayed for you, and you know I don't like Jesus
Want you to get better
Please please get better
For you, for me…"

Monds-Watson's debut, Before We Forgot How To Dream contains many such moments of naked empathy, and yet this particular imagined exchange almost didn't make it to the dance. As adolescence and a rising career converged, the Derry-based singer/songwriter found herself with some difficult decisions to make. As she says, the record is 'sort of a weird concept'. "Some songs are from being 14 and some are from being 18", she notes. "It's quite an odd arrangement of moments." Plus, this scribe heard her confess at a festival that she was almost sick of 'Sea Creatures', having moved on so much from that point and yet finding it develop a life of its own as a firm fan favourite.

"Yeah!", she laughs after polishing off some lunch whilst waiting to soundcheck for Later… with Jools Holland. "I feel like when I released that for the first time, it was an independent, no label, no promotion, really basic recording, 'There you go' kind of thing. So, yeah, I was sick of it at that stage! But my managers asked if I were to do it a second time, a couple of years on, what would be different? I figured, 'I don't know, I'll try'. I'm a much bigger fan of the new production on the album version, it makes the song brand new to me and it's a lot more fun to play live as people get excited and sing along. 'Sea Creatures', 'Blud' and 'B a noBody' all did extremely well in terms of getting me out there and getting through to people so it would have been stupid not to put them on the record."

Named on BBC's Sound of 2015 Longlist, signed to Rough Trade Records and garnering high-profile positive attention from the likes of Amanda Palmer, Monds-Watson has already blazed quite the trail at just 19. Softly-spoken with a cadence and quickness that belies her young years, she practically redefines 'young adult'. Having a rake of tattoos helps, too; she's 'up to 20-something now' having recently added 'goon' to one of her knees following a successful Australian tour (It's a colloquial thing). If 'Sea Creatures' announced a talent of wistful promise, the aforementioned 'B a noBody' cemented it. While it's tempting to read the beckoning of the title's refrain and lines like "We'll never amount to anything" as an anthem for doomed youth, these declarations carry a knowing catharsis when unfurled as part of the SOAK banner. It's an anthem, most definitely, but a defiant and beautiful one.

"That song came together when a load of different aspects combined", she explains. "My friends were leaving their respective schools, my brother had dropped out of university and I was about to embark on this album campaign all the time and I was just looking at the separation in all of our lives and also thinking about how I was meant to comprehend what they're doing when I'm off doing something totally different. With my brother, it was a thing where he'd be like, 'Oh you're doing all this and I'm doing nothing, I can't even get my shit together' and that's where the idea of 'B a noBody' and the whole concept of 'being a nobody' came from.

"It's a massive self-contradiction because the idea of being a nobody is the exact same concept as being a somebody. It's just one word replaced. It's interesting how changing just one word can have such connotations.So I wrote about that and about teenage life, comparing my own life to my friends. I have a lot of friends who have serious mental health issues and I have my own personal stuff going on, also. I feel like it's good to talk about things from a new angle and maybe be a voice for that sometimes? I just felt like I needed to do that."

Before We Forgot How To Dream boasts an interesting structure with several brief instrumentals dotted across its landscape. One stands out from the pack in name alone, acting as something of a mirror - the minute-long piano and distortion-drenched haze of '"If Everyone is Someone - No One is Everyone"'.

"That's 'B a noBody' defined", nods its author. "Whenever it came to doing instrumentals, when they were mixed and mastered, I named them the first time I heard them. '"My Brain"' is because it starts off calm and then it swells and gets really intense and you feel like it's going to explode but it doesn't, it calms down again. 'With "If Everyone is Someone - No One is Everyone", the theme of 'B a noBody' is quite recurrent throughout the album and I felt like it was something I wanted to make a point of much later on the record. That idea was the first thing that came to mind when listening to it, just the idea of it as a statement that reinforces the idea of 'being a nobody'."

Was it difficult to assemble the running order, given the lapses in time between songwriting?

"Not really, actually. With the track listing, because the songs are so far apart in terms of the years between them in which they were written, it was like, 'What should I do?' thing. Should I go in a documentation kind of way, like a verbal diary or should I do it as I think it should be done? As for what should go where, dynamically, for me it starts off small and builds to a climax before the fifth track before moving into a weirder, darker section and then it gets up a tiny bit before the ultimate, dark part of the album comes in. I wanted it to be up, down, up, down and then leave on an almost self-destructive musical scary bit. The album ends with 'Oh Brother' - apart from the hidden track - and that's the conclusion to 'B a noBody' for me. I wrote 'B a noBody' about my brother, about how his life was falling apart a little. At that stage, we weren't getting on that well and we didn't really speak so much. 'Oh Brother' is kind of like a general cry for help. You might not be talking to someone but you still need them at the end of the day. It's a fitting conclusion, in a weird way!"

Very much so. In conversation with DiS last month, Bethany Cosentino of Best Coast spoke about mostly accepting the maelstrom that is People Talking About You On The Internet. In her case, it's largely active avoidance, though she makes an exception where Twitter is concerned. SOAK is notably quite lively on the social media giant, engaging with fans and offering up fun snapshots of her increasingly busy lifestyle. Has she run afoul of the more awful aspects of online culture?

"I'm lucky in that I don't get a ton of shit over much", she begins. "I don't think I appeal that much to the type of audience that would act that way and I've been lucky in that I haven't attracted a lot of shit on YouTube or Twitter. The only one that comes to mind was when I did a thing for Radio 1 and that's a pretty mainstream outlet, a great deal of the public listen and you never really know who will end up listening. I got quite a lot of shit over that, appearance-wise. 'Cut your hair', 'Wear this', 'Change your style', that kind of thing. I really hate people telling me what to do so it really fucked me off. People are people and will always have different ideas on things, I get that, but I didn't like it.

"It's weird having things that you do analysed. I've been lucky otherwise, but I shouldn't have to say that I'm lucky. It simply shouldn't be a thing. There should be filters on it, too. I don't get why that's not a bigger thing. At the end of the day, it's clearly people who have fuck all to do with themselves and are very sad. It's not like them writing things like that is going to change anything. No happy person purposefully goes to YouTube and decides that today they will make fun of someone else. It's stupid."

Amen. On that note, having endured quite the battle to get that big blue 'verified' tick next to her handle, might she consider adding the signature swoosh to her ever-expanding list of body art?

"I am not going to get that tattooed. Absolutely not!"

Before We Forgot How To Dream is out now on Rough Trade Records.