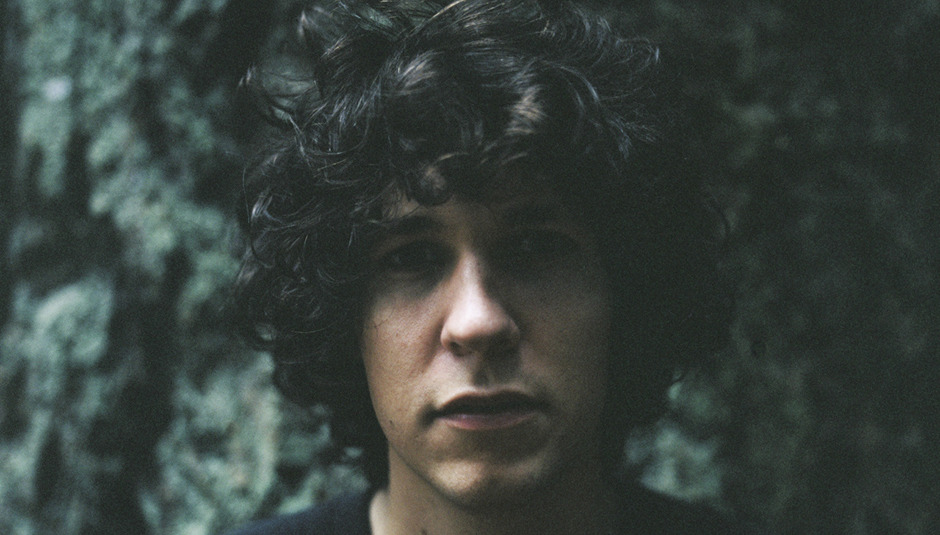 DiS meets Tobias Jesso Jr.: "I grew up in a tone-deaf home"

DiS meets Tobias Jesso Jr.: "I grew up in a tone-deaf home"

Tobias Jesso Jr. is is a dab hand at both balladeering and self-depreciation. His debut album, Goon, totally embodies this affable, bumbling mantra. You listen to it and immediately get swept up in a classic underdog story. One you’ve heard before from Randy Newman, Adele and Cass McCombs, but will doubtless fall for once more.

Born in Vancouver, Jesso Jr. spent high school learning guitar and his early twenties trying to make it as a musician. Eventually, the 6 foot 7 troubadour ended up in L.A.. Then he fell in love. Then he got dumped, hit by a car and found out his mother had been diagnosed with cancer. A quick-fire series of events that saw him give up on life in California and return home.

It was back in Canada that Jesso Jr. first taught himself how to play piano. He crafted a string of simple lovelorn songs, filled with few notes and several fumbled chords. There’s nothing complex about the likes of 'Without You' or 'Just A Dream', they're intensely likeable though. You feel for the guy who's down on his luck and lamenting his amorous misfortune.

J.R. White related to Jesso Jr too when he was emailed a collection of tracks by him, just after Girls had split up. He told the dumbstruck troubadour to get back down to L.A. and start making a record. And so, with the help of producers White, John Collins of The New Pornographers, Ariel Rechtshaid and The Black Keys' Patrick Carney, Goon was reborn.

To celebrate, we got on the phone with Jesso Jr. to talk about making stink eye at your neighbours, being called a puppy dog, and, erm, bread making. Also, some serious stuff.

You’ve made an intensely personal record in Goon. The songs must mean a lot you, now you’re about to give them away to anyone who listens. How does that feel?

I can’t believe I wrote a wrote a song 'Can’t Stop Thinking About You’ with my ex-girlfriend’s name in it. The record stream went up and there were 40 Mary Anns tweeting, ‘This is my song.’ Which is bizarre. I look at their pictures and I say, ‘I don’t know you.’

What does the actual Mary Ann say?

Yeah. She likes it. She’s happy. It’s not like I’m... How would you say it in England? Taking the piss out of her or anything.

The first songs you shared online had a photo of you playing at a keyboard. Did you grow up in a musical home?

No, a tone-deaf home. There was never music playing in my house. The same album has been in the CD player since 1996.

And then you learnt guitar when you were in high school?

Yeah. Maybe I was 15 or 16. I was just back home, I went to surprise my parents before I go on tour and I pulled out my old yearbook and looked at the big grad photo of everyone. There I am in the top corner with a guitar trying to look cool.

What do your parents think about you being a musician, given you weren’t brought up as one? It must be a surprise.

I was just having a conversation with my mum about it. When I left to go back to L.A. it wasn’t real. Then they wrote about it in The Vancouver Sun and it was real. She cut it out and put a picture of it on Facebook. The headline was ‘Tobias Jesso Jr. is about to blow up’.

So I commented, ‘Geez. You stick a couple of sticks of dynamite on your chest and suddenly you’re big news.’ She got pretty upset about it.

It’s funny because I went back home I was like, ‘So it seems as though this whole music thing is going to work out.’ Then she proceeded to tell me all the people who didn’t believe in me over the years.

Well yeah. She said, ‘There were a lot of people over the years who said you needed a back up plan.’ Like my neighbour, people she’d run into. I’m just listing names, but I do know my neighbour did say that. I saw him cutting the lawn later that day. I gave him the stink eye.

You’ve said the record is about a breakup and L.A.. Which affected you most?

L.A., definitely. The record is Vancouver based 'cos I was sad and rainy and back at home in a little bunker down in the basement, but the theme of it is all L.A.. That’s why people have a hard time placing it as a happy or sad record. Because the theme of the record is very polar to the way I was writing it. Something like ‘Leaving L.A.’, I wouldn’t expect those lyrics to go with that music.

So what specifically about L.A. affected you?

It was just the idea of L.A.. When I came to L.A. I had one idea, which was you go there and you’ve half made it. This is where you get in a line and once you get to the front of a line you get handed a successful job. When I left L.A., I looked back on that whole period of time and realised that I’d arrived a hopefully, pretty green guy and left a jaded green.

The record is endearingly naive.

I’ve been described as a little boy or a puppy more times than I care to count. I’m not taking it as a compliment.

Why do you think that old school ideal of Hollywood still appeals?

It’s hard to think of yourself as an artist in your own town and L.A. was the first place I went to live independently where I could make myself feel like an artist. I think I needed to convince myself of that a little bit because I didn’t have the confidence that other artists do.

But then you went back to Vancouver and actually wrote about the bad times you spent in L.A.. Is there a temptation to look back on that period of your life in nostalgia?

Right. It wasn’t all bad. I think it’s a good story. I was still in sunny L.A., waking up and having a cup of coffee in the morning. I was still playing music. I just wasn’t successful at it. I was plenty happy, but then when you worry about the future that can be a heavy thing to think about.

So I got to a point in my 20s where I was confused. I didn’t know who I was going to be as a person. I tried to get in touch with that by baking bread. Trying to learn skills that I could apply to a long term ‘me’.

Good man, real good. You’ve gotta check out my Instagram, man, I put up my loaves on there. I don’t it’s the most cool thing to do, but I’m proud of it. The loaves don’t get as many likes as a selfie.

What’s the first song you wrote when you got back to Vancouver?

It was ‘Just A Dream’. I have really specific dreams a lot. I’ll wake with TV shows and all kinds of things. I’m sure a lot of people do but they’re too embarrassed to talk about it. I have no sort of shame.

So I woke up from this dream where it was apocalypse time this woman I didn’t know who was my wife and the world was ending. You know those movies with Tom Cruise where he’s transplanted into the past? He’s in the war and shooting everyone and no one knows why.

I woke up and was thinking about it all day, wondering if I could turn it into a movie or something. I had this tune I’d written that I’d done on my sister’s keyboard, just dinking around. So I wrote the lyrics down, “Yesterday I had a baby/Now she's one day old/ Looks just like her old lady”, and wondered when I said “Last night I had a bad dream” people would realise whether it applies to the whole song.

Then a lot of the early stuff was like, ‘New father reveals heartache..’

After writing your songs in Vancouver you emailed a couple to JR White from Girls. Do you remember where you were when he replied?

Yeah. I was just sitting in my room. I sent him the email and it was maybe an hour later, I thought it would be at least a couple of days. It was a really short email he wrote back, he sent me his number and then said ‘Give me a call’. I could see it in the subject line and I remember seeing it and my heart just started racing. It was one of those dream come true moments. I knew it wasn’t going to be, ‘Hey man. Your songs suck. Don’t ever email me again.’

How would you describe your piano playing. At times it’s kind of fumbling on the record?

If I was to say on record two, I was to have a song and I wanted it to be twice as fast I would have no problem with a piano player coming in and playing it.

The album is a lot more embellished than the demos. There’s a lot more production gloss. Why is that?

When I wrote the demos, I was listening to them myself and I knew who I was. I knew what my voice sounded like and I knew how good I was at piano. So I looked past those aspects and just listened to the song, you know?

There are a lot of people who can do that. Who can listen to someone who’s got a terrible voice and can’t even sing in tune, but they’ll understand what they’re going for. Like a Daniel Johnston, where it’s like ‘I see what he’s shooting for and it’s really good.’

There are also a lot of people who listen to that and they’re like, ‘This is complete shit.’ They can’t see past the poor quality recording, or the shaky vocal or the out of time piano. I have friends like that. I have friends who would not enjoy my demos because they didn’t sound like what they’d hear on the radio. I wanted to make the songs as accessible as possible for everyone.

The album’s called Goon. I like that joke, Tobias Jesso Jr. - Goon.

I just didn’t want people to take the record too seriously. I wanted them to know they could listen to it like a normal record, you know? They didn’t have to get sad with it if they didn’t want to.

Then for the people who can see past that and apply the record to themselves emotionally, all the Mary Anns in the world. Then that’s good for them. There’s people who I think if I called the record Sad Lonely Boy they wouldn’t even give it a chance.

In Photos: The Preatures @ Sticky Mik...