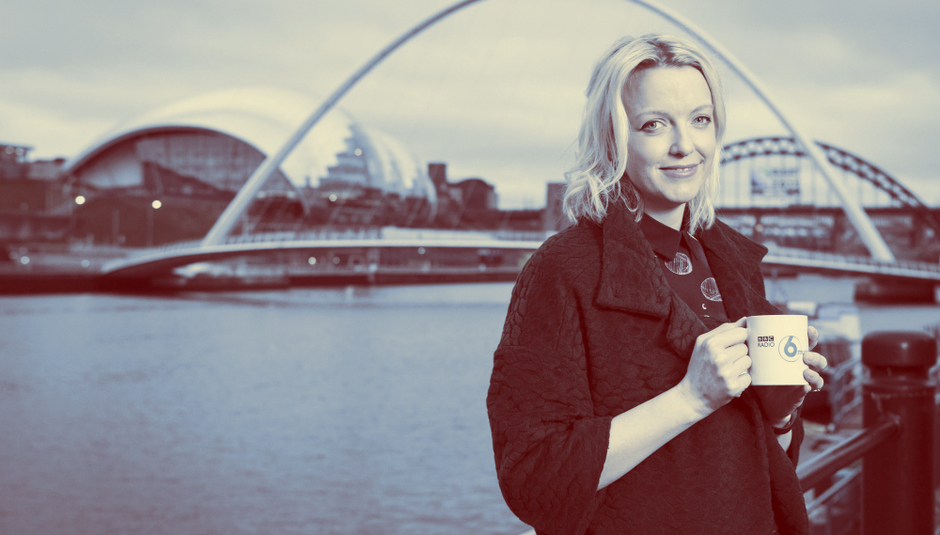 The gluttony of the festive period already seems a distant memory, the January drudgery which succeeds it is mercifully approaching its terminus, and, now that we’re on something of an even keel again, it feels good to say that life in the North East music scene is starting to wake up again.

Without a doubt the biggest news since the last column has been the announcement of the BBC 6 Music Festival which will take place on Tyneside from February 20th to the 22nd. It’s exciting enough that such a big event should be taking place in the region when there’s so often a feeling that we get overlooked by a lot of tours, but the strength of the line-up makes it one of the most mouth-watering events to hit the area in recent memory. The biggest hook for me is the fact that it will be Sleater-Kinney’s first UK show in nearly ten years, made all the more tantalising that they will share a bill with Mogwai, The War on Drugs and Interpol at the O2 Academy on the event’s opening night (Friday the 20th). The night-time element of the festival crosses the Tyne to The Sage Gateshead for the rest of the weekend, with highlights including the likes of Ghostpoet, The Fall, Young Fathers, Hot Chip and Maximo Park.

While the main bill at the big venues is so great, it’s great to see that it’s more than just a few big bands playing large rooms. There’s also a lot of consideration given to the city’s smaller venues, with a free (ticketed) day time event on the Saturday and Sunday happening at various spots across Ouseburn and at the Boiler Shop behind Central Station. The line-up for this will include live sets from the likes of Joanna Gruesome, Sleaford Mods and The Wave Pictures as well as stuff like films, spoken word performances and a record fair. The Boiler Shop also plays host to the after-hours element of the Festival on the Saturday, with DJ sets from likes of Jamie XX, Four Tet, and Gilles Peterson. The whole event looks like it’s going to be an absolute treat, and I’m really looking forward to getting stuck in to it.

Another positive piece of news to emerge recently is that Evolution Emerging will return for the seventh time on Saturday 23rd May. I worried it was becoming tough to sustain when they introduced a charge (albeit a tiny one) for tickets for the first time last year, but the event seemed to be just as busy as the free installments of previous years, with 2014’s line-up being among the best yet. 2015’s event is currently at the submission stage, so local bands are being encouraged by organisers Generator to apply by visiting generator.org.uk/evolutionemerging and following the pretty straightforward instructions there. The deadline to apply is 11.59PM on Friday February 6th, after which point a panel of journalists, promoters, DJs and assorted local scene people will wade through their favourites and argue until a line-up is selected. I imagine the bands selected will be announced shortly after the white smoke starts emerging from the chimney of Generator’s Ouseburn Office.

Heading a bit further south, Saturday 4th April sees Stockton Calling returning, and as ever the line-up looks a bit tasty, particularly on some of the smaller stages. The stage curated by Narc Magazine is particularly impressive, with the likes of Kingsley Chapman and The Murder, Martha, Fractions and Tissue Culture playing The Green Room. There’s still more acts to be announced, but with bands like Mouses, High Tide 15:47, Gallery Circus and Lilliput also involved on the other stages, it looks like it’s going to be a pretty great day out.

I’m not going to bother just posting a big list of gigs like in previous editions, because, let’s face it, you can all check Songkick for yourself. Instead, I thought it’d be more interesting to focus on a selection of the most appealing ones to have been announced recently.

Sleaford Mods’ forthcoming tour will see them pitch up at the Georgian Theatre in Stockton on Wednesday March 4th. The Georgian’s one of my favourite Teesside venues, so it’s nice to see a show this big heading there. Support for the gig will come from Interrobang, featuring a couple of ex Chumbawamba members.

Empty Shop HQ in Durham has seen some really great DIY shows taking place lately and I’m still kicking myself at being otherwise engaged on New Year’s Eve and not making it over to see Martha and The Spook School sharing a bill. There’s another awesome looking gig there taking place on Wednesday February 18th, with Ellis Jones’ Trust Fund project touring their fantastic debut album, joined by Spoonboy, Onsind and Jesus and his Judgemental Father. If you’ve not come across Empty Shop yet, it’s a wonderful non-profit arts organisation run entirely independently and without funding since 2008, and it’s well worth exploring their activities.

Gateshead’s Central Bar still feels like a bit of an underrated venue, but I can’t remember the last time I went to a gig there that I didn’t enjoy. The excellent Baker Island obviously share my love of it because they’ve started to run a semi regular night there entitled Stay Critical or Die. The first installment will be on February 27th featuring a really nice looking line-up of Apache Viking, The Rushers of Din and The Artisans playing alongside the hosts. The plan is to combine their favourite local bands with those outside the region, with some pretty cool stuff apparently already in the pipeline.

The two Thurston Moore shows at The Cumberland Arms in January 2013 were among the best live music experiences of my life, so the recent news that he’s returning to Ouseburn to play at the Cluny on May 20th was particularly exciting. Predictably enough, it’s already sold out. Hopefully The Cluny will be as easygoing as The Cumberland were to Thurston’s casual approach to curfews.

My recent introduction to Orange County, the new project by In Vibes’ Shaun Cowell was one of the nicest surprises I’ve had in recent months. There’s only one song online at the minute, in the shape of Backwards, and its absolutely gorgeous. It reminds me a bit of my favourite Deerhunter songs, with its beautifully muggy, dreamy feel. Apparently he’s been recording recently, so here’s hoping there’s some more new stuff soon.

Newcastle youngsters Tissue Culture have been quiet on the release front for a while, but have still been gigging reasonably regularly. It seems like they’ve gone beyond the point where people are blown away by how much they’re improving to now being considered one of the city’s best live bands full stop. The furious energy of their gigs and the jaw-dropping scale of their noisy onslaught has been captured in a live video for new song Rainbow Codes which was shot at Blank Studios recently.

On the subject of bands whose live reputation has been growing rapidly, Avalanche Party are readying some new songs. The music they’ve put out so far has all been fantastically invigorating, with their Obstacle probably representing the best example of their raucous garage-punk racket.

Coquine Migale is a name which is being bandied about quite a lot at the moment, with a clutch of blog coverage and a recent NME Radar mention, and you can see why people like them. Gold is a gigantic slice of rock fun with its ‘I feel like I’ve been dreaming’ pay-off likely to instantly get stuck in your head without giving you much of a choice in the matter.

Massa Confusa do an awful lot of good within the local DIY scene, booking regular shows and releasing other bands’ music and they have recently curated a compilation featuring bands they’ve put on at their Massa Confusa Presents… gigs. They’re pretty prolific with their own music too, which is a brilliantly abrasive, twisted take on post-punk.

Sunderland five-piece Cohesion just got back from a successful tour in support of their new single Luna, which is a very good representation of the hooky, melodic pop they’ve been quietly and deftly knocking out for a while now. They’re becoming experts in the art of putting together a catchy indie-pop song and this is up there with the best stuff they’ve done yet.

I’ll finish off in this edition of Drowned in the North East in the same way as I ended last time with a nod to a band whose record hasn’t really got the attention I reckon it has deserved since its release. I saw Slow Decades playing a stripped down set at Out of the Trees festival just after Christmas and they were great. There’s so much warmth and heart in Ben Lowes-Smith’s songs which is underpinned beautifully by the depth and gravitas of his voice. Their first album The Frost and The Concrete is full of lush melodic songs which really do merit a lot more love than I’ve seen them receive thus far.

It’s all felt a bit Newcastle-centric this time out, but feel free to redress the balance next time by sending over any good stuff from the rest of the region (or Newcastle music you think I’ve overlooked) to paulbrownwriting@gmail.com. 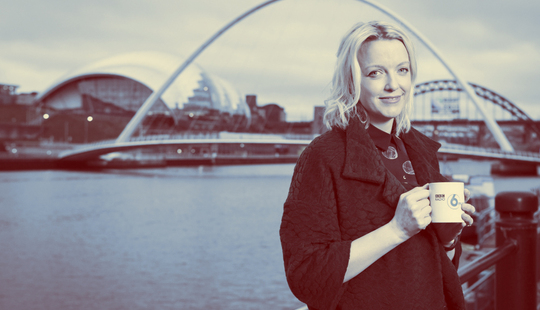 A Hint of Rage: Laura Marling at The ...

In Photos: Mark Lanegan @ The Riversi...