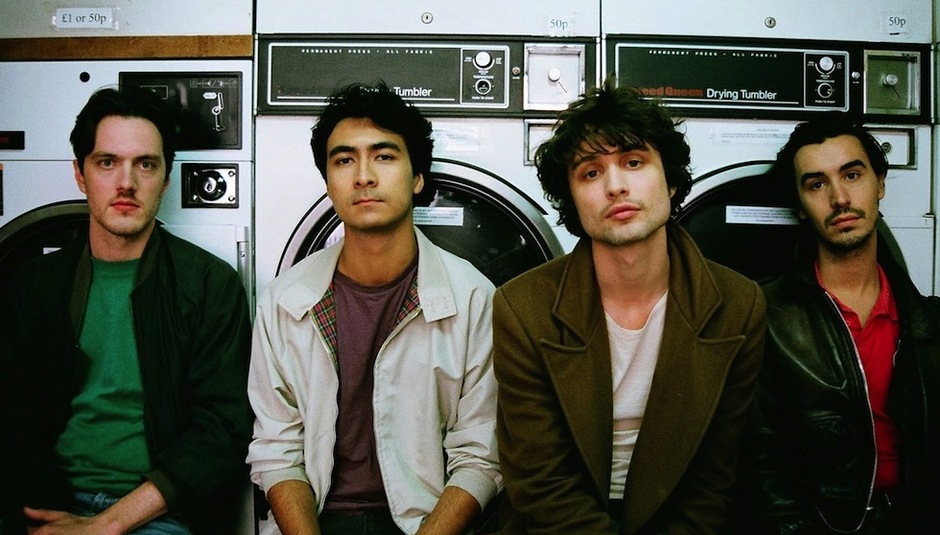 Flyte on the cinematic influence of Mike Leigh

Flyte on the cinematic influence of Mike Leigh

Flyte's frontman Will Taylor talks us through how film maker Mike Leigh has inspired him. The band's new single 'Light Me Up' is out now and the video is influenced by the cinematic work of Leigh..

"I discovered Mike Leigh three summers ago on the night that I first met my now ‘live in girlfriend'. His introduction into my life was all very well timed. Any art form that is present while one is surfing the waves of first love will be projected upon and raised to a sacred realm of importance. For me, it was the gnome-like director man’s oeuvre that was to be subjected to my romantically arrested tractor beam.

I was playing a gig with my band at the time in Oxford, and there she was. It was an abysmally attended show on a drizzly Sunday night but she was there nevertheless, flailing maniacally at the front. After what turned out to be a successful night - albeit romantically rather than musically - I found myself in her bedroom the following morning with the light bursting in through a curtainless window. Her walls were adorned with Mike Leigh film posters. I was intrigued by the charming banality of the subject matter- normal looking people, council houses and leisure centres. It brought me right back to being fifteen years old, walking between school and my Mum’s house, through a drab and characterless suburb. In that moment, all my recent memories of a dull and uneventful adolescence were replaced by a glowing sense of nostalgia and pride.

I had, up ‘til that evening been feeling deeply uninspired and situationally depressed. Now though a fabulous girl, a move up to London and the discovery of this new director would act as the fuel I needed to break out of my emotional and creative slump.

A few weeks later I managed to bag a little flat in Islington. Having already equipped myself with a few Mike Leigh box sets, I went to see his current play at the National Theatre as well as attending a talk of his at the British Film Institute. I was totally and completely hooked.

It’s not that I had lost any interest in music, but his films had now become the primary influence on my songwriting. Almost every song that I would go on to play with Flyte was written with one of his films playing in the corner of my room.

I enjoyed his most recent outing ‘Mr.Turner’ - a grunty portrait of England's most celebrated romantic painter. However, I'm most drawn in by the kitchen sink simplicity of his earlier work. With the exception of ‘Topsy Turvy’ (his film on Gilbert and Sullivan) he most often gravitates towards the family front room or the ties between friends. It’s within this humbler realm that his extraordinary process takes its shape most visibly. Before the scriptwriting process has begun, he's already acquired a cast and crew. It is then through a long, intense process of improvisation and discovery that the films' characters are slowly and organically shaped, until a tightly woven script is completed and then the cameras start rolling. The result is a level of emotional depth that so closely resembles reality that you may as well be watching a documentary. This documentary is a beautifully shot and scored masterpiece though - it doesn’t get much better.

I have always tried to equate his film making process with the formation and evolution of my band. We aim to channel and enhance reality through four boys and some instruments. We hone and define our take on life and our musical intentions a piece at a time, until eventually those creative impulses culminate in a clear and defined album. It’s a long and heavy process being in a group, but years of love and devotion to one unending project can result in something truly three dimensional and unique. It’s something worth endlessly striving for.

In other words, thank you Mike Leigh. You’ve been my biggest inspiration."

Light Me Up is out now. 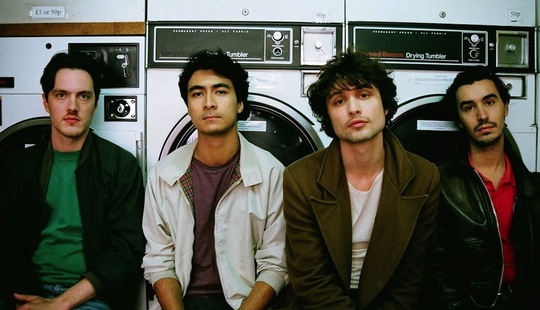