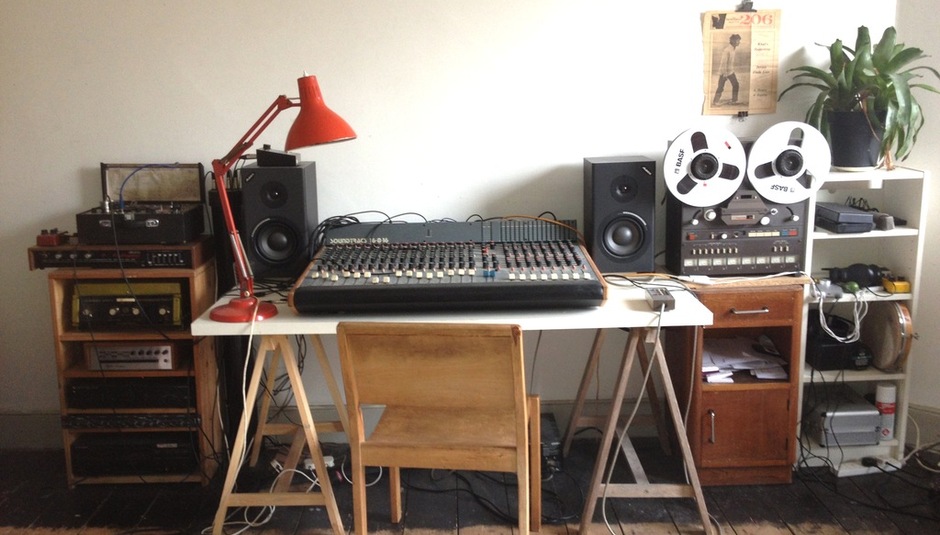 Jack Cooper and James Hoare, aka Ultimate Painting, met whilst Jack’s band Mazes were supporting James’ band Veronica Falls on a European tour. Having both been brought up on a heady stream of ‘60s bands and with a mutual appreciation of classic recording techniques, they set out to collaborate the old fashioned way: not allowing their music to be touched by anything digital.

The entirety of the record was recorded straight to tape in James’ flat over a few months. "We wanted to make something that - above all else - just sounded really beautiful and easy.”

Here, James and Jack talk us through the array of analogue and vintage gear they used to record the album.

James: The Ultimate Painting LP was recorded in my bedroom in Stoke Newington, London. All the equipment is analogue/vintage. The main components used were the mixing desk, Tape Machines, Microphones and different outboard effects. The desk is a late 70s 16/8 and fairly basic, all the songs were mixed live on this with multiple tracks bounced down so decisions had to made while the recording process was taking shape. This method tends to make you select the sounds with more care and be creative with the song-writing process.

Jack: I’ve always recorded at home on cassette so this was a step up. I’ve had a variety of different machines that have been broken in a variety of different ways but James has some amazing recording equipment and spends a lot of time researching the best stuff and maintaining it all. His room is like a museum. I’ve done lots of recording before but the physical act of recording this LP was very much James’ job. He was the boss. He's a complete master when it comes to his recording equipment. Making this album was the most fun I've ever had recording. 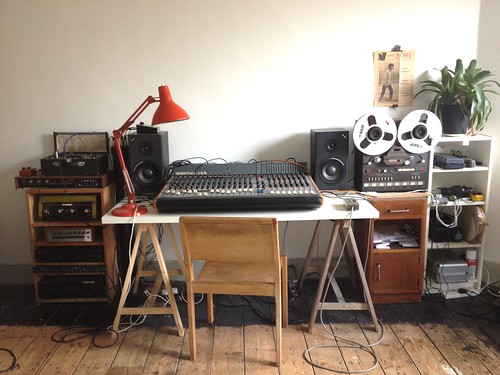 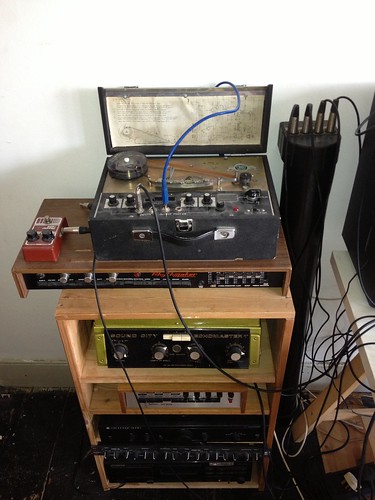 James: Reverb/Echo units, compression and drum machines. The effect used most on the LP is the spring reverb made from a drainpipe. It tends to sound good with nearly everything and is definitely better than a pro tools plug in. Other units include a 1960's Echorec (famously used by Syd Barrett and the Pink Floyd) and then tape delay. We used the Rhythmaker drum machine subtly on a few tracks and predominantly on the song Riverside. Someone reviewed our album and said it sounded like a cardboard box. OK!

Jack: The original idea was for all the drums on the record to be drum machine but it got phased out of pretty much every track. It’s intentional on Riverside, but when you can hear it on other tracks, it’s basically because we’d bounced it down and had no option but to keep it. The drum machine just started to sound annoying, so it was down to me to play drums on this record. I’ve never played drums on an LP before, so this was my big shot. A dude in New York complimented me on the “restrained drum-work” and I’m like “totally”. 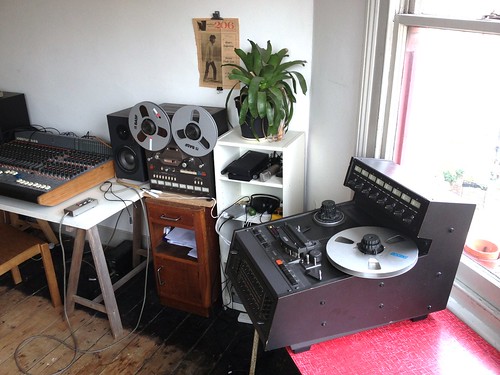 James: The Eurythmics used the 38 to record 'sweet dreams' and Nirvana used the MX5050 to record 'Bleach'. All our favourite records were recorded on tape and anyone who tells you there is little/no difference between a digital recording and an analogue one is probably a fool.

Jack: Analogue v Digital. It’s not even an argument when it comes to recording. In my experience, recording guitar music, you’re constantly trying to make a digital recording sound like it was recorded on tape. There have been some great records recorded on Pro-Tools and someone like Matt from Hookworms makes beautiful sounding guitar records on computers. With tape though… whether it’s a cassette 4-Track, half inch or 2 inch tape… it immediately sounds good. Whatever works for you I guess… 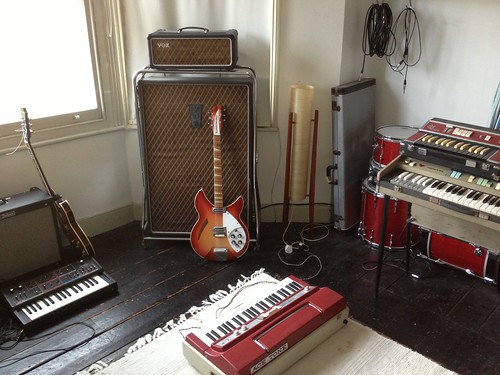 James: I have various vintage guitars, amps, organs, drum kits etc. The one thing I have that I could do without is my retired neighbour Dermot. It's safe to say he is not a big fan of home recording. For the Ultimate painting record we mainly used the 1965 Rickenbacker and Vox ac100 pictured. This amp was designed especially for the Beatles second American tour to compete with the stadiums of fans they were now playing to. It’s is incredibly loud and needless to say, not very popular with Dermot. We also used 60's Gretsch and Epiphone guitars, vintage Acetone/Farfisa Organs, drums, percussion and an upright piano in the room next door. I had to make extra long leads for that so we could hear ourselves and track it. We both enjoyed this process as it made us feel slightly like Joe Meek. I have always used vintage/1960s equipment as it sounds better, has more character and looks cooler.

Jack: James’ neighbour Dermot is really the executive producer of this record. The fact that he’s pretty relaxed meant we could record an entire LP above his living room and on the flipside, the fact that he has a breaking point meant we needed to keep things pretty quiet, which totally gives the album its sound. 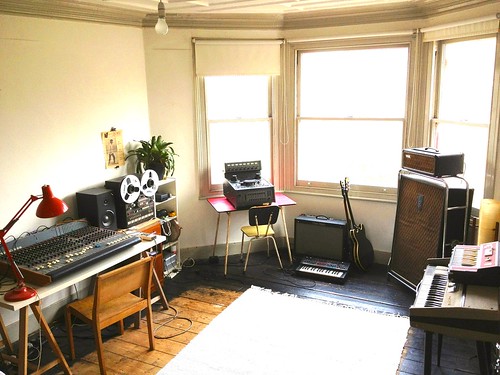 Ultimate Painting's self-titled debut album is out now on Trouble in Mind.

Catch the band live on the following dates: