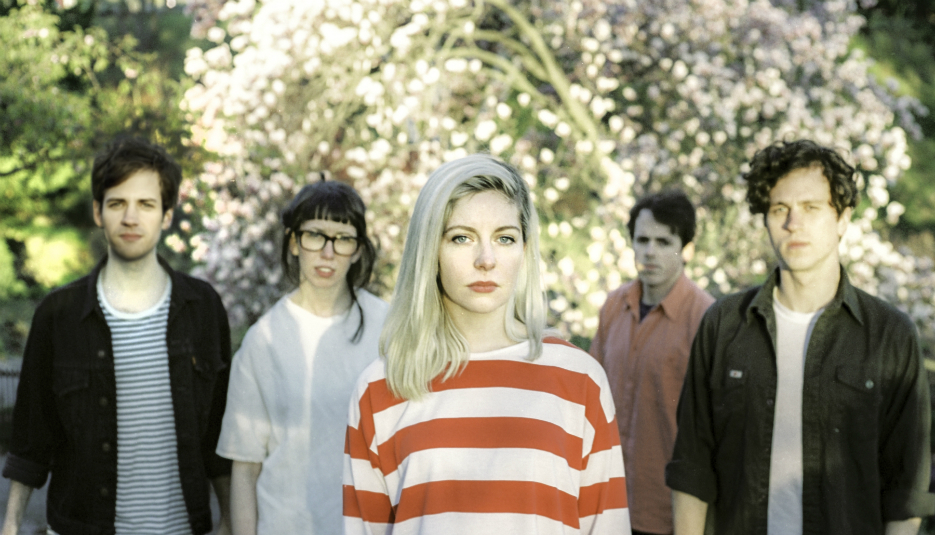 Alvvays: Our Favourite Songs of 2014

Alvvays: Our Favourite Songs of 2014

Alvvays are a band we've fallen for hard this 2014. Their self-titled debut album had us swooning in appreciation when it was released in July, and it stuck around in our affections to score very well in our forthcoming DiS Albums of the Year list.

Then there's 'Archie, Marry Me'. Our Song of the Year is smart, funny and not at all about lead singer Molly Rankin wanting to get hitched.

"A lot of people think I’m putting myself out there to be married," she told us in a DiS Does Singles takeover. "Like begging to be married."

Now that's cleared up (again) for all eternity, we asked the Toronto five-piece to share their favourite songs of the year gone. Read on for the band's verdict on the indie-pop outfit's verdict on Taylor Swift, Angle Olsen, Ariel Pink and more.

Maybe it's a no-no to include a Robert Palmer cover in a year end playlist but I'll fight for this one. Bryan Ferry's voice is like an artefact and everything else floats around it perfectly. Caution: not for the recently dumped.

Observe poor Lykke exorcise the ghost that got away over a devastating slab of relationship rock. I listened to this twenty times in a row when gunshot.co appeared out of the static. Stark imagism, jarring snare shots, the explosive chorus, it'll keep killing me.

No Fear of Hellfire (Bandcamp)

This is a band we all really like who are also from the east coast of Canada. Really poetic lyrics and I think they sum up what's going on in Halifax right now for anyone who wants to go digging.

This song kind of reminds me of old Liz Phair demos, it's very charming and cool.

Put Your Number In My Phone (4AD)

This song starts with a great mixolydian chimey guitar riff. The verse and chorus melodies are effortless and as hook-laden as anything to come out this year. The bridge shows Pink's comedic side.

Every time The Sun Comes Up (Jagjaguwar)

This song has a perfect bassline and the 'shit in your bathroom lyric' is a great counter attack on hypersexualization of women in the music industry.

This tune gets in by virtue of me listening to it a billion times.

This is everything I like in a song rolled into one.