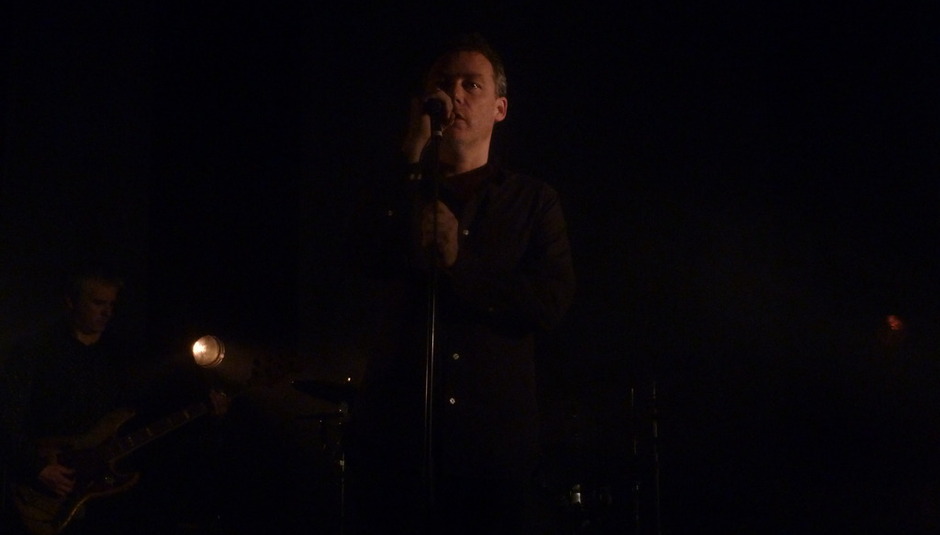 Say what you like about "full album" shows, but they've been a regular feature on the live circuit since ATP started the ball rolling in 2005 with their Don't Look Back series. Some have been more deserving than others, the words "classic" and "seminal" becoming overused terms of reference in many cases. However, one record that's clearly earned the right for such hefty superlatives would have to be Psychocandy, The Jesus & Mary Chain's timeless and impeccably flawless debut.

Released in November 1985 during a winter of discontent still reeling from the fallout of a year long miners strike. Unemployment was rising and the apocalyptic "No Future" John Lydon had warned of during 1977's Golden Jubilee suddenly had a despondent ring to it. These were hard times and even though the pop stars of the day did everything within their powers to convey everything was fine and dandy it clearly wasn't.

Indeed much of the music on offer around this time didn't speak much to anyone in particular. While The Smiths may have been in their heyday and The Cure continued to confound the mainstream the majority of acts in the charts conveyed an air of fake sincerity about them. Harry Enfield's spoof character 'Loadsamoney' seemed to become an idol to those it was ironically lambasting (much in the same way Sacha Baron Cohen's 'Ali G' character would a decade or so later) while the divide between rich and poor grew more chasmic with every passing week.

Teenagers growing up in rundown towns and cities needed a voice, someone with the balls to shake things up and create our own year zero. And Simon Le Bon or Tony Hadley weren't the ones to do it. Enter The Jesus & Mary Chain, four young(ish) upstarts from East Kilbride, a "new town" eight miles south-east of Glasgow. Funnily enough, I'd just started a project in O Level Geography that very same school term about the new town phenomenon seeping through Britain that included a visit to Milton Keynes. If it revealed one thing it was that maybe Mansfield wasn't such a bad place to reside after all.

Having first read about the Mary Chain in Sounds a few months earlier, they sounded like my kind of band. Too young to catch the first wave of punk although Mansfield did have its own scene of sorts spearheaded by local heroes Riot Squad and Resistance 77, those early comparisons with the Sex Pistols, Ramones and Velvet Underground set my pulse racing. All that remained to be seen was whether they'd be around long enough for me to actually witness one of their riotous performances in the flesh. They were a talking point among our little group of friends. What did they look like? Were they really that confrontational? It wasn't long before I'd saved up enough money earned from delivering newspapers that I visited my local record store (Revolver, nostalgia fans), took the plunge and purchased the only record of theirs on display. It was a seven-inch single in a glossy picture sleeve that resembled a Jackson Pollock painting gone wrong. The words "THE JESUS AND MARY CHAIN" in bold, red type in the top left hand corner, the song's title in the bottom right. This was 'You Trip Me Up', and within seconds of hearing that squall of feedback cut through its introductory bassline I was hooked. To a fifteen-year-old schoolkid from Mansfield this really did sound like nothing else on earth. I wanted more. Needed to know more about those responsible for this visceral collage of noise.

So when Psychocandy finally arrived it was a groundbreaking moment to these teenage ears. For the next year-and-a-half I barely listened to another record. In fact, the next record to get such undivided attention would be the follow-up, Darklands. But the cultural impact of its predecessor would shape my musical tastes for a lifetime.

Back to the present, May's announcement that the Reid brothers would be taking Psychocandy on the road to commemorate its thirtieth anniversary wasn't met by mere tears of joy. Instead it felt like the past thirty years had turned full circle. Every single band I've come to appreciate since has cited this band and this record as an influence. Many even as a reason for their existence. Now it was time to celebrate a past that created the present. All talk of riots and fifteen-minute sets cast aside, this was the one album deserving of legendary status. Maybe ATP had tried to secure them beforehand when Don't Look Back was in its prime? Maybe they hadn't, who knows?

Of course The Jesus & Mary Chain of today are a very different band to the one that turned up in John Loder's studio thirty years ago. Band members have come and gone (although the present line-up is actually their most stable since the Mary Chain began) which Jim and William Reid the only constants. Earlier in the day DiS spots bass player Phil King chatting to fans outside the city's Night & Day cafe. He looks relaxed and cheerful, something the band were rarely accused of being when these songs first came to fruition. But then the Mary Chain were a confusing anomaly at the time, particularly where the music industry were concerned. How that first album came about during the spring of 1985 has been well documented (and if you don't know the inside story, pick up a copy of Zoe Howe's excellent Barbed Wire Kisses). What isn't until recently is how many of those songs were literally formed during those recordings, some never played live until now.

So the prospect of watching the band play 'Cut Dead', 'It's So Hard' and 'My Little Underground' (among others) in public for the first time gave these shows an added impetus. Not to mention Psychocandy clocking in at little over half an hour leading to a pre-show guessing game of what else they'd be likely to play. Of course Jim Reid had hinted at one or two possible inclusions when he spoke to DiS earlier this month, but what no one expected was for the contrary buggers to play their encore before the main set. Nevertheless, that didn't make the opening bars of 'April Skies' - still their highest chart placed single - any less spine tingling, particularly the line "I'm just your long time curse". 'Head On' followed, the stand out from 1989's third album Automatic and a song responsible for reinvigorating the Pixies, whose cover eighteen months later gatecrashed the US top ten. 'Some Candy Talking' and its b-side 'Psychocandy' come next, reminding yours truly of family holidays in Margate and early teenage liaisons with the opposite sex. While a buoyant 'Reverence' provides a timely reminder of The Jesus & Mary Chain's impeccable output post-Psychocandy, it's left to debut 45 'Upside Down' to bring the introductory "encore" to a tumultuous finale.

Both audience and band suitably warmed up, it's left to that unmistakeable kickdrum crash to announce the arrival of Psychocandy opener 'Just Like Honey'. Those new to the band might know it as the song from 'Lost In Translation' where Bill Murray and Scarlett Johansen part ways. Here, in its true context as the opener to one of the most revolutionary rock and roll albums ever it sounds like a meeting of minds between Motown and punk. When Spector met spittle if you like. Loud and obnoxious twosome 'The Living End' and 'Taste The Floor' follow suit, William Reid facing his amp, back to the audience while brother Jim pirouettes up and down the microphone stand in time with the changing volume (and feedback) levels. Each chord struck with perfection, even down to the distortion which characterises both middle eights. Meanwhile 'The Hardest Walk' and 'Cut Dead' sound like sweet and sour calms before the storm that is 'In A Hole'. Despatched nowhere near as menacingly as on that feted Old Grey Whistle Test performance two months before the album came out. It still stands proud as arguably the most incendiary two-and-a-half minutes of music ever committed to vinyl. Bands formed and genres created off the back of it, 'In A Hole' unsurprisingly represents the pinnacle on an evening of highlights.

'Taste Of Cindy' brings side one of the record to an end. Not that we have to flip the record over and wait for side two to begin here. 'Never Understand' brings noise, melody and pop simplicity in equal measures, while 'Inside Me' follows suit in similar fashion, albeit several octaves below courtesy of its stooping bassline which resembles a baritone in meltdown. 'Sowing Seeds' provides more breathing space before 'My Little Underground' and 'You Trip Me Up' tear through the Academy's battered and bruised structures once more. When I first heard the record back in 1985, 'Something's Wrong' and 'It's So Hard' sounded anti-climactic after the barrage of sonic terrorism preceding them. Over time, their inclusion at Psychocandy's tail end made perfect sense and tonight is no different. As the latter grinds to a halt, Jim Reid even cracks a smile before exiting the stage. And why not? After all, it's a rare occurrence to experience Groundhog Day once in a lifetime never mind twice. 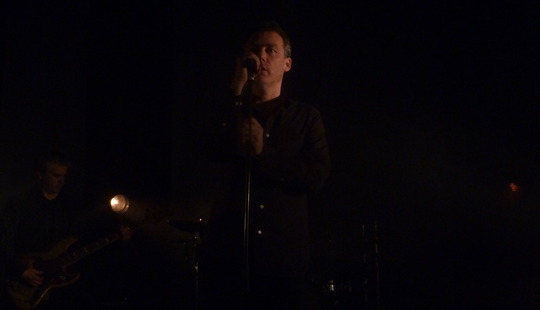