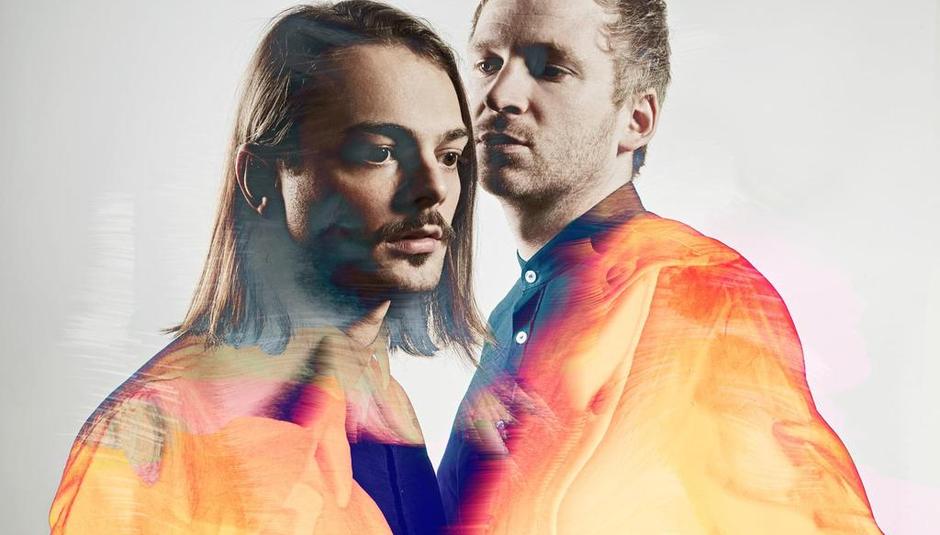 It wasn’t long ago that Icelandic wunderkind Olafur Arnalds would arrive on the music scene in a big way with Eulogy for Evolution, his debut full-length which blended heady orchestral melancholy with triumphant electronic beats. As he was developing that sound, Janus Rasmussen was making his own way in music in the Icelandic electropop band Bloodgroup, who have released three albums to date. Rasmussen and Arnalds had become friends years before and always enjoyed making music together.

Now that their joint project Kiasmos has a self-titled release out on Erased Tapes, Arnalds and Rasmussen can finally show the world what beautiful synergy they have together. Here, they discuss how important it was to creating the record to maintain an open-ended sense of freedom that could take the music anywhere. The music maintains a slow burn with Arnalds playing the piano to that clean effect he does so well. The beats click and stutter and crackle without getting grimy in the process. This may be an electronic album, but it is full of human warmth...

Are you guys in the middle of a huge Kiasmos publicity blitz?

Wow. Well, hopefully my questions won't be the exact same ones. I guess to start. I read on your Facebook that Kiasmos is a misspelling of chiasmus. But I still don't know why that was chosen for your project.

Janus Rasmussen: Well, actually, the name came from a friend of mine in London who was studying, and he told me about this word. It means kind of like opposites within a sentence. Or like a cross within a sentence. So it's a grammatical term, actually. But we found it was very fitting because we have these same opposites and contrasts in our music. It's kind of like an oxymoron in a way. We just felt like it fitted very well to our project and our personalities.

Do each of you work on the songs for Kiasmos on your own or is it all done collaboratively?

OA: We're mostly – like for the album, we were in the studio one and a half months just together, working on that.

OA: So that whole process, we were working together very closely.

JR: We actually prefer to do it that way because our...the point of this project is not only the process of getting there; it's important that we enjoy the process, that it's something where we can experiment and feel free and bounce ideas off each other in real time. That can be just as important as the music itself in the end. Being in a band, or in a collaborative project, you don't necessarily do it for the end result; you do it for the work process.

When you were in the studio recording this, did you designate tasks to each other? Or did you both have really fluid roles?

JR: We never kind of started the day the same way. It was just, let's try this on this old synth. Maybe I had some kind of beat that I made the day before and Oli would just play something over it. You know – it was never the same completely.

OA: There were some general assignments. I play the piano, so usually that falls into my hands, but not to the extent where we gave each other certain roles in the project.

What's your favorite part of the work process?

JR: For me it's experimenting.

OA: Especially it was nice when we made the album that we had time to kind of do stuff that you wouldn't normally have time to do because some of it is kind of time-consuming. So having the time to experiment and do those crazy things...Those are my favorite things.

JR: Getting a crazy idea, where you have no idea if it will be good or not, then you have to spend like three hours executing it, and then that reward when you finally have it there and you listen back to it and it actually works? That's kind of rewarding.

I was thinking about the songs on the record, and it seems like the building blocks of the songs in a lot of ways are very simple. And I didn't know if that was something that was part of your aesthetic going into this, or not, or if you would even agree with that in the first place?

JR: It's quite simple – it's kind of loop-based in a way but then we make it atmospheric and bigger in a way.

OA: It's not something that we decide.

Janus Rasmussen: No definitely not...

OA: It's just sort of the result of how we work, and the tools that we use to create music have probably a lot to say about how it ends up sounding, rather than some executive decisions on our part.

Where did you get most of the song titles from?

OA: We had this idea, making them all [verbs] in this past tense. I don't know why. We just started doing it with one or two songs, then we felt like that could be a nice thing. So, in the end we started thinking about all the words that could be put in that tense, and then we had just kind of written them into the songs. We had this collection of 30 words, and just found which word could be assigned to which song. There's really not more to it than that. I know it looks like it's very well thought out, but it's not.

What are your plans for videos for this album?

OA: So far the focus has been on the live visuals. We'll be working on those and see how they'll pan out before we start doing actual music videos. I don't know that this music necessarily needs a music video. The danger is that because the music kind of is, you could call it cinematic already, that when you add a video which has a lot of information in it, there could be an overload of information. So we kind of wanted to see how things develop and see if we stumble upon some ideas.

On the subject of music videos, earlier today I went on YouTube to see if there already were any Kiasmos music videos, and one of the first things I came across was that somebody had uploaded a song that was “Looped” being played for two and a half hours.

Have you seen that?

JR: Yeah. I posted that on our Facebook page. Yeah, I didn't listen to it, shockingly enough. It's a good song, but...

For both of you, what bands or artists in the techno and electronic genres have really influenced you? Or are your favorites. Either way.

JR: Some we used to listen to when we started to work together. At that time we listened to, I think it was, Jamie Jones, and something else...

OAs: More recent is Stimming. Quite a lot of Stimming, actually.

Have you played a show yet as Kiasmos?

OA: Yeah. Not very many, but a few. We're still kind of developing the live element. How we want to take it and where we want to go with it. We're still figuring that out.

Kiasmos is out now via Erased Tapes. 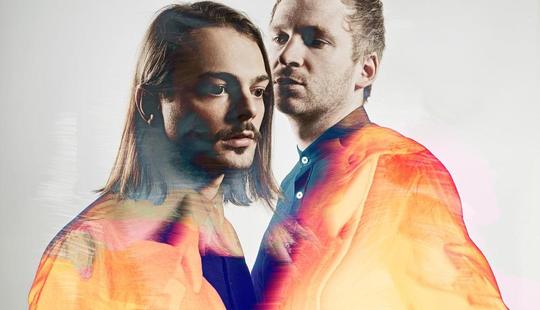