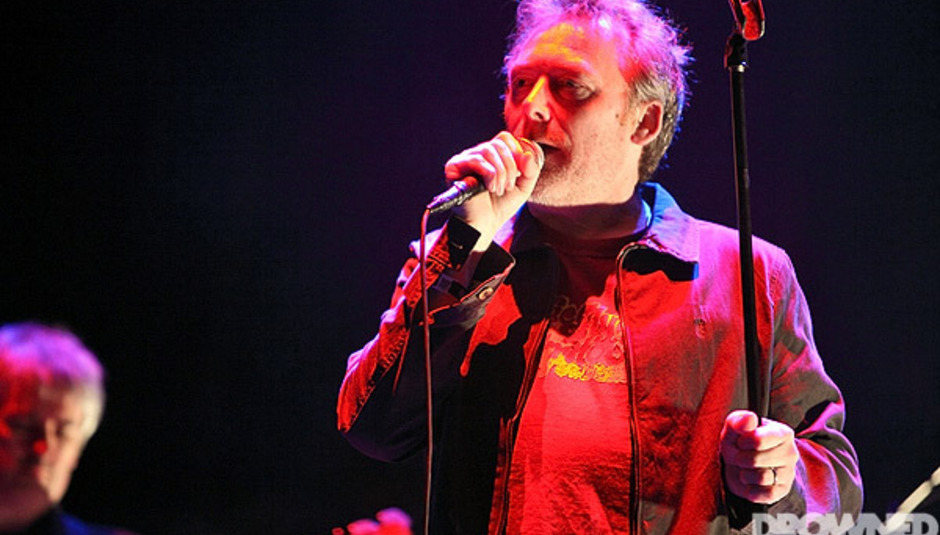 Later this month, The Jesus & Mary Chain will perform their seminal debut Psychocandy for three nights in London, Manchester and Glasgow. The album, which celebrates its thirtieth birthday in November of next year, has since become widely regarded as one of the greatest records of all time.

Here, vocalist and co-songwriter Jim Reid talks to Drowned In Sound about the making of the record, what fans can expect from the shows and what the future holds for The Jesus & Mary Chain.

DiS: Are you looking forward to playing the Psychocandy shows?

Jim Reid: We did about 5 days worth of rehearsals a month or so ago. They sounded pretty good. We've got some more rehearsals coming up at the end of next week then that should finish it off.

DiS: I assume there's a few songs from that record you haven't played for at least twenty years?

DiS: Do you also see the shows as an opportunity to recreate that particular era?

Jim Reid: No, definitely not. It's not going to be like that. If anybody comes to the shows expecting a recreation of what the Mary Chain were like in 1985 they're not going to get it. The Mary Chain in 1985 were all about the chaos of the time. They were pretty mental times. We didn't really know what was going to happen next. We spent a lot of the time drugged up and drunk. There was a lot of violence and general mayhem. What we're doing now is focusing on an album. And we want to perform that album as faithfully as we can to the recorded version. That's what these shows are about. Then it was about a bunch of snot-nosed kids having a laugh. Now it's purely about focusing on the record.

DiS: Will you be playing the songs in chronological order?

Jim Reid: To be honest, I'd like us not to do that but everybody keeps telling me that's the done thing. So yeah, we will be doing it that way.

DiS: The album clocks in at around 38 minutes. Will there be other songs played that aren't on Psychocandy? Two sets even?

Jim Reid: We are thinking about that at the minute. There will definitely be more than just the songs from Psychocandy. I'm not sure how we're going to do that or which songs we'll play, but it's not just going to be us playing the album then buggering off. There will be something else happening as well. Possibly some of the b-sides from that era. Maybe some other songs as well. We haven't played 'April Skies' for about 20 years. Maybe we'll do that? I don't know.

DiS: When did you first start talking about playing Psychocandy in its entirety?

Jim Reid: People have been trying to get us to do it for a long time now. It never seemed right before whereas now it does. It was when we started talking about it and realised there were chunks of the album we'd never played live that things started to fall into place. And also when we talked about playing it as an album rather than trying to recreate a chaotic lifestyle Mary Chain show. That's what I always had at the back of my mind when people started asking us to play Psychocandy. I thought they wanted us to put on our leather trousers and fall around the stage drunk for twenty minutes. And that really didn't appeal.

DiS: Looking back, do you have fond memories of making the album?

Jim Reid: I'm not that comfortable in a recording studio but it was new and exciting. We had a pretty good idea of how we wanted the record to sound. It was a very productive time and we had a lot of pure enthusiasm. We also felt very cocky about what we were doing. There were a lot of people in the music press back then who were ready to write the Mary Chain off. I'm not really sure why. The word "hype" was used a lot and I think the general chain of thought was the album would just be the singles and a bunch of fillers. And I think it took a lot of people by surprise when they heard it. That just wasn't the case. I always thought all of the songs off Psychocandy could have been singles. They all could have been a-sides.

DiS: Some of the songs from that era which didn't make Psychocandy - b-sides like 'Just Out Of Reach' and 'Head' for example - could also have been singles in their own right.

Jim Reid: That's what I was trying to say about the live set from the Psychocandy period. It wasn't just the songs off the album. 'Just Out Of Reach' and 'Head' were regulars in the Mary Chain set at that time. We used to do a version of Can's 'Mushroom'. It wasn't just a straightforward Psychocandy set.

DiS: Will there be any guest appearances from people who were in the band at that time?

Jim Reid: I don't think so. We've got a pretty good band that works really well right now. It would be rather unfair to just boot them out for a few shows. We toyed with the idea of maybe having people come on for a song or two but I don't really see how that would work.

DiS: Also, do you have anyone lined up to sing the female vocal part on 'Just Like Honey'?

Jim Reid: Again, it's something we're looking at. There's no one lined up at the moment. We're all getting together next week so no doubt we'll talk about it. I guess it will come down to who wants to do it and who might be available.

DiS: Will there be a support act at the shows?

Jim Reid: We're so disorganised and lazy! There will be but at the moment I don't know who it's going to be.

DiS: Why did you specifically choose those three cities to host the shows?

Jim Reid: Glasgow's our home town and London - like it or loathe it - is the centre of the music scene. Also, I lived in London for twenty years so a large chunk of my life was spent there. I do consider myself a bit of a Londoner in some ways. The Mary Chain have always done alright in Manchester so that seemed like an obvious place to do one of the shows.

DiS: Will there be any more shows next year?

Jim Reid: I really don't know. I would like there to be. I don't know how it's all going to work. My relationship with William's never easy. We might end up killing each other. It's always up and down with me and him. I'm not saying it's all his fault. It's not. We both know how we annoy each other. So let's see how it goes. See if the relationship survives.

DiS: With you being based in Devon and William in the States, does the distance between you help your relationship work better?

Jim Reid: It does. Thousands of miles between us. That kind of helps a bit! We go through periods where we get on. We go through periods where we can't stand each other. That's just the way it is. It wasn't always that way. We fought back in the days of Psychocandy but it was a lot more constructive then. We mostly argued over what was going to make it a better record. Nowadays we just bicker about anything. I don't know how that happened or when that became the norm.

DiS: Zoe Howe released a book about the Mary Chain earlier this year, 'Barbed Wire Kisses'. Have you read it? Does it give an accurate representation of the Jesus & Mary Chain story so far?

Jim Reid: I haven't read the book. I'm not saying there's anything wrong with it. I met Zoe and was interviewed by her and she seemed lovely but I tend not to read anything about the Mary Chain or myself. I haven't read any of the Creation Records books. I've never done that pathetic thing where you stand in a bookshop and look your name up on the index. I don't like reading about our past history. Partly because it's never the way I remember it. When other people retell the story it tends to be different to how I saw it. It's no big deal, but I'd rather not read these things. To be honest, I'm just happy that people still talk about the Mary Chain.

DiS: The last time we spoke in 2011 you said there were enough songs in the vaults for a double album. Is that still the case and if so, will there be another Jesus & Mary Chain album?

Jim Reid: There's enough songs for two or three albums. It's whether or not me and William can agree to do it. That's the big stumbling block. We got back together in 2007 and the plan was to make an album quickly. We've had that plan many a time through the years but it never quite works out that way. At the time my kids were really young and I didn't want to go away for months on end recording an album. So that was a problem. William wanted to record it in LA and spend loads of money on it, which I thought was utterly pointless. You can produce a decent record on a computer these days, so we argued about that. Now we're slowly coming round to being on the same page in that my kids are a bit older so I'm not that fussed where we make a record. He needs to see sense that we don't need to spend a mountain of money making it. Now that we're in some kind of agreement there might actually be a record made.

DiS: On the back of that, would you go through the whole process of taking it to labels in the hope one might release it then undertake a tour to promote it afterwards?

Jim Reid: I don't know how we would do it. I can hardly get my head around the idea there might be another Mary Chain record! I'm out of the loop with the music business so couldn't tell you how we'd release it. Everyone tells me no one buys records any more. So I think we'd have to look at something creative to get people to go out and make a commitment to the record. I don't see it coming out on a traditional record label whether one was interested or not. I don't think we would be. It would have to be something along the lines of what My Bloody Valentine did with their record.

DiS: Finally, is the reunion permanent?

Jim Reid: The Mary Chain have been a semi-permanent touring band since 2007. Semi-permanent in that because we don't need to do it, it's kind of been a bit loose. Whenever we get itchy feet we decide to go out and do a few shows. I think it will continue along those lines.

Psychocandy can be heard in its entirety at the following:- 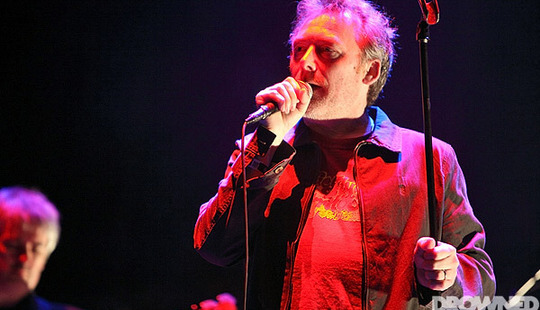