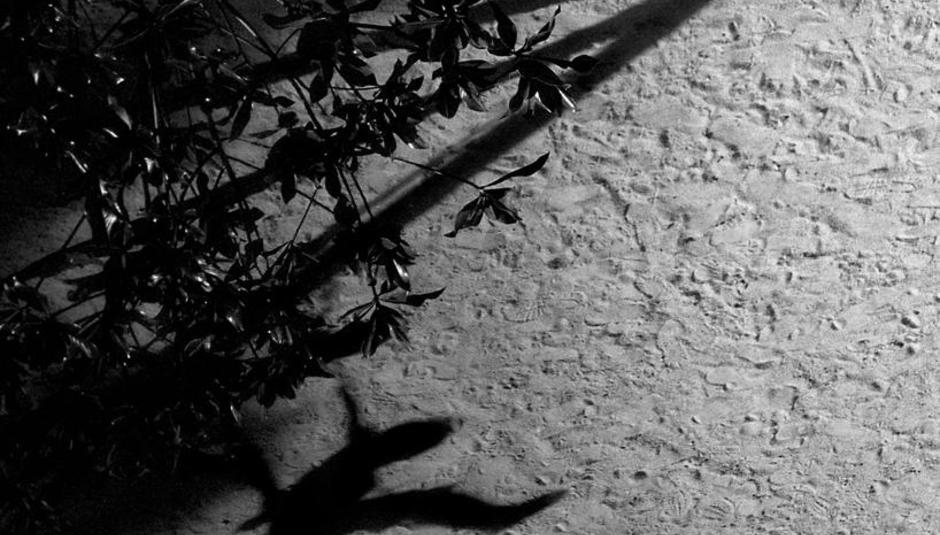 This Saturday October 4th, Max Richter celebrates the tenth (10th!) anniversary of his second, much-lauded LP The Blue Notebooks. He's throwing it something of a birthday bash, playing the record in full at this cute, understated little joint called the Royal Albert Hall. (The second half of the show will be a full run-through of 2012's equally-ace Vivaldi Recomposed project, accompanied by this cute, understated little backing band called the Royal Philharmonic Concert Orchestra). Needless to say, that seemed a fine excuse to try and coax Max into giving us a track-by-track insight into the record. Here he discusses everything from overcoming the commercial flop of The Blue Notebooks' predecessor, to recording on Bob Marley's old mixing desk, to the joys of embracing his dreamy disposition.


The Blue Notebooks is my second record, following on from 2002’s memoryhouse. It is, in many ways, a continuation of the earlier record – exploring similar themes, and obsessions… all my records are really one big record, artificially split up – but it also has its own universe… more interior in nature, more pensive, questioning and vulnerable in tone.

My life at that time was chaotic. I’d spent a couple of years working, putting everything I had, into memoryhouse, but when it came out, it was like that proverbial tree that falls with no-one there to see it… nobody reviewed it, nobody played it, nobody listened to it.

So I thought “nobody is listening anyway, so I might as well just keep going, I’m going to make this record as personal as possible...” So I did. I just kept following the material. It was very freeing in some ways. The BBC had by that time dropped me because of how badly memoryhouse had done, and so I started to look for a new home, somewhere more in keeping with who I was at the time. Somewhere more radical. That’s how I ended up at FatCat.

FatCat gave me the total freedom I was after – they were happy for me to pursue my vision no matter how memoryhouse had performed. I spent months writing, but there was no budget so we recorded the strings and piano in a day, because that’s all the money we had. Tilda [Swinton] did the reading [extracts from texts by Franz Kafka and Czesław Miłosz are threaded through the record] for a token fee (God bless Tilda!) and I had to blag the tube fare home off a journalist who attended the sessions.

Those were the Napster/download days, so two days after I delivered the record it was all over the internet, way before its release. So now people were listening but no-one was paying. We were kicked out of our house with our two small kids…

Fast forward to 2014 and we are getting ready to play it at The Albert Hall. Life is so weird.

The Blue Notebooks as a whole is a series of interconnected dreams... or perhaps hallucinations is a better term... and throughout I am drawing on my twin obsessions: classical music and electronica, in what I would call ‘storytelling music’. I’ve always been dreamy – for various reasons I’d been a troubled kid and my refuge lay in books and an interior life that became as rich, or richer still, than the real world. The album then is an extension of this dreaminess, my own personal reflection on memory, time passing and raw emotionality. That’s my story, but whatever I write—what I hope to write—is music that each person can bring their own autobiography to. That the music talks to them about their own lives rather than mine.

I wanted the first moments of the album to be an open space for the music to move into and to set up the universe of the record. There is deliberately too much to take in all at once: Tilda’s beautiful reading of the text, the typing, the rattling landscape of sounds (my window made the raw material for that sound), and finally the little piano waltz, which is intentionally written to be the sort of music you might hear after something has happened, not at the beginning of something. So it is a network of things setting up the ‘real’ first track on the album, a mini Overture of sorts…


On The Nature of Daylight

A lot of different ideas flow together in this piece. I love the fantasias of Purcell—the incredible polyphony—and the intensity of the late Beethoven Quartets, and I wanted to create a piece with something of that same intensity. ‘On The Nature of Daylight’ is a strict bit of Renaissance counterpoint, and, like a lot of my music is rigorously constructed, but I don’t want people to ever feel this structure or the technique at work – I want them to feel transported.

A couple of images popped into my head – the idea of trying to make something luminous out of the darkest possible elements (the key signature is six flats – basically all black notes) and at the same time something that feels like a story being told powerfully with minimal elements (it is only five strings plus a deep mini moog bass part). I like things that feel inevitable and I wanted to create that feeling in this piece. The high solo violin part that starts about half way through quotes the whole of the main melody from memoryhouse (the cello part of ‘Europe after the Rain’).

The name of the piece is after Lucretius ‘On the Nature of Things’ – a poem musing on the meaning of life: “there is not anything which returns to nothing, but all things return dissolved into their elements”.

This is like a written-out pause or an interlude. All the piano music in the record has something of that quality. I wanted it to be a child’s melody with simple pulsation under it, based on a Classical bit of harmony, but subverted... it’s all about subversion.

This is a protest song. We recorded the strings on the record a week after the February 15th 2003 anti-Iraq war march. The Miłosz text I used speaks of the destruction of “…cities on a distant plain…” and it seemed to me to be utterly necessary to be saying something about what was going on in the world. Where has all the protest music gone? Where are the musicians willing to stand up and be counted? And I wanted, after my own childhood, to talk about the repercussions of violence – and the memories we hang onto: those indistinct, uncertain, untouchable memories.

The sonics of this track are intentionally spooky - the low end is gigantic and quite random feeling; sort of thundery, and the cycling loop that holds the mid range is a very filtered set of viola arpeggios (the 960db per octave band pass slope filter in GRM tools). We recorded all the instrumental music, strings and piano, in one day. I always record analogue - it went down onto 2 inch 16 track tape on Bob Marley’s old MCI desk. I am obsessed with bass and that is the combo for it.

Is about the idea of sound creating an image - in this case the echoing acoustics of a church. The melody is a simple falling scale, surrounded by the bustling semi-quaver line in the right hand.

Is another little piano interlude - a space to think about what else we have been listening to. The Vladimir in the title is the writer Nabokov, who, like me, was fascinated by butterflies. He was an expert on the family known as “Blues”. The other figure that hovers behind this music is the pianist [Walter] Gieseking, who’s playing of Chopin I love—he lived as a child in the Alps and was also a butterfly expert—he has one named after him. The oscillating pattern in the right hand is a nod to Chopin and I wanted it to feel like the fluttering of wings in slo-mo.

Is like a pre-echo, a pre-memory or déjà vu of ‘The Trees’ from later in the record. It is the same chord sequence, stretched out in bell arpeggios, with the solo cello just playing the tune that the violin has in the later track.

I’m coming back to the main themes of the album here: of an inner life richer than the real world, of memory and attempts to grasp that which slips through our fingers.

Is a place to rest and listen to the passing of time and the text. I recorded the exterior in Abney Park Cemetery in Stoke Newington, London. The piano is another strand in this landscape - it plays the accompaniment to a song by Robert Schumann, from ‘Dichterliebe’, but the voice is missing. So it is an old song, but the singer is AWOL... again I’m working the themes of the album.

This is a nod to the Renaissance compositional technique of the same name. I love music from this period – the fusion of incredible technique and feeling. It’s a very rigorously constructed track, but hopefully you don’t feel that – you absorb the feeling of it.

The text for this floored me when I first read it – this idea again that somehow the dreamed reality is more valid than the lived one… obviously it holds a lot of resonance for me personally… and Milosz was a genius.

The music is a set of variations on the falling bass line from ‘Arboretum’, with a continuous build towards the end – I wanted it to explode, then leave this spooky afterimage, like suddenly being plunged into darkness and seeing stars.


Written On The Sky

This is a solo piano trip through the harmonic structure of ‘On the Nature of Daylight’, as a sort of recap of the journey of the record… returning home.