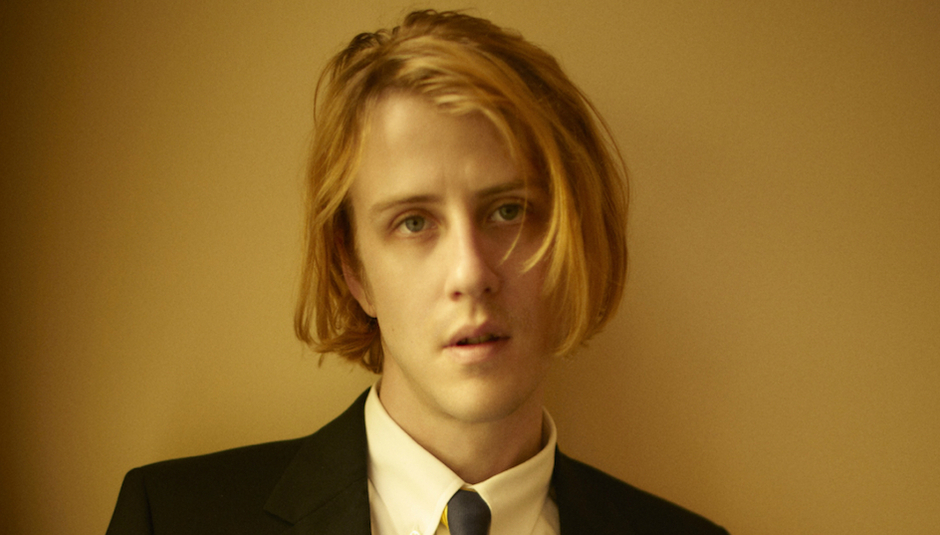 DiS meets Christopher Owens: "All the ones in yellow are reggae"

DiS meets Christopher Owens: "All the ones in yellow are reggae"

Without hearing a note of A New Testament, the artwork photo of Christopher Owens putting on a cowboy hat gives you a good clue about what to expect. And if you couldn’t guess from the cover, the gooey-sweet twang of lead single ‘Nothing More Than Everything To Me’ makes this record’s influences unmistakable. This charming collection will come to be known as Christopher Owens’ country album.

“I do like people to know that with every new album, they’re going to be thrown off”, he tells me. “Even though it’s fundamentally the same song writing, there’s going to be something in there… [With this record] the hope was to do an album which was a little bit country, but not so much that it was weird. Just to do songs like I can, with people I know, but lean on the country side and show that side of me”.

The image on the album cover reveals more than just the album’s musical influences. It’s purposefully a shot of Owens literally putting on the hat. He knows it’s partly a costume, and A New Testament sees Owens experimenting with trying on new personas, resulting in songs which often sound like they’re narrated by a character rather than by him.

“It’s not the most transparent image of myself”, he admits. “But it’s good to have a little fun and do that… Part of it is a nod to people I like – Marty Robins and stuff. Part of it is trying to go in there and try to write real things, and put some reality in there. Kind of like an impressionist painting rather than realist. But it’s still a real picture of something”.

But alongside these songs like ‘Heart Akin The Wind’ (“That song, if I had my way, would be part of like a musical theatre piece, where I’m a cowboy”, he tells me, miming hammy line dancing) there are songs like ‘Stephen’ – containing some of the most explicit references to Owens’ troubled upbringing that he’s ever made. It’s a sharp contrast – his most playfully theatrical pieces right up against his most unflinchingly autobiographical.

“It’s not really about saying it ‘now’. It’s just good for this album”, he explains when I ask why he’s revisiting the origin story it took years to distance himself from. “In general, I leave out a lot of specifics. I’ll just say ‘this is how I’m feeling’, ‘this is what I like’, ‘this is what I have’, ‘this is what I don’t have’, whatever. But the last record Lysandre was all a word-for-word autobiographical story. It’s something I like to do when I can, but it doesn’t happen that often”.

The contrast of specifics and theatrics came about by accident. Back when he was touring Lysandre, Owens’ was keen to insist that it wasn’t a representative snapshot of his current writing style. He’s exactly the same way about A New Testament. He points out that many of these songs – as with all of his records – come out in a jumbled up order over periods of years, and while some of these songs are new, others are some of the first he ever wrote.

“I hear the music with the words, so to me it’s very defined genre-wise”, he explains. “I literally colour-code them on my list, so I know which ones could be country. I colour code them to organise them, but also to remind myself that all the ones in yellow are reggae; all the ones in the green are show tunes”. My face must visibly react to the word reggae. “I can’t even bring that one up without people breaking into a sweat and panicking”, he jokes.

“But think about it”, he insists. “Get a Bob Marley greatest hits album and play it next to a Willie Nelson album. It’s the same thing. Verse, chorus, verse, chorus, maybe a solo, maybe not. Any one of Bob Marley’s songs, you could play as a country song. How many country songs could you play as reggae? It’d be amazing to see”.

Alongside the new genre hopping, his love of gospel returns to permeate A New Testament after its absence from Lysandre. In fact, this album probably has the strongest religious overtones of any of his records, whether it be the references to his cultish upbringing, or the incredibly bold opening cover of ‘Early In The Morning’ by Peter, Paul and Mary, rewritten from a godless perspective.

“I’m a very firm atheist. I never have believed in god”, he asserts. “That’s the honest truth. But it’s so embedded in humanity that whether you believe in him or not, it’s something you’re forced to deal with”

“The great thing about gospel music, if you strip away the silly things, is that at the base there’s something very important”, he continues. “It’s all about laying down your burden, and trusting that someone is taking care of you somewhere... Those are things I can relate to: using music to lay down a burden. So it’s fun to flaunt your atheism to a world that forces so much religion down your throat, but it’s also about joining in with the fun of what gospel music should be – a release, and saying that I can do this without believing in god”

You take the album’s mix of gospel and country, and A New Testament seems to be a unique blend of the new and unexpected, alongside a retreat into Owens’ own past. Look at that album cover one last time, and count how many of those current players used to be in Girls, for instance.

But Owens is quick to point out that what he’s doing now isn’t all that different to what he’s always done. The dissembling of his country performance isn’t miles from the surf-punk snarl of his debut’s ‘Big Bad Mean Motherfucker’. The hyper-specifics of ‘Stephen’ have roots in the detailed narratives of stuff like ‘Laura’.

It’s a good way to think of Owens’ body of work as a whole: there’s a little bit of the old in everything that’s new, and a little bit of the new in everything that’s old. And he’s still carrying the ambition of an album every twelve months. “I have a pretty clear idea of what’s coming next, and what’s coming after that”, he confirms, while remaining careful not to “ruin the element of surprise”. Whether he might mean those yellow colour-coded songs, the green ones, or something else altogether, A New Testament proves that one thing we can always expect is a warm blend of the familiar and the surprising in the song writing of Christopher Owens.

A New Testament is out 29th September via Turnstile.

Christopher brings his full band to the UK in November for the following dates: 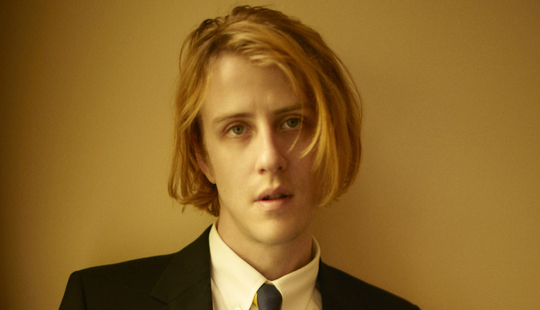