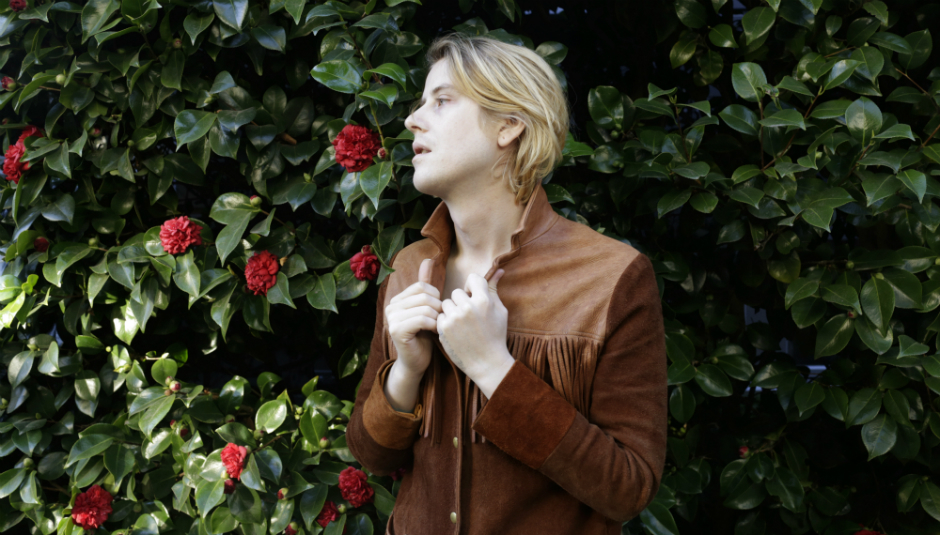 Hello, and welcome to a very special edition of DiS Does Singles. In case you hadn't guessed already, it's dedicated to the one and only Christopher Owens.

Having made so many of favourite songs over the past five years, both as a solo artist and as part of Girls, we asked him some nerdy questions about nine of them. Want to know know the inside scoop on 'Hellhole Ratrace' and 'New York City'? You came to the right place.

Also, 'Never Wanna See That Look Again' is Single of the Week. Because, of course it is.

Whenever Christopher Owens talks about his new album, he always seems to be teasing the next one. The former Girls frontman has claimed he’ll make 20 records and, with 100 unrecorded demos kicking around on his hard drive, you wouldn’t bet against him. Give it a decade and you’ll be debating the blue-eyed dreamer’s best songwriting era.

For now, Owens is in full-on-solo-whimsy mode having stripped away the scuzz from his days spent with JR White. Following on from last year’s Lysandre, ‘Never Wanna See That Look Again’ is a simple, sincere love song. As all too often the case for the man behind ‘Heartbreaker’ and ‘Forgiveness, there’s trouble afoot with his beau.

“There was one time when I drank too much / Two times when I said too much,” simpers Owens in his trademarked waifish tremble. You know the tone, it could make even the shipping forecast seem drenched in aching subtext. For A New Testament’s latest single, the story is plain to see: Christopher is in a fix and needs to get out of it.

Ever the romantic, his saving grace is an earnest number that swings from guitar skiffle to gospel-tinged magnificence - like a country-fied fusion of ‘Nothing More Than Everything To Me’ and ‘It Comes Back to You’. Rodeo-lovers, this is your new jam. Everyone else, you’ll adore it for the key change schmaltz.

'Never Wanna See...' is a song to make your heart go squewiff, but we've come to expect this of Christopher Owens. His four albums to date have the same familiar knack for feeling out your fuzzy bits while hopscotching across genres. Here’s to more of the same from the next 16 or so.

Your first Girls single costs $30 to buy secondhand on Discogs. Would you say that's undervalued, overvalued or just right?

I'd have to say just right, since I have no understanding of these things. I'm just going to trust that there's some reason that cost was picked. I do believe the thing is of value, but I'm not too familiar with what a five year old single typically goes for.

Which do you prefer: slow dancing or just letting rip?

I'd say I'm a good slow dancer, for sure. For me letting it rip would be some version of a frenzy. Madness. I think I could frenzy well, but I don't know if it would be good.

A lot of your songs are rooted in classic language and concepts like dancing through sadness in ‘Hellhole Ratrace’. ‘Carolina’ is about online abuse aimed at a former Miss Carolina contestant.

Do you think the present day is an inspiring place to live in and write about?

Oh yeah. Plenty going on, and all very "in your face" these days. I've pretty much only written from current experiences. I think it's interesting how nothing really changes though, I can read Shakespeare or Oscar Wilde or Updike or Karl Ove Knausgaard and things seem to be fundamentally the same. The human condition doesn't seem to change much.

"Alex has a band, so who cares about war?"

What's the difference between love and obsession?

Love is tender and not selfish, obsession is the opposite. That line in ‘Alex’ was meant to describe the way I felt young people seemed to feel (and I'll admit it's a generalization), I honestly don't know many young people who are bothered by America's war mongering. It does bother me, and it was back when I wrote that too. There are some moments of bitterness in that song, which luckily give in to tenderness by the end.

This is one if your many tracks to feature a gospel choir. When did you realise that was exactly what the song needed?

I heard those back up vocals when I wrote those songs. I've heard them and wanted them before that too, like on ‘Hellhole Ratrace’ or ‘Laura’. Father, Son, Holy Ghost was just the first time we could afford to hire fancy people. I worked with them again because we developed a relationship over touring, and I had more for them to do on this record. It's a pleasure for me to work with people in that way.

What’s the appeal of naming songs after people?

Well, if the song is about someone I tend to go for that option. It's nice and easy. It also gives just a little more understanding to the listener - I think, about what inspired the song. It's a tender gesture to me - sentimental.

This is the complete opposite of what you usually write: dark lyrics matched with a relentlessly cheery tune. It must have been a lot of fun to record?

Oh yeah, that whole record was fun. There's a big part of me that considers the writing of Lysandre to be my greatest achievement. The story I had to tell on this song defined the lyrics though, I didn't have much choice. I was recalling where I came from and things I'd been through, and then expressing the shock of landing in the position I had landed in - on stage in New York, being loved and celebrated.

One is a love song, the other relates more to drugs. We only realised this when listening to the acoustic Lysandre album.

Was this sort of experience why you released that acoustic record: to put more emphasis on the album’s story?

I recorded the classical guitar and vocals for Lysandre first, then layered the other instruments over that with the friends I worked with. We all had that first acoustic recording on our iPods before doing the sessions, mainly so the other musicians could reference them. I found myself really liking the acoustic version and listening to it a lot even after we finished the album proper. One time in the van the other musicians told me they still listened to it too. I thought it would make a nice 10-inch record. You know, you only live once. Luckily Fat Possum and Turnstile obliged me.

Nothing More Than Everything To Me

You're wearing a red cowboy suit in this song's video. Where did you get it from and did you get to keep it?

I got it at this little store in San Francisco that sells random vintage clothing. I had hats and boots for years that I'd bought in Amarillo Texas, I thought they'd look good together. Yes, I bought it and expensed it as a video prop... but it's mine forever now.