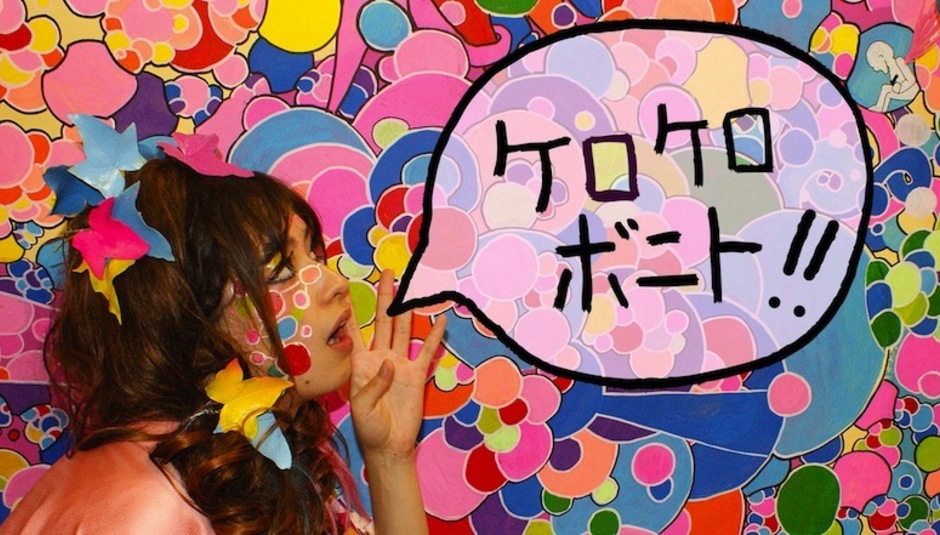 “Everyone’s spreading out now so why do we have to use just one language or one kind of music that comes from one country. Why can’t we just mash it up?” – Sarah KKB

Enter the day-glo hyperreal second childhood of Anglo-Japanese electro-popsters Kero Kero Bonito: A place somewhere between Tokyo’s neon wilderness and the sugar-rush psychedaelia of Super Mario Galaxy. Bilingual singer and rapper Sarah and producers Gus and Jamie make dizzying, Nintendo-sampling pluralist pop music that celebrates childhood as a state of mind and fizzes with optimism and hope. Sarah raps and sings in English and Japanese, sugar-sweet nursery rhyme melodies over an internationalist mash-up of contemporary sounds and glitchy computer-game noises that is deceptive in its depth and ambition. The two-guy-one-girl line-up and defiantly childlike attitude recalls Bis but with music sleeker and more sophisticated and more inclusive than they ever managed: Dancehall and Ragga beats and basslines abound but mixed with J-Pop and Hip-Hop sounds spanning the four corners of the globe plus, of course, those trademark video-game sounds.

KKB grew up as computer games started coming of age so it makes sense for games to provide both form and content for their songs: “I played a lot more when I was younger but I still find great tranquillity in playing” says Jamie “Everyone of our age experienced gaming so everyone can have the same conversation about Crash Bandicoot…” “…or Super Smash Brothers” cuts in Gus, “Tomb Raider!” offers Sarah, “I sing about Tomb Raider and Windows 98!” The song in question, Sick Beat, a girl gamers’ manifesto of defiance (“It’s often said, I should get some girly hobbies instead / but that thought fills me with dread / I’m not into sewing, baking, dressmaking, not eating, bitching, submitting”) propelled by a relentless, blaring Mario 64 sample, is an early highlight of KKB’s Intro Bonito mixtape.

Jamie offers a story of a female gamer who shut him and his mate down on GTA online a couple of days ago “…she had loads of kisses in her name and her character was dressed really girly so we were like ‘it’s great for her to be a girl gamer AND be a really girly girl-gamer’ but then she was seriously good! We were like ‘she’s actually just ended our game!’ It’s a shame really that that should be such a surprise but it seemed like the perfect realisation of that song.

Sarah too expresses frustration with the narrow gender roles still offered to women: “…just because you’re a girl, people expect you act a certain way, it’s like ‘why can’t I do this instead’, the song Babies was just saying ‘what’s wrong with not having children?’ The song, Babies (Are So Strange) is hilarious too (babies are pretty strange when you think about it), comparing pregnancy to Ridley Scott’s Alien and lamenting “Baby-producing machine, that’s what nature designed me to be” before concluding ambiguously “Well, we’ll see”.

KKB don’t want to be confined by nationality any more than gender either: Sarah dismisses the notion that KKB’s childhood nostalgia and global sound-palette tell of rootless people seeking a home: “I grew up in England and Japan, to me they’re just one place I belong. In my head, both languages are just one so I’m rapping how I feel comfortable doing it.” She admits her bilingual lyrics and the band’s multicultural tastes create a sense of otherness that intrigues listeners: “People get quite confused by us, we don’t sound like they expect: English people think I’m Japanese, Japanese people think I’m English, like ‘Oh my God, why’s this English girl rapping in Japanese?’”

“People who are fixated on only Japanese or English music might approach us in a weird way” adds Jamie “Thinking that it’s the other’s territory but really it’s wider than that, we’re everyone’s territory.” KKB’s international online following is growing too: “One Japanese fan did point out that Jamie and I are rather handsome” says Gus “so maybe that’s got something to do with it.”

Is there a contradiction in looking at once outwards towards the world and backwards to childhood? No, says Sarah, childhood to her means “…having a good time with everyone…the world seemed happier, we were playing these games, playing in the fields.” So there isn’t a sinister Hikikomori-like undercurrent to lines like “I’d feel so funny these days…I’d rather sleep than stay awake…this doesn’t feel like the right place…we’ll try anything just to be a kid once again” on I’d Rather Sleep? “No! I wrote that at four in the morning so I was in a very weird sleep deprived place at the time!”

That kind of instinctive feel, says Jamie in conclusion, sums up KKB’s appeal: “We don’t necessarily have a set idea of ‘this is going to be the content of this song’ it’s more just the sort of people we are coming across and I guess people who are in a similar situation can relate to it – that’s why we’re getting all those likes on Facebook – we’re going to kick off a revolution!” 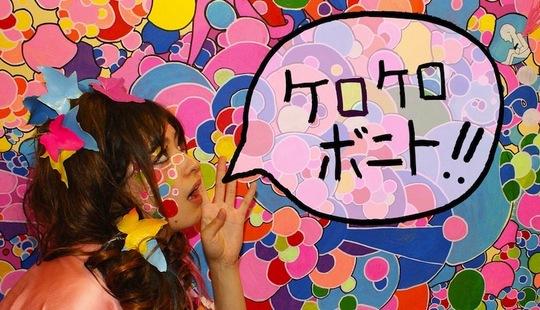