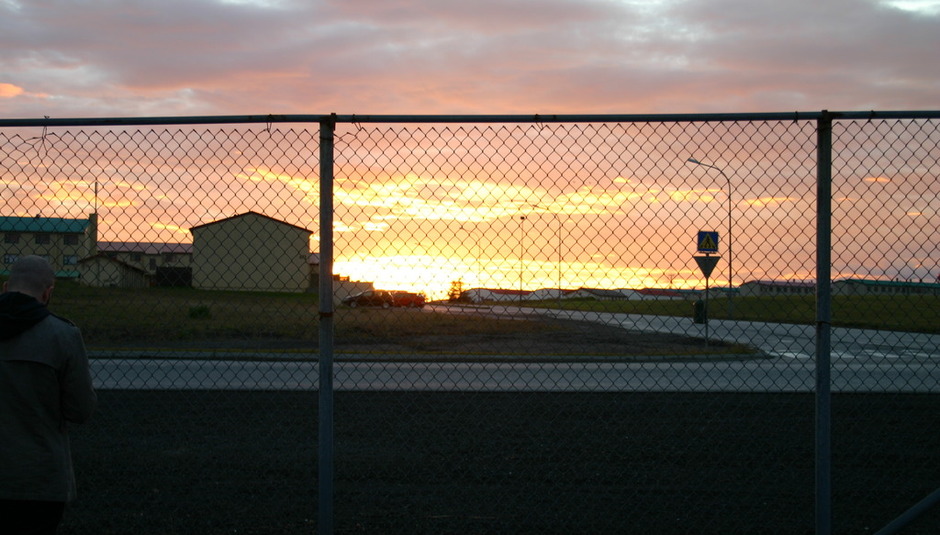 Last December, in the programme notes to the last traditional UK holiday camp-based All Tomorrow’s Parties weekenders, promoter Barry Hogan confessed to having tried to book Neil Young for every festival he’d ever put on. In Iceland he fulfilled that dream, with the Canadian folk-rock legend turning out at the start of a week of events billed as 'ATP Icelandic Takeover”' in the run up to a three-day festival at a disused NATO base.

As well as his ATP debut, it was Young’s first show on the island, but perhaps all this was less of an occasion for him than for anyone else attending. Fair enough – Neil Young has been to a hell of a lot of Neil Young gigs. He retained his skill and distinction and, backed, for maybe their last tour, by his hard-rocking fellow travellers Crazy Horse, an inevitable epic flair, but the gig itself was never as epic in scope as it promised. The finest moments were his solo guitar outings of stone classics like ‘Only Love Can Break Your Heart’ and ‘Heart of Gold’. Perhaps though, the decision of a besuited man who had clearly shat himself to stand in front of me as the concert began affected my judgment more than I’d wish.

Young played in a large sports arena in an eastern suburb of Reykjavik, but the majority of the ATP action was out of town. First in Hljómahöll, a pretty little theatre where first ATP labelmates Fuck Buttons, Hebronix and Eaux, then Icelander Ólafur Arnalds plied their brash, inquisitive, melodic trades. The action then shifted to that ex-NATO base now called Ásbrú, which, like Hljómahöll is in Keflavik, a 45 minute bus ride through lava flats wending its way from Reykjavik. It’s a journey familiar to virtually all visitors to the country, leading as it does from the nation’s only city to its major airport; it became a staple in the week of the many punters who accommodated themselves in the capital and rode it, staring out at that igneous rock over endless hours of daylight.

It was always beautiful, as, often, was the music. Low certainly were. Playing a set drawn largely from their holy trinity of early nineties LPs, Things We Lost in the Fire, Trust and The Great Destroyer, their slowcore dazzle dripped magma on the soul in a hollow hangar. It could be daft and ugly too: the seated Andrew’s Theatre, deprived through illness of Swans' saturnalia, was opened with a performance by heavy local mainstays HAM, a band comprising (in appearance) a 1970s porn star, a lumberjack, a conspiracy nut, a minister and a metaller. Their growling occasionally howling riffmaking was as uniquely delightful as the country from which they hail.

Swans' last-minute substitute in was an impressive performance of the Spiritualized Acoustic Mainline show. Originally booked to DJ, Jason Pearce assembled an array of strings and a choir, for a show that had the same polished aura that must have attended its last outing on the island. Featuring such gems as one time Spaceman 3 track ‘Lord Can You Hear Me', the show briefly quelled the observation that it would be fucking amazing to have seen Swans in the Andrew’s Theatre.

The first night was topped by two of ATP’s perennials: Shellac and Mogwai. As they always do, the former stole the show. Despite the recent announcement of new album Dude Incredible’s imminent arrival, they blasted through a setlist that eschewed well-tested new songs in favour of age-worn brilliance in ‘My Black Ass’, ‘Prayer to God’, ‘Squirrel Song’, ‘End of Radio, ‘Steady as She Goes’, ‘Copper’, ‘Crow’ and the fun of a Q&A session with the band. The trio are never less than thrilled to be at a Shellac gig at ATP, a feeling they ensure all can share. Mogwai’s gradual construction of tonal guitar noise - the sustain and release of their heroic jams - is less obviously thrilling but provides an appropriate end to a day that never quite descends into night.

When he isn’t combating technical problems, Ben Frost carves a new landscape from glacial electronica and the guitar-bled rushes of a natural disaster. Flanked by a pair of interweaving drummers, the rugged Australian emigrant now inhabits Iceland, and even curses in its native tongue when his equipment busts into the buzz of a Raster-Noton sampler. You could well believe his Sturm und Drang offerings are inspired by our host country. Outside in the grubby DJ tent, Sugarcube Einar Örn, whose fine Ghostdigital records have an electro-thrash all their own, chucks out punk classics to appreciative smokers.

Hebronix - the post-Yuck project of old-beyond-his-years Londoner Daniel Blumberg - sees Low’s Alan Sparhawk and Steve Garrington recruited on guitar and bass respectively to hold down the tunes as Blumberg and his improvisational drummer tear off the flesh of their songs. Their bodies hold up against the onslaught, bitter life never quite snuffed out. Liars are well versed at ripping their music apart; they do as they write it. Their self-immolation is awesome, Angus Andrew’s long frame beaten about by post-punk punches as songs flare from the stage.

Slowdive follow shoegaze contemporaries My Bloody Valentine and Loop into the pantheon of reformed acts to grace ATP. It is a graceful enough return too, washing over the bloodstains left by Liars. The night’s lasting impression though, is left by Portishead, a band whose reformation has been an ongoing miracle. When the trio curated an ATP themselves, back in 2007, it was obvious that the key to their greatness lay in their eclectic tastes of the three band members. It’s all their in their performances, from Beth Gibbons’ weary powerful voice, through Geoff Barrow’ hip hop revisions, to Adrian Utley’s djass and blus twang (as they don’t quite call it in Iceland). Songs with the cranial heft of ‘Sour Times’ and ‘Machine Gun’ never get tired, certainly not when performed with such assured intensity.

The final day never surpassed its opening act, with Forest Swords bringing the dubbed spatter of a UK dancefloor 11 degrees north of their native Wirral. Or his native Wirral, as Forest Swords intersecting lines of electronic crackle and hum are the solo productions of Matthew Barnes, helped here by bass and some fine HD projections. The music dips and pulsates, bubbling sublimely. Later Pharmakon stalks the aisles in front of Iceland’s most famous daughter, facing down other spectators with her uninhibited screeches. ATP stumbles on, Devendra Banhart seeming frustrated that the crowd chatter through a dull solo acoustic performance that cannot attain the intimacy it requires curiously programmed on the big stage. Interpol’s vainglorious racket fails to muster any kind of dynamic shift, sounding incongruously flat on a soundsystem that had previously excelled. ATP Iceland may have fizzled slowly out, but an average ending could not do too much damage to a fine festival. A raft of ATP favourites - not just the bands, but the faces, the quizzes, the indie discos and the smuggled booze – at a new locale ensure its tradition is not dead; it has just freshened up and moved north.