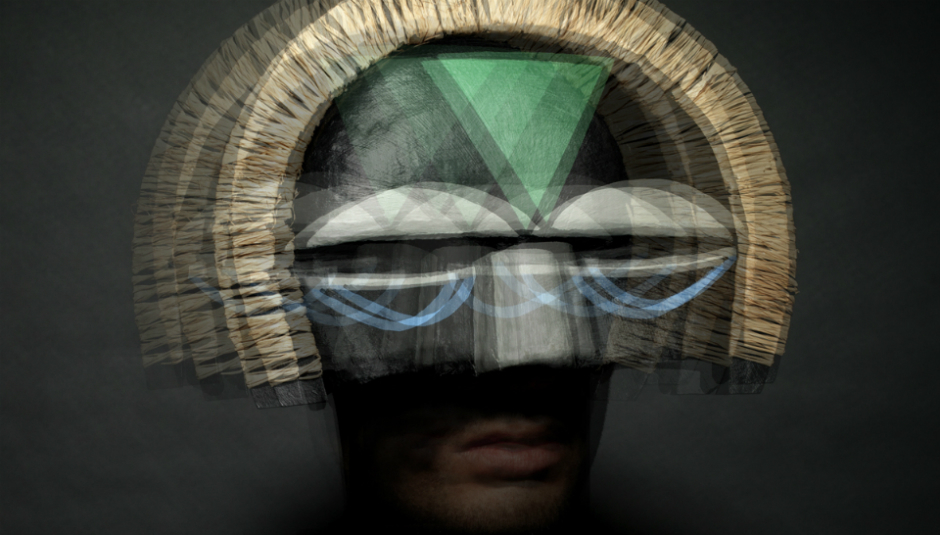 Hello and welcome to a special Battle Royale edition of DiS Does Singles.

In a week where even The Ting Tings debuted a beaut of a track, competition was ferocious for a spot in the column. Arctic Monkeys, Drake and Slow Club all missed the cut, so we decided to pit the survivors against each other in fight for musical supremacy. That means….

Caribou vs SBTRKT - A rumble in the electronic jungle

Morrissey vs Lana Del Rey - Obsessed with death, and that’s before the face-off

Jenny Lewis vs Avi Buffalo - Because Californian’s can fight too

Who will reign triumphant with Single of the Week? Read on for the full, brutal results.

Can’t Do Without You (City Slang)

Having scored a spot on the FIFA 11 soundtrack, Dan Snaith decided to amble on past his artistic peak and make a new Caribou album anyway. Guess what? It’s opening track is an absolute cracker. Lurching into life with low-slung slurps of synth and that unmistakable falsetto, ‘Can’t Do With Without You’ is basically ‘Odessa’ slowed down to half speed and with a more meandering intro.

‘When’s it going to kick off?’ you’ll wonder as it pisses about for the best part of a minute and a half. Then with one rush of percussion your fears are assuaged and your hands are aloft in approval. Not one for your standard Sterephonics-loving hooligan, but Leighton Baines might approve.

Lumped into the same post-dubstep mass as Mount Kimbie, Darkstar and Rustie, SBTRKT is easily the most influential artiste of the bunch. Both Jessie Ware and Sampha owed their initial hyperbole to him, while the Young Turks label he made his name on has now risen in stock to the point where it can hold a NYE festival in Tulum, Mexico.

Somewhat predictably, ‘Temporary View’ does a Caribou in repeating the same trick again for a potentially bigger audience - even to the extent of roping Sampha in again on guest vocals. “Won't you invite your light to wake my desire?” simpers Drake’s bezzie mate with a aching sincerity that could melt the Arctic tundra. Next time you cry-jive while clubbing, blame this and not the narcotics.

The promo campaign for Morrissey’s 10th solo effort lumbers onwards with another new celebrity-peppered spoken word video. ‘Earth Is The Loneliest Planet’ stars a washed up soul whose career peaked in the 90’s... and Pamela Anderson in an uber-serious outburst of world-weary proportions.

In fairness, You Are The Quarry had us searching for stars in reservoirs, but the lead single from World Peace Is None Of Your Business remains a dud. Flamenco-tinged and forgettable, it was ushered onto iTunes in the same week as a 20th anniversary reissue of Vauxhall & I, which doesn’t make for the most flattering comparison. As time wears on, Moz seems more and more of a caricature.

The line where Lana pushed her damsel in distress schtick too far? Lifted from The Crystals’ song of the same name, it glamorises domestic violence in simpering tones that judder through your stomach. This doesn’t necessarily constitute an endorsement, string-drenched shout outs to “sirens” smother the track in ambiguity, but that’s until you read her recent Fader interview. Here Del Rey is asked about the theme of strangulation in her videos and replies ‘I like a little hardcore love’.

Like Morrissey, Lana has flirted with uncomfortable imagery and seems ill-equipped to explain why. That’s assuming ‘Ultraviolence’ isn’t just the audible equivalent of click bait.

The winner: Morrissey proves the uncontroversial option for once in his melodramatic existence.

Los Campesinos! snuck this offering from the Benny & Jolene soundtrack out on Soundcloud over the weekend, as though they thought we wouldn’t notice. Alas, we were all over this like Gareth and a lyrical aside to lower league football.

A sort of duet between the two Campesinos! siblings, it sees Kim and her brother sing the same ode to emotive distance in awkward unison. Where last year’s No Blues went big on toilet venue anthemics, this outburst of intimate uncertainty is a sly left-turn away from those grandiose tendencies. LC! and balladry, it’s their most underplayed trump card.

The immaculately conceived Woman’s Hour strike again in this new video for ‘Conversation’ - a clip that’s worth watching even if you’ve rinsed the track on repeat for the last month. Why? You’ll get to see the band prance around in monochrome tones. Think ‘David Byrne does ‘Single Ladies’’ and you’re in the right ballpark.

Beyond their metronomic swinging of bodily appendages, you have to admire this Kendal-born four-piece for sheer dedication to their own songs. Where other bands take pride in their inadequacies, Fiona Burgess and co present a pristine vision of love, loss and everything in between. For this, they deserve immense credit.

The winner: Hoisted by our own petard, we’re choosing between two long-time favourites, Los Campesinos! have it.

Just One Of The Guys (Warner Music)

Six years after her last solo album, Acid Tongue, Jenny Lewis has collaborated with Beck, Ryan Adams and Jonathan Rice to serve up a brand new offering of alt-Americana. Peculiarly enough, its lead single is a song she first debuted yonks ago as part of her duo, Jenny and Jonny. But hey, that can only bode well for the album itself. Right?

Leaving aside such wild assumptions about The Voyager’s overall quality, this winsome slice of lackadaisical guitar and whooping harmonies is alright by us. It wafts along like dandelion seeds on a midsummer breeze, and is exactly as pleasant as that sounds - unless you have hay fever or hate country music.

So What (Sub Pop)

Having dropped his most blatant James Mercer-isms, Avi-Zahner-Isenberg seems at ease in a mellow rumble you’ve heard countless times before. Jangling six-string reigns hand-in-hand with lashes of reverb, and the lo-fi tradition of laidback melody eases onwards.

He's made it this far on a technicality, so we won’t pretend that Moz can stand the distance in this contest - that SBTRKT track is just too sublime. Still, we’re left wondering what Manchester’s narcissist-in-chief would have to do to scoop Single of the Week. Surprise us probably, and that’s something his most insufferable outbursts fail to do anymore.

You know what you’re getting with a new Morrissey album: great lyrics, middling tunes and mild disappointment. It’s been that way since Southpaw Grammar, so why would the quiffed one break the habit of our lifetime?

Whereas Los Campesinos! do their indie-pop thing and they do it well, Jenny Lewis has drifted for inspiration since Rilo Kiley went disco and then imploded. She’s said as much when unveiling The Voyager revealing its songs were written at a time when “I completely melted down.” ‘Just One Of The Guys’ shares this listless sensation, but still pulls you back in with its casual whoops and hollers. Now who doesn’t love a comeback story? Especially when it’s cooed in a blissfully wistful tone.

The winner: Go on then Jenny.

So it’s SBTRKT vs Jenny Lewis: a much-hyped act on the cusp of crossover success against an unexpected return to former glories.

In World Cup’s Final terms, we’re talking about Belgium vs England. A nail bitingly close call that will probably end on a penalty shoot-out. You all know what that means.

Single of the Week: SBTRKT.