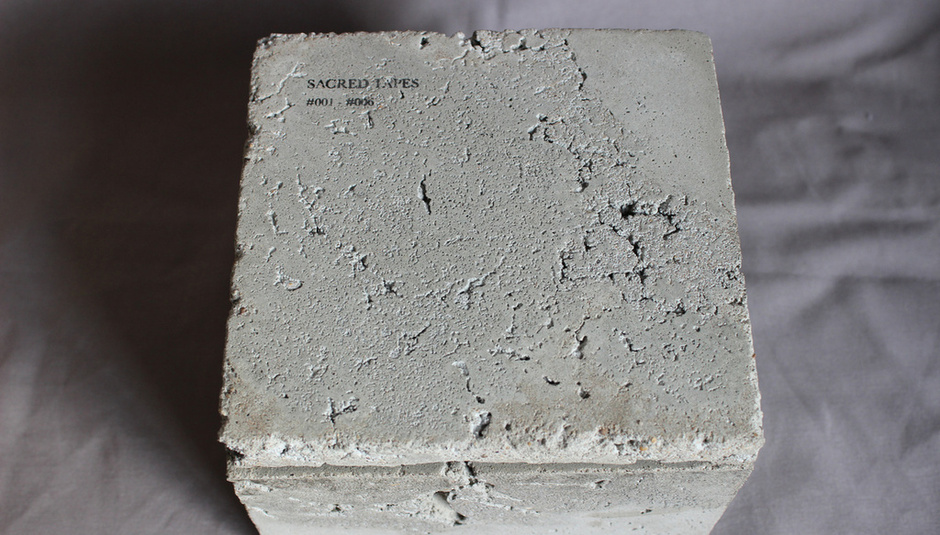 It's been a funny old couple of months for me since I last did this column. Instead of my usual pastime of moaning on the internet, I was charged with being Her name is Calla's stand in bass player, so was in a van for the best part of three weeks, frantically trying to scribble down notes to various songs. Pino Palladino I most certainly wasn't, but I still managed to hold those root notes together. Just. Anyway, I've just about caught up with everything since I went awol, so here's a few bits and pieces from Manchester.

Over the last few weeks, we've been treated to quite a lot of live music round these parts, thanks to the flurry of awesome gigs that closed the spring schedules - we had everything from Factory Floor in an old mill, column favourites Brown Brogues collaborating with other column favourites Murkage for a special one off gig, a Hookworms curated weekender, a 3 floor techno extravaganza at the Deaf Institute with Winter Son, and in-between all this, there was the excellent Sounds From The Other City festival in Salford too. If that's not enough, the summer festival season is just around the corner with Parklife gearing up it's already bustling schedule, featuring Snoop Dog, Moderat and Public Enemy amongst others.

Big shout out to familiar face Simon Catling and his Grey Lantern promotions crew too, for not only sorting out an awesome gig for the Manchester leg of the Her name is Calla tour back at the start of May, but also for bringing Border Community's Luke Abbott back to the city, who lands at Kraak on June 25th. He's out and about promoting his new record Wysing Forest, so expect woozy electronics and drone machine workouts by the barrel full.

Keeping in the electronica vein for the time being, local label Stem put out this lovely little record from Italian trio Agents of Time recently. Sounding not too dissimilar from Pantha du Prince's golden arpeggiated synths, it's a really gorgeous sounding techno album, perfect for summer (if we ever get any, that is):

If you're more a fan of the murky, darker side of things though, then Demdike Stare's latest 'Empirical Research' sounds just about perfect: 70 minutes of atmospheric darkness, guaranteed to intrigue and baffle in equal amounts. Grab it from Boomkat here.

Douga was an unfamiliar name until they got in touch after the last column went out, but I'm very glad they did, as this excellent, sprightly new album 'The Silent Well' is out now from their Bandcamp with a launch show planned for 6th June at First Chop Brewing Arm.

Currently escaping the permanent grey drizzle of Manchester summertime for the slightly warmer climes of Ibiza, Sankey's resident Jozef K put together this awesome little podcast for French blog of the moment, The Drone, recently. Highlighting his more introspective tendencies, it features everyone from The Cure to HTRK and is well worth your time.

Cavan Moran also has this beautiful little folk number on his Bandcamp, with all proceeds going to Amnesty International and Musicians Without Borders, so be extra nice and all that and donate that 79p!

Looking ahead, don't sleep on that Pye Corner Audio 12" that's due on July 21st via local label Front & Follow, as it's sounding awesome and sure to sell out! You can pre-order from their Bandcamp here.

Also, album art of the year goes to Only Joking Records' Manchester Standards Sides 3 & 4 record, due to land on June 16th, which features a whole gamut of Manc talent from the likes of Money, Great Waves, Pins, Bass Ventura and loads more (NSFW, mind...):

Album packaging of the year, however, has to go to Sacred Tapes' compilation, released in a concrete brick - it finally sees the light of day on 2nd June, and comes equipped with music that sounds not unlike the packaging itself: brutal and brittle, yet intriguing and fascinating.

Oh, and a few gigs to mark on the calender - Kranky's Tara Jane O'Neil heads to the Castle on 9th June, as supported by Vei, and his (literal) bag of tricks, who's back on the road after a short hiatus. Also make sure to head down to Manchester Art Gallery on 17th July for the Video Jam event. It's a collaboration between local film-makers and musicians, and proves to be quite the spectacle. You can submit work if you'd like to get involved by heading here. And finally, Tycho brings his lush electronica to Gorilla on July 23rd, courtesy of the ever reliable Now Wave! 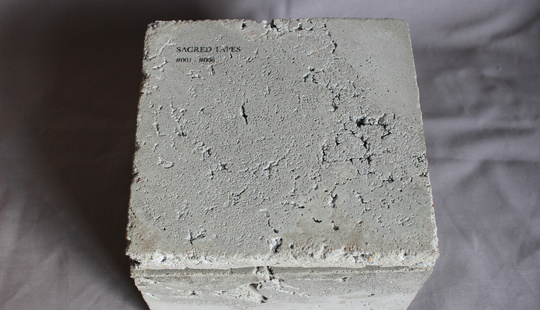