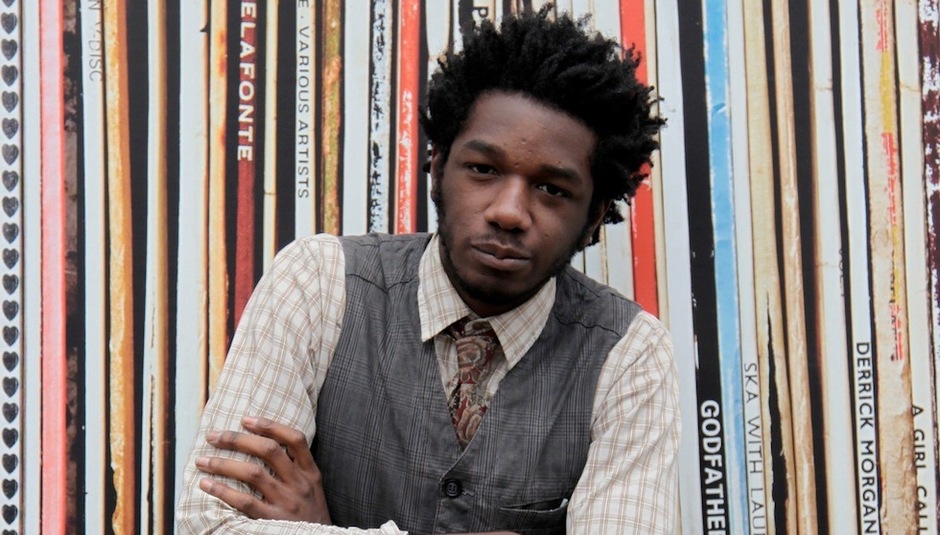 The ever enigmatic L.A Salami has just finished a string of nine London dates in celebration of each song from the forthcoming Prelude EP. The man himself, Lookman Adekunle Salami, specializes in delicately strung lyrics and folk musings. His charming storytelling has found support from fashion giants Burberry, as well as widespread radio play. He found time to chat with DiS before his Jazz Café show...

You’re currently in the middle of your 9 date E.P release, what’s the process been like so far?

It’s funny that you mistook it for an album because the release has the feel of an album, it’s a matured, finished work.

Well thanks for that, but it’s definitely an E.P because all the songs are taken from different collections of songs – the collections meaning the different albums they’re from. It’s sort of an E.P for the albums that are going to come up. It doesn’t fully express the sound, because the whole process of what I’m trying to do over the next few weeks, well the next year, is to portray the sound and then by the time the albums come out people won’t be put off by hearing something they didn’t expect. There is a lot more louder stuff to come to mix it up and there’s a lot more stuff that’s sort of leaning more towards the hip hop side of things, you know? It’s all one sound, but I want to slowly paint the picture.*

The release certainly has many different shades – there are hints of folk, country, soul and blues – is that all stuff you grew up with?

I wouldn’t say grew up because I’ve never been in a household that paid any particular attention to music, but it’s just all the stuff I love and it just happens to be genre-boundless if you like in terms of my tastes, which is true for most people these days. Obviously you can hear the stem of folk and blues very well, but it’s just a way of expressing my versions of different genres of music. It’s all me and it’s all just songs, they take the form that they need to take for the particular thing that is being said in that particular song.

The album, in my opinion, tells tales of London town. It’s full of references to our capital, has the city been an influence on your song writing process?

You have moved around a lot in your life, and have been described as a troubadour – which is always a romantic sort of image, has your movement seeped into your writing?

I suppose it just goes in, it’s like a physical representation of finding yourself. You don’t even have to move to travel to find yourself, but it helps sometimes. I’m bound to the city because it is my base of operation for the music, but it’s still hard to live here. I wouldn’t mind going and climbing the mountains or something and just cutting it all away, you know? It’s finding yourself and maybe you might find yourself doing what you’re doing, or by climbing up the mountains or you could leave the mountains until later if you know what I mean – it’s just the process of trying to find yourself.

One of the artists that offers obvious comparisons is early Dylan. You say in one of your tracks about having a tattoo of Dylan on your arm – is that literal?

[Laughs] No, no that’s a metaphor. It’s when you’re stained with something. When you are finding yourself sometimes you find it through things that inspire you and you are basically marking yourself with that and then you grow out of it, you know? It’s like what Dylan does with Woody Guthrie, he had to take on his identity to find his own identity.

And is Woody Guthrie someone who also ‘stains’ your music?

It’s just a case of tracing it back. I don’t know, I would say yeah of course I am inspired by him, but it’s more the freedom of Dylan and Guthrie. The identity of Woody Guthrie were the ‘protest songs’, but then it grew into something else of being yourself and that’s more of what I take from people like that – just being yourself and if your soul is worth hearing then just be it completely and that’s something you take from people who have reached that in their thinking.

You mentioned the next stuff will lean more towards hip hop, is there anyone within that sphere who you believe to offer the same sort of inspiration?

I’m really feeling Kendrick Lamar at the moment and people like Phonte. There’s also people like Loaded Lux, he’s a battle rapper and he was a massive inspiration for me. You’ve gotta watch a battle video called Loaded Lux vs Calicoe and see what I mean.

So is it more stuff in the here and now like Kendrick Lamar who you listen to regarding hip hop, or do you also reach further back for inspiration?

Thinking back, I loved people like Souls of Mischief – its feelings and sounds and trueness. Maybe you could argue stuff like that was hip hop being beautiful and now for some reason it’s not cool to hear beautiful hip hop and that’s why it’s not in the charts or whatever. People like Souls of Mischief and Tribe Called Quest that was beautiful hip hop – the colours are slightly different, they’re bright. Even Mobb Deep they’re just gangster rappers, but their hip hop was beautiful and it was true.

Yeah, there are people around who still do that, J Dilla was one of them and people like Chance The Rapper and MF Doom- it’s seen as ‘indie hip hop’ now to the hip hop community, it’s just not the most popular in the hip hop world.

Your sound, like hip hop, is built around lyrics – are there any particular writers or song writers who you believe are particularly profound in their lyrics or prose?

In terms of writers, people like Dylan Thomas, Allen Ginsberg and Jack Kerouac – it is very performance bound. You can hear Dylan Thomas when you read him because every syllable and every word is structured in a way that smashes you in the face with a sledgehammer- you have to listen.

The way you write is very prosaic – is novel writing something to consider for the future?

Yeah I plan on releasing a book of short stories soon so look out for that! It should be called Eaten Mellon Moon to go along with a song – only by association and not by content. In terms of an analogy then yeah, in terms of direct contact then no, but they are linked in a way.

You’ve recently been supported by Burberry and received a lot of support on the radio – has there been any change that you have noticed?

Not really, I’ve felt more change when I meet certain people on the music circuit who inspire me and stuff like that. More in terms of if you meet other musicians who inspire you and you all get together and do whatever – it makes you love what you’re doing if you know what I mean?

You say that you can ‘hear Dylan Thomas when you read him’ and you are releasing your EP over a string of live dates – is live performance something that is particular important to you? Is it perhaps something that we are losing in the way we consume music?

Yeah, I think live performance is important to everyone in the industry – it’s important to everyone. But in terms of me personally it’s about translating what you writing and saying to the stage. I write songs to be performed rather than to be recorded. It’s hard to get the same vibe in a controlled environment than in a room with people sat there listening.

The Prelude EP is out now. 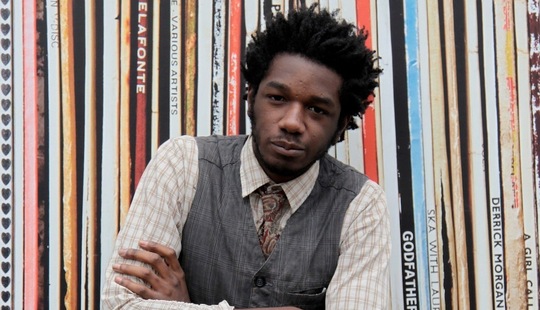