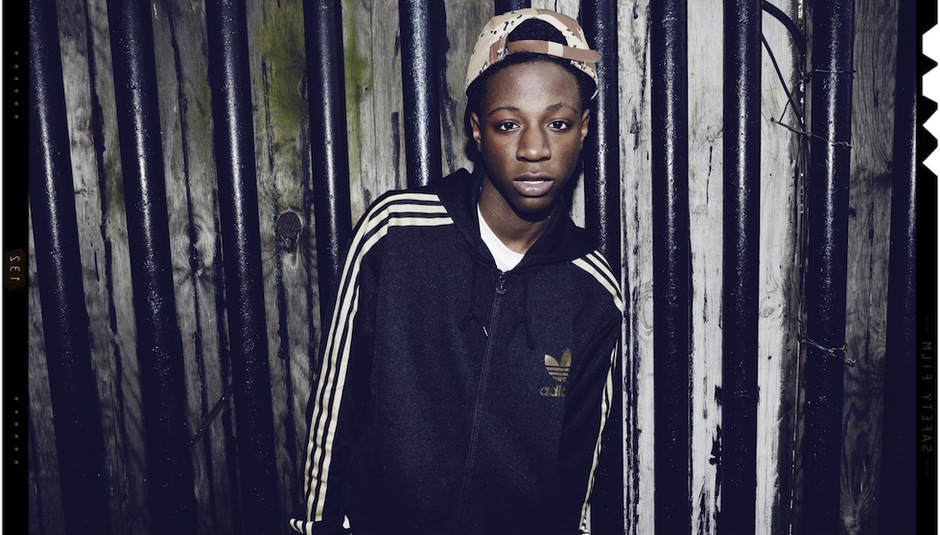 A Renaissance in the Old School: Champion Sound #17

A Renaissance in the Old School: Champion Sound #17

Keeping it real in 2014: a renaissance in the old school

The human race are creatures of nostalgia; ploughing forward in the here and now, but continuously gazing backwards down the avenues of time for glance at a sepia-toned picture of life in “The good old days” – as the saying goes. Although commuters relish in their brand new Kindle, which will let you flit between Dostoyevsky and Harry Potter in a matter of seconds, for many as we get more advanced in our technology, our tastes become matured; we swap sterilised stainless steel for weather beaten oak, mp3 for Vinyl – digital for analogue. Society and science has become so obsessed with improving, minimising and electrifying everything, but the power in the warm crackle of vinyl, the moth ball scent of vintage flannel shirts and the frayed edges of paperback can never be underestimated.

Artists and musicians of today too seem to be obsessed with looking back; the resurgence of psychedelia in the last 5 years has been impossible to miss and the consistent nods to the past in the landscape of music roll on. The 80s and 90s inhabit many of our current affections, with pop, house, brit-pop, grunge and shoegaze stubbornly reinstating their place in the limelight. Nevertheless, this era is arguably most synonymous with hip-hop and it is here where you will find a diminishing sect of artists who refuse to compromise their ancestry.

In 2014 the world of hip-hop has reached a defining fork in the road. Since the mid 2000’s a noticeable osmosis into mainstream chart and club music has become apparent – the kids who use to scream “Keep it real” now slur “Cash money” and two schools of thought are drifting further away from each other. In one camp Weezy, Rick Ross and Gucci Mane slur to the sound of a thousand hi-hats; hooks, twerkability and chromed beats rule where grit and jazz influence once stood. But in the other stirs the soul of Christopher Wallace, the chop of the Wu-Tang sword, the flow of Big L and the reassuring pulse of “Boom-Boom-Tat-Boom-B-Boom-Tat”.

The rich, turbulent, political, romantic and murderous history of hip-hop began when Wonder Mike and his mates first rolled out ‘Rappers Delight’ in ’79. Between then and the 90s it was shaped by social awareness in Grandmaster Flash and The Furious Five’s ‘The Message’, and political awareness with Public Enemy, into bone chilling poems about dealing with life in the ugly side of the “American Dream”; Biggie Smalls, Mobb Deep, Nas, Wu-Tang, and Gang Starr concentrating on the bloodstained “Code of The Streets” and the realm of Tec 9s and Mac 10s, while De La Soul and A Tribe Called Quest offer some funked out comic relief.

The glistening beats of contemporary rap do offer a new avenue to explore, but it is inevitable that, as we all hold sentimental value for our dearest of memories, there will always be people who will not surrender to change and itch to hear, shape and spit over a roughly cut beat that goes “Boom-Boom-Tat-Boom-B-Boom-Tat”. Below are 10 hip-hop artists keeping it real in 2014...

Action Bronson has been with us since the turn of the decade, in which time he has roped together a string of releases which make him a veteran even before his major debut LP. The Queens rapper exudes the lyrical wit and seamless flow of golden age hip-hop; comparisons to Ghostface Killah have been plentiful, but while Wu-Tang’s Raekwon The Chef supposedly cooked up chemicals pre-Wu, the ex-cuisiner Action Bronson dines of freshly picked rhymes “drizzled with the vinaigrette.” Stylistic nods to the likes of the Clan and Kool G Raps are in abundance, with an intangible flair and personality uniquely crafted by Action. His as of yet unnamed debut is expected this year and will be something special.

Joey Bada$$ is another of New York City’s prodigal sons and brightest protégés to kick it like its’93. A co-founder of crazy talented rap collective Pro Era and owner of two critically acclaimed solo releases, the kid is unstoppable. At the tender age of 19, he continually proves himself at the forefront of the 90s ‘renaissance’; a brand new solo LP ‘B4.Da.$$’ is on its way later in 2014 and Pro Era’s ‘The Secc$ Tap.e2’ has just passed. The Era outfit and Bada$$ are full of life, intelligence, hope, a smooth style and are already central to a tragic musical myth surrounding the supposed suicide of founding member Capital STEEZ. Joey is one of the best young hopes of hip-hop.

As with Bada$$ it is interesting to see that many of the old school’s styles lie close to the chest of fresh faced adolescents rather than exclusively to withering masters. Bishop Nehru has been spitting under the guise of a variety of monikers since he was 13, now 17 he has mastered his craft through initial self-releases via Odd Future forums and more recently under the watchful gaze of the villain himself – DOOM, who will release a collab album with Nehru in 2014; an honour not undeserved. His latest release - last year’s Nehruvia – includes sharp, grizzled beats, lucid vocals and an unmistakable affection for the minimalist sample which cut its teeth in the 90s.

Curtis Cross, AKA Black Milk, has been around a little longer than some of the other wordsmiths in this list, giving the producer and MC clout garnered from a career that started at the dawn of the millennia. J Dilla, Elzhi, Phat Kat, Frank-N-Dank, Lloyd Banks and Canibus comprise just a few of Black Milk’s associates; the Detroit native is well learned and has a decade of solo and collaborative releases under his belt. Earlier this year he revealed his latest effort – ‘Glitches In The Break’, which combines his penchant for sharp lyrics and crackling, synth infused beats. He offers a progressive sound steeped in hip-hop history.

Brookyln-born Dillon Cooper is another fresh faced kid who sweats easy listening grooves that draw from east coast styles on top of sharp beats with jazz infused basslines. Released in the summer of 2013 his debut mixtape ‘Cozmik’ offers doses of 90s era hip-hop in abundance, alongside astral plains and some contemporary outings. Lyrics about getting lifted and kicking it reign supreme and will continue in his anticipated EP which is set for release this year.

J57, The Audible Doctor, Koncept, Soul Khan, DeeJay Element, E Holla and DJ Goo have been surfing the fringes of the underground for some time now. With the quirky slurs of Soul Kahn and thoughtful musings from The Audible Doctor, Brown Bag Allstars are a collective who swell with personality and focus. Their first release from new imprint Brown Bag Records is a re-issue of their Brown Label EPs Part 1 & 2, packed together into a long player with added bonus track. Their sound is clean, saturated and full of flair.

Hailing from the historic Orange County of New York State, MC and producing duo The Doppelgangaz - aka Matter Ov Fact and EP – have made a name for themselves amongst fans and critics alike since their string of releases at the turn of the decade; all of which are self released and self produced via their own imprint Groggy Pack Entertainment - including their LP release this year ‘Peach Kehd’. While 2011s critically acclaimed Lone Sharks gave them a reputation as a duo with sharp tongues and grit engulfed beats, their latest effort also takes a nostalgic look at golden era 90s hip hop and simultaneously builds a bridge with contemporary hip hop. The duo’s Peace Kehd remains drenched in the old school, but occasionally dips its toe into more recently mined wells.

Although ex Das Racist MC Kool A.D may be largely known for his experimentations within hip-hop, there are underlying traditionalist values and nuances woven into his sound. Releases as part of Das Racist and as a solo artist, have been spontaneous, niche, genre-bending and on the verge of surrealist; but continuously throughout Kool A.D.’s material you will find a shadow of past styles. A jazz influence and the same clean quirkiness found in De La Soul and Tribe Called Quest are prominent within his work and tracks ‘Open Letter’, ‘The Front’ and ‘Hickory’ from this year’s ‘Word O.K.’ exhudes late 80s/ early 90s inspiration.

Meyhem Lauren is probably know best for his affiliation with Action Bronson – sometimes overshadowed by the charisma (and beard) of his buddy - but is undoubtedly a massive talent in his own right. Specialising in rough cut, no nonsense New York rap, the Queens lyricist is gearing up to release a collaborative EP with veteran NY producer Buckwild entitled ‘Silk Pyramids’. The first track to surface from the forthcoming release is ‘Silk Shirts & Yellow Gold’, a hard-nosed, classicist look at hip hop with chopped piano production that nods to Wu-Tang’s ’36 Chambers’.

With production credits like Harry Fraud, Alchemist, Statik Selektah, ATG, Stu Bangas, Skammadik, Ice Rocks, D.C.,Vanderslice and Nappanot it is hard not to get dizzily excited for Ag Da Coroner’s forthcoming debut LP ‘Sip The Nectar’, which is due this summer. The New Yorker gathered hype around his latest EP ‘Crushed Grapes’ – produced by ATG – and is following it up with what is sure to be a banger. Hard cut production, criminal swagger and an east coast signature weigh heavy on Ag’s sound which is gaining momentum and clout amongst fans and critics. 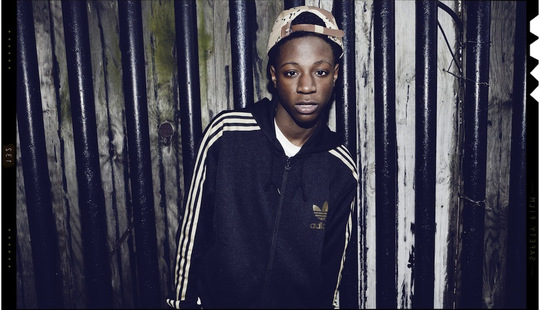