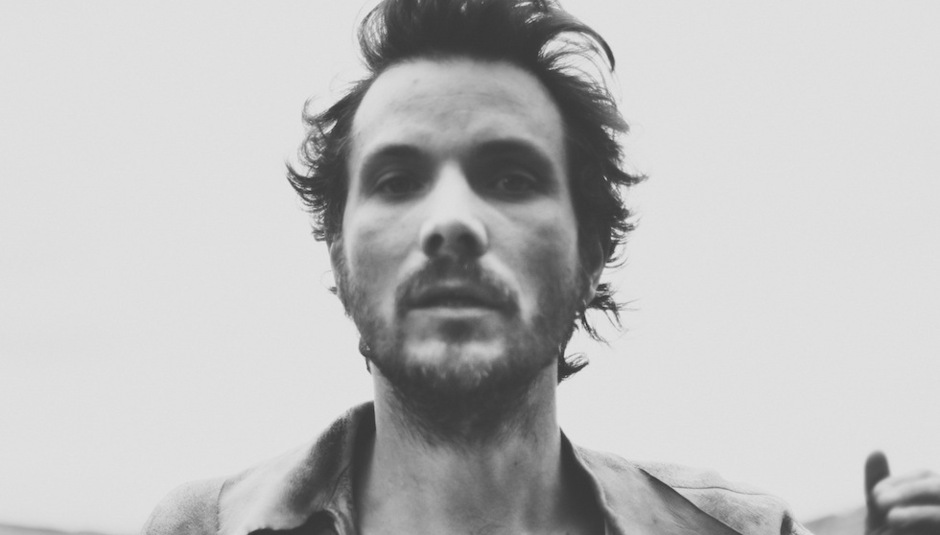 It’s been a long journey for Simone Felice to get to the point of releasing Strangers, his second solo album. He first turned heads as part of The Felice Brothers in 2006. From there he moved into the duo The Duke and The King and then cast off alone, releasing his debut album in 2012, all the while practicing his craft as a writer of fiction. Through all of his projects, he has developed a phenomenal reputation as a storyteller that few can rival. Strangers, released recently, sees Felice still as a solo artist but recording with a whole host of collaborators, whether that be those from his past or Wesley Schultz and Jeremiah Fraites (The Lumineers). The album delves further into his personal experiences, having undergone open heart surgery recently.

Currently setting off on his UK tour supporting the album, DiS caught up with Simone Felice to discuss how the album was recorded, his reputation as a songwriter, his near-misses with death and more...

DiS: How does Strangers build on the stories you’ve told so far?

Simone Felice: It’s a continuation of trying to understand what it means to be a human. The cool thing about the record is that we got to record it in an amazing spot. It was autumn in New York and all the leaves were falling. I had my band with me which was unique because for the first solo record I was all alone and setting out by myself. The songs are very lonesome and that’s how we wanted it to be. With the new record, we get to really stretch out and have a group. My friend David helped me produce the record and he’s this really amazing piano player/organist. We had Gabriel on cello and he’s on the road with me. He plays on almost every song. We get to all have a bit of a hoedown together. It was really more of a band experience and we got to tailor each song and ask what they all need. It felt like a really fun experience being surrounded by a lot of talent and a lot of love.

DiS: How important is setting for recording?

Simone Felice: For me, I’ve produced some records as well as my own records and I’ve always noticed that if an artist can feel comfortable and feel like they are in a safe and peaceful environment then they can do their best work. I love to do my work out in the country. It’s a place where you can leave the studio, go out into the woods and talk to yourself. Then you come back and hopefully capture some magic on tape. I think setting is one of the most important things when it comes to making a record.

DiS: Could you see yourself going back to making music alone?

Simone Felice: I don’t think I’d ever do it all by myself again. A lot of my first record I did the engineering myself and it was really lonely. We got some special stuff but I really do love being surrounded by people that I really trust and admire. I’m a big fan of never saying never, though. The current band feels like my Heartbreakers or my E-Street Band so that’s a good feeling.

DiS: The early reviews for Strangers have been good. How does that make you feel? Do you pay attention?

Simone Felice: Once in a while my label or publicist will show me something that came through and was really good. It makes me feel proud in a way because you’re like “wow, I’m not the only one who likes this. ” Usually, I try to not let the media influence the way I feel about myself or my work. They’re gonna say things about you and they’ve done that since the beginning of time to every artist. I can’t pay too much attention to it because it can cloud the way you approach your work. Definitely when people who know what they’re talking about, great music writers, say something good about you it’s a really good feeling. I think anyone would be lying if they didn’t admit that.

DiS: What’s the setlist likely to look like for the upcoming tour?

Simone Felice: Well we’re probably going to play every song from Strangers. We’re also gonna play songs from The Felice Brothers and everything in my back catalogue really. There’s going to be a lot of my history on this tour. There’s a lot of fun ones to play, we’ve been rehearsing it and getting it ready. Almost every song from the new record is fun to play live so we can’t wait to share it with everybody.

DiS: You’ve got a strong reputation as a storyteller. How does that make you feel?

Simone Felice: (laughs) I’m just walking the paths of my heroes really. People like Leonard Cohen and Ernest Hemmingway. I’m just doing my best to stitch my little part of the tapestry.

DiS: To what extent have your personal experiences fed into your music?

Simone Felice: I guess quite a bit. To raise the ghost of Ernest Hemmingway again, his mantra was “write what you know”. I think it’s important to write what you know, what you feel and what you experience. Music has been a real healing force in my life, not only the work that I’ve written but the work that I grew up listening to. Joni Mitchell is one of my heroes when it comes to songwriting. She wrote a record called Blue that came out in the early seventies and I remember it being a force for healing in my Mum’s life when we had a really hard time in the early eighties. Ever since then I’ve looked at music as more than just a cassette tape or a download. It’s really a healing force.

DiS: Did you ever find it uncomfortable to talk about these personal experiences? Whether that be in an interview or through your music...

Simone Felice: Yeah definitely, but I think if you come out of your comfort zone it can be really important for growth and for your soul.

DiS: What was it like writing a memoir for The Guardian?

Simone Felice: It was a real cool experience to be able to do that. I grew up as a kid reading The Guardian and it was the paper that you hoped was telling you the truth whereas a lot of the papers weren’t doing that. To get to write a piece for The Guardian was a real privilege. For me, it was more than just writing something that experience because it forced me to go back to that moment when I was a kid and had very scary experimental brain surgery. I interviewed my mother about it and it really brought me back and helped me face those ghosts.

DiS: What was it like being the interviewer rather than interviewee for a change?

Simone Felice: (laughs) Yeah, it was nice and it was also emotional. We both started crying and she recalled this time in 1989 when I was 12 years old when she basically saved my life and carried me on her back like a soldier to the emergency room. It’s strange being an interviewer because you have to ask the hard question sometimes but it was a really healing experience.

DiS: Do you have any more contemporary influences compared to the classical examples you usually give?

Simone Felice: Yeah, I grew up listening to a lot of the sixties, seventies and eighties stuff; all really influential to me as a kid. I loved Nirvana, hearing them really change my life. Going on, I loved Radiohead; they influenced me a lot and especially Thom Yorke’s poetry. I think David Gray is a great songwriter; when he first came out I really connected with some of those early recordings. I love The National, they’re a contemporary band and they’re phenomenal. They’ve got this amazing sound and it’s great poetry. I like Laura Marling, she’s a great singer/songwriter and she’s become a good friend of mine. She’s incredible. There’s a long list but those are the folks that I’d really sit down and listen to. Oh and I really love that first Bon Iver record, that was really special.

Simone Felice: It all has to start from a spark, feeling or inspiration. Writing songs and writing prose are two branches of the same tree; it all comes from the roots of poetry and storytelling. I’m really immersed in songwriting right now and I’ve found a way to get everything I need out of it and still be a poet, storyteller and a singer. It’s really great to be able to write a song and share it, which doesn’t take so long, compared to, for example, writing a book. I’m really enjoying being a singer and finding my voice and being able to transpose and inspiration that I get into melody.

DiS: Do you find time to write every day?

Simone Felice: I’d love to say that I write every day but there’s so much to do in my life. I have a young daughter and I love to spend time with her. I have a lot to do with the new record coming out so I have to get that out there, talk to folks like you and get the words out there. That’s just as important as the writing because that’s how we spread the word and I get to share songs. I’m always writing down ideas though, on a piece of paper or a napkin. It’s the really special seeds that bear fruit and those are the ones that I have to water and look after.

Strangers is out now via Team Love.

For more information on Simone Felice, including tour dates, visit his official website . 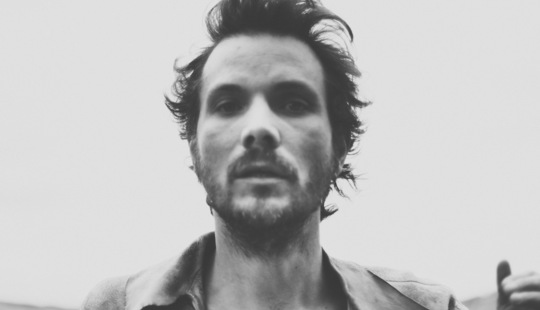 In Photos: Fall Out Boy @ Wembley Are...