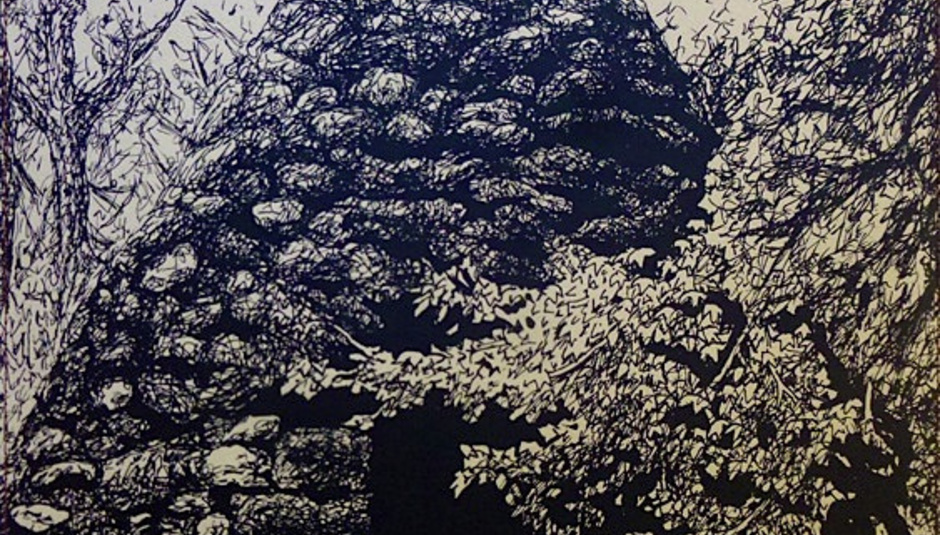 We’re nearly a quarter of the way through the year already, and there’s already more fantastic new ambient records out there than I know what to do with...

We start this latest round-up with the the forthcoming new Thrill Jockey release by Jon Porras, one half of Californian drone duo Barn Owl. Following on from V, which saw Porras and his collaborator Evan Caminiti largely leave behind the guitar in favour of analogue electronics, Porras’s new solo album has chosen a similar route. Light Divide steers itself into gloomy territory from the outset, with the unsettling dehumanised bass throbs that emerge partway through ‘Apeiron’ setting the tone for a record that belongs in shadows from which no listener can escape.

In contrast to Porras’s darker excavations, Iranian Porya Hatami’s Shallow is a record bathed in the light that Porras has eschewed. A beautiful mix of field recordings and subtle instrumentation, Shallow is an indulgently effortless and soothing listen from an artist whose largely unknown previous work also merits attention. Amusingly, Hatami is only rivalled right now in producing pure ambient relaxation by the sometimes feral noise artist Kevin Drumm. His new tape for Editions Mego, Shut In, comes with a scrawled axe on the cover, but sees the Chicagoan providing two of his most delightfully meditative pieces to date.

Marsen Jules is clearly much enamoured with the legendary output of Wolfgang Voigt’s Gas project - then again, who isn’t? - and on Beautyfear uses Voigt’s influence to produce his finest record to date. If Gas sounded like Voigt producing techno in the forest then Beautyfear sounds like Jules sculpting ambient soundscapes underwater. By the time the album draws to a close you’ll have been transported to the shoreline, with your back to the wet sand and the tide lapping gently against your hair.

A Winged Victory for the Sullen, the duo of Stars of the Lid’s Adam Wiltzie and pianist Dustin O’Halloran, produced a first offering so perfect to these ears that it has been, by a long distance, my most played record of the past two and a half years. Unsurprisingly, then, I have been eagerly awaiting new material from the pair and, thankfully, Atomos VII makes for a neat stand-in EP in anticipation of a new full-length to come later in the year. The title track makes use of more varied string instrumentation than the the debut, whilst ‘Minuet for a Cheap Piano, Number One’ is a heavenly bonus if ever there was one. The ‘Greenhouse Reinterpretation’ of ‘Atomos VII’ is equally essential essential, with Ben Frost taking the original composition into haunting Tim Hecker-esque territory.

Operating in similarly classically themed territory is Rebekka Karijord’s new record Music for Film and Theatre. Norwegian Karijord has made her name in Scandinavia as a singer-songwriter, but, as the name suggests, Music for Film and Theatre has a different modus operandi to her previous work. At times starkly minimalistic, as on the woodwind and piano duet ‘Lullaby’, and at others more ambitiously orchestral, like on the opener ‘Prologue’, this fifteen track album proves that Karijord may just have a dual future as a composer. Although some tracks are less effective than others, and sometimes make rather predictable use of Karijord’s wordless vocals, this is certainly impressive enough to warrant future records of this type from Karijord in the future.

Rounding things off this time are two new releases from Oliver Barrett. Mima is the latest record released by his Petrels project and, whilst it’s not quite as sublime as last year’s Onkalo, it once again demonstrates that Barrett is spectacularly gifted. Marrying together sounds acoustic and electronic with astonishing ease, the magnificently named ‘A Carapace for Carter’s Snort’ is the highlight. Away from Petrels, Barrett has also come up with the rather incredible Woodsmoke, a two track effort released on Tartaruga Records under the name Glottalstop. Over forty minutes Barrett slowly blurs and obscures our vision, in what makes for a deeply uneasy, but essential, listening experience.

Before leaving you I’d like to alert London based DiS users to attend the last few events in William Basinski’s Arcadia series of shows across the capital. The wonderful cellist Julia Kent plays the Ace Hotel in Shoreditch on Tuesday 18th March, and then supports talented sound artist Valgeir Sigurðsson and Liam Byrne at Village Underground the following night. Basinski himself will join Rhys Chatham and Charlemagne Palestine in performing at Hackney’s marvellous St. John’s Church on Thursday 20th March to bring the series to a close. Tickets are still available. You’d be foolish to miss out if, unlike me, you’re in the area. Visit www.artassembly.org.uk for more details 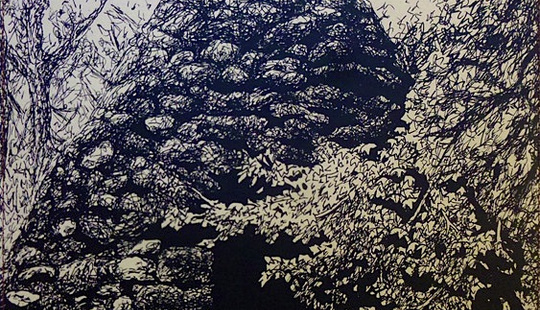 "That song drove me to life"