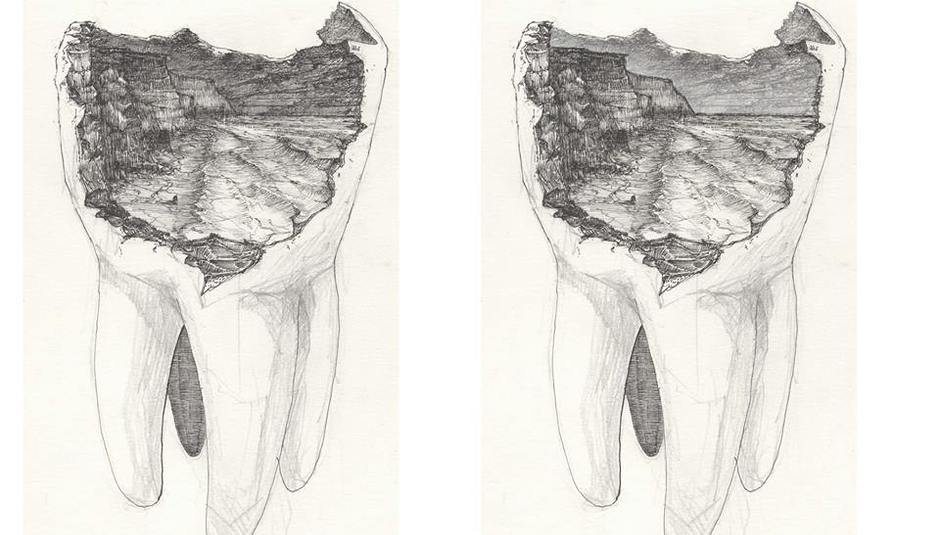 James Vella is a busy man. As well as playing in instrumental five-piece yndi halda and under his solo name, A Lily, he also works at Brighton’s legendary Fat Cat Records. On top of all of that, he has managed to find time to write a short story collection. 'Devourings', James’ first book, will be published by Wounded Wolf Press on February 17th. To mark the release, we asked James to pick his five favourite books and imagine what their musical accompaniment might be...

And then one day a solitary figure appeared, moving toward them across the lifeless plain from the west.

Paul Bowles was a novelist and composer. Immediately this resonates with me. It also helps that his short stories - published across his entire career from 1950-1995 - were superb. He often wrote brutal and haunting pieces set in North Africa, with a studious impassivity to violence and menace and his work rattles the mind long after the end of the story, so willfully savage are the cruelties committed by the characters. This one in particular is as exotic as it is chilling; as honest as it is gripping; as elegant as it is horrifying, all within a few thousand words.

If this story was a song it would be: François Muduya - Chant Avec Inanga. A throat-slicer of a track, summoning malign spirits from deep African darkness.

"I promise you that labyrinth, consisting of a single line which is invisible and unceasing".

If I had to pick a favourite author, Borges might be at the top of a long-considered list. A blind Argentine writer who read philosophy and academia obsessively, he only wrote short stories in his career, apparently lacking the patience to write full-length novels. Death and The Compass is a detective story deep in the shadows, a ritualistic tangle of deception and encryption. When Borges tackles the detective story, we are given lines like ‘towards dawn, one of the gendarmes who patrol those solitudes on horseback saw a man in a poncho lying prone in the shadow of an old paint shop...a deep knife wound had split his breast’.

If this story was a song it would be: Nick Cave & Warren Ellis - The Money Train. Nocturne, snaking and mesmerising. Formed from classicist elements but creeping and crawling through repeated themes.

His hands stiffened so that the fingers curled inward like grey claws. Tense against the wall of the dining-room, he watched and waited.

Dusty, tense and moral writing from Southern Gothic author McCullers, initially published in the New Yorker in 1941. She crafts such vivid characters, unhindered by a small cast number. The confrontation is rich in warning and damning heartfulness. There is just one setting, but the room teems with life. Just one injustice, but the antagonists are inescapably tethered to it.

If this story was a song it would be: Bob Dylan - The Lonesome Death of Hattie Carroll.

When your timer sounds for the final round, you must be in fighting trim: not aggressive, but supremely alert.

Harry Matthews is the only living author in this list. He wrote Country Cooking for travel magazine Antaeus. Apparently uninspired by its usual subject matter, Matthews instead submitted a piece that on the surface seems to be a recipe for a bizarre, but fictional dish. But before it becomes clear that the walls of storytelling have been breached, the recipe has already gently metamorphosed into dreamlike farce, just as nighttime projections change personality and mutate so readily.

If this story was a song it would be: Papa M - Sabotage. Hypnotic, gentle, but in constant evolution, opening into something glorious and playful without any warning, revealing more secrets than its beginnings disclose.

Ernest Hemingway - The Snows of Kilimanjaro

It came with a rush; not as a rush of water nor of wind; but of a sudden, evil-smelling emptiness and the odd thing was that the hyena slipped lightly along the edge of it.

Though Hemingway’s novels are invaluable contributions to literature, his short stories should not be overlooked. The Snows of Kilimanjaro describes an author as he lies dying from a gangrenous wound under the shade of a mimosa tree, drinking and hallucinating. He comes to realise that he has truly lived, but never truly written. Suffering as much from regret as from incapacitation (the pain has already seceded), Harry represents a struggle between living well and dying well: though he has survived war, gambled and enjoyed women, fished in the Black Forest, summered in Paris, he has barely recorded any of it, barely scoured historical significance, and the now the hyena has begun to approach.

If this story was a song it would be: Open Letters to Duke. Classy, but tough. Melancholic, but wild. Drunk, but precise.

You can find out more about Devourings and order your copy online here. It will be published by Wounded Wolf Press on February 17th. 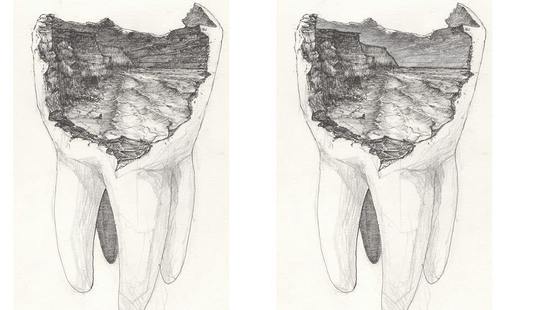