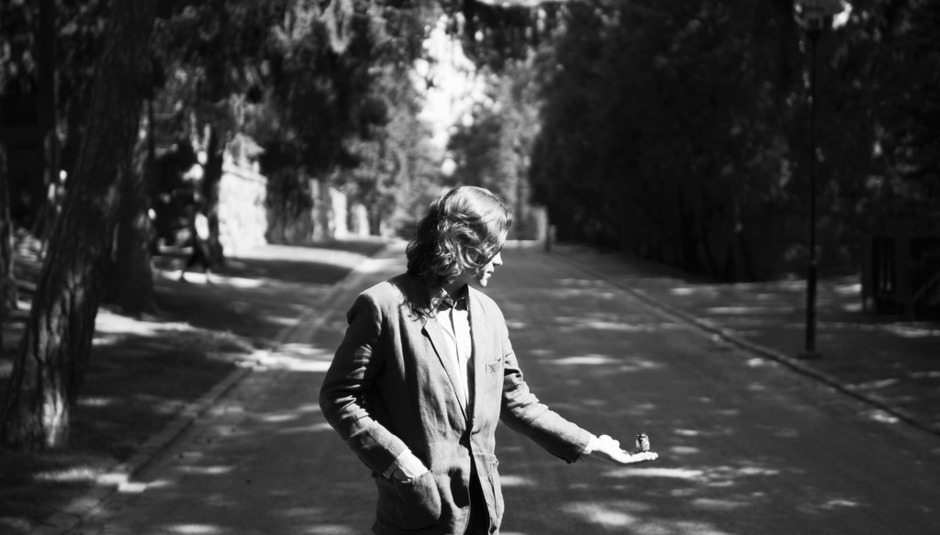 Five years ago, Spencer Krug was slaying dragons. Creating albums of wild imaginative scope, he melded dreams, religion and fantasy into epic musical frameworks, layered with metaphors. But working more recently under the moniker of Moonface, Krug has refined his style towards simplicity; exposing more of himself through increasingly straightforward approaches.

This process reached a culmination in last year’s piano-and-voice album Julia With Blue Jeans On, revealing a brand new facet of Krug's creativity; moving from the otherworldly to the grounded.

“These songs share common themes of love, self-acceptance, acceptance of others, the idea of home, the idea of forgiveness" Krug tells me, acknowledging this shift in his albums’ tone. "In general, it’s a more optimistic thing than I've ever done before”

“I think the way I’ve been writing songs for the last couple of years has been slowly steering in the direction of using more streamlined and simplified language, less fantastical metaphors. I’m trying to just embrace that and not fight it, and just go with those impulses”

The piano-and-voice arrangements of Julia With Blue Jeans On lend themselves to vulnerable, direct lyricism. It gives the words more space to reach the listener, and sheds the weight of his typically highly wrought textures. But for Krug, the move to piano was more circumstantial than purposeful. “It was just the next obvious thing to do”, he shrugs.

“I bought a piano last year, just to get through the Helsinki winter… Instantly, little riffs and songs started coming out. That’s how I play an instrument – I just write stuff on it. After about three or four mostly finished songs had worked their way out, it seemed to make sense to make a piano album, and make a solo album I could tour by myself”

In spite of how Krug grounds the album’s origins in happenstance, it’s difficult not to hear Julia as a reaction to the restless energy of his rock outfits, and the process of compromise which comes with performing as a band. “Moonface in general might be a reaction to Sunset Rubdown and Wolf Parade, having to work within the set parameters of a band”, he concedes, “That got frustrating after a while. That’s why I started Moonface, to have an outlet without a set of rules”

It’s the creative liberation of the Moonface project which led to this album. “I’m allowing myself to work on whatever I’m excited about that day or that year; not to feel this obligation to stay with the same sound, or to work with the same people”, Krug explains. “I tend to have a very short attention span. Once I’m done with one set of instruments, I want to move on to something new”

On this record, Krug tasked himself with creating a record completely live, for the very first time. “I got really into the challenge of trying to make arrangements which were worth hearing, and still engaging, with just one instrument and one voice”, he says. “I’ve made solo albums before, but I’ve never made one which was recorded completely live, with no overdubs. I got excited by that idea: the challenge of seeing what I could do with my two hands and my one voice”

This approach of simplicity is in stark contrast to the style of song writing for which Krug became known. His earlier LPs were thorny messes of restless sound and tottering structures; cramming in more musical ideas per song than some artists manage in an album. But Krug surprises me by admitting without hesitation that “I have slowly grown to hate that style of song writing, that schizophrenic, unfocussed, frenzy”

“It’s something at one point in my life I was really into", he continues, "but if I ever hear it back now I feel it lacks a lot of soul, and heart. It never wants to commit to one thing, and it never really has to answer for itself. Whereas these piano songs, the album and the songs themselves; they are focused and they are exposed, and honest, and a little bit vulnerable”

But for all of Krug’s talk about moving towards what he sees as a more mature approach to song writing, what ultimately comes across above all else is the pleasure he’s getting from just playing the piano, alone.

“It’s emotionally therapeutic and physically cathartic too”, he says, drifting into wistful lyricism. “You really get to lay into it. It’s such a cool instrument – it’s so honest, and true. The harder you hit it, the louder it gets. And there’s no limit to that: if you can hit it hard enough, it’ll get louder; if you can play it softly enough, it’ll get quieter. I love that physicality of it. And if I was on stage with a piano and even just a string player, those sort of dynamics would become less available to me. But when I’m alone, I’m in full control of the music, and full control of the moment. It’s exhilarating”

The contentment which Krug gets from the piano is evident to hear in Julia With Blue Jeans On – arguably Krug’s most tightly unified and emotionally relatable album to date. Written “for the piano on the piano… over the same few months last winter”, the songs unfurl like fragmented reflections on interconnected themes, all centered around the nucleus of the album’s gorgeously simple titular image: Julia with blue jeans on, framed by the space of silence. “This one feels more personal, and more rewarding emotionally”, Krug agrees.

Contrasting his new solo performances with his recent touring life, he explains that “sometimes you’re on stage with a rock band, swigging on Jameson with a bunch of dirtbags, and you feel like what you’re doing is juvenile. Because it is. Music is kind of vain and juvenile, most of the time, including everything I do… But with these piano songs, I don’t feel those things. I can play them on stage and think ‘I’m a decent person’”

Considering the comfort which Krug gets from the nakedness of the material and the honesty of his performance, I end our conversation by asking why he released these songs under the name of Moonface, rather than his own.

“There was discussion with the label about this record just being Spencer Krug and I entertained the idea for a couple of weeks”, Krug replies, “but… I like performing with an alter ego, still. It gives me a little more emotional space and freedom to sometimes – rarely, not very often – be a performer, and not just a person”

For all the layers he’s stripped during the creation of Julia With Blue Jeans On, he apparently has more to expose before standing before an audience simply as Spencer Krug. And with the promise of new piano-and-voice material in development, this provokes keen anticipation for what he might offer us next, as he continues to move away from the frenzy of his abandoned rock outfits, and grows into this new phase of focused, artistic maturity.

In Photos: Haim @ The Forum, London