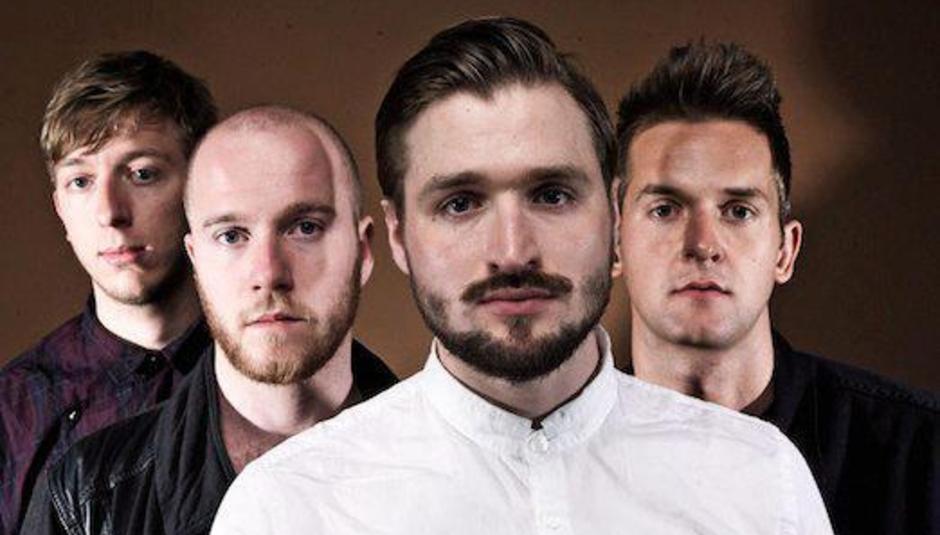 With two of the most ambitious, unique and near-perfect albums of the last five years already to their name, the weight of expectation surrounding Wild Beasts next recorded venture is unsurprisingly huge. Although it's been two-and-a-half years since Smother arrived, their constant touring schedule, which lasted eighteen months from the date of its release, saw any new output consigned to the back burner. Indeed, the last time Drowned In Sound spoke to the band back in November 2011, bass player Tom Fleming told us they wouldn't be rushing things as far as album number four was concerned, and as the interim period has proved, he wasn't far wrong. Which in many ways is a blessing, particularly in a climate where new music and the artists responsible for its creation are often treated akin to that of fast food merchants; serve up a product, devour it, then bring out the next course while the first's still being digested. It's to Wild Beasts credit then that they've taken the best part of a year out writing new material, culminating in a week-long series of low-key shows aimed at road testing some of those songs alongside tried and trusted favourites of yore. And even then, both band and label have hinted any new long player won't see the light of day before June 2014 at the earliest.

Tonight being the penultimate show of the five-date tour, it's perhaps fitting that a band whose lyrics eschew the kitchen sunk dramas of both the mundane and eccentric should choose Sheffield's Queens Social Club. Next door in the members side, old age pensioners engage in an evening of bingo, blissfully unaware of what's happening in the main hall. First up is Ben Garrett aka FrYars, whose wistful folktronica sounds like James Blake taking The Antlers Hospice to hidden, murkier depths. He's an appropriate choice as support, more so because of the similar direction Wild Beasts took on their last record (and will later hint at where album number four is heading too). Although at times perplexed by the setting that greets him - Garrett mentions this on more than one occasion - the healthy response afforded by an audience predominantly here to see one band can only be a positive sign for an artist so heavily tipped not that long ago, but who'd seemingly faded from the spotlight in recent months.

When Wild Beasts take to the stage, they're greeted with an adulation normally reserved for returning military servicemen and such like. With members of Sky Larkin, I Like Trains and This Et Al in the audience, it seems like a vast contingent of Leeds' - their adopted city of residence in the band's early days - music scene has turned out to see them in the most southernly part of Yorkshire. Opening with 'Wanderlust', the first of four new songs aired this evening, its brooding melody and driving rhythm not that dissimilar to Two Dancers opener 'The Fun Powder Plot'. Having immediately settled effortlessly into the song's casual groove, its lyrical content has a bittersweet taste most overtly demonstrated by Hayden Thorpe's cutting riposte, "Don't confuse me with someone who gives a fuck," punctuating through its very core. The familiar strains of 'Reach A Bit Further' and 'We Still Got The Taste Dancing On Our Tongues' follow, the latter abruptly curtailed mid-song due to a power cut that sees Thorpe and co. leave the stage for at least five minutes while technical issues are resolved.

Returning apologetically, it's a case of business as usual for the rest of the evening. Another new song 'Sweet Spot' sees Thorpe and Fleming alternate vocal duties verse-for-verse, its pulsating electronica quite reminiscent of Sheffield's finest exports The Human League and their finest hour, Dare. 'The Devil's Crayon', the oldest song played tonight is dedicated to the first time they played in Sheffield, while 'The Fun Powder Plot' brings a surge of loose-limbed bodies to the front of the stage. 'Pregnant Pause', the third new song of the evening comes next. Probably the nearest they get to the dark electronica of Smother in shape and stature, it's by far the most mournful of the bunch, yet no less incisively executed. Flowing succinctly into 'Albatross' then a delightful 'Hooting And Howling', they've managed to strike a fine balance between old and new which shows no sign of dissipating any time soon.

'Dog's Life', the fourth and final new one in tonight's set, once again highlights Wild Beasts ability to build discordant electronic elements around ballads drenched in intensity. Finishing off with a five-song whammy including live favourites 'Bed Of Nails' and 'All The King's Men' that culminates in 'Lion's Share', where Katie Harkin from the aforementioned Sky Larkin joins them on keyboards, it's a triumphant return to the live arena despite the technical hitches early on, and one which will make the next seven months until the new album drops a very long and agonising but ultimately worthwhile wait in the process.