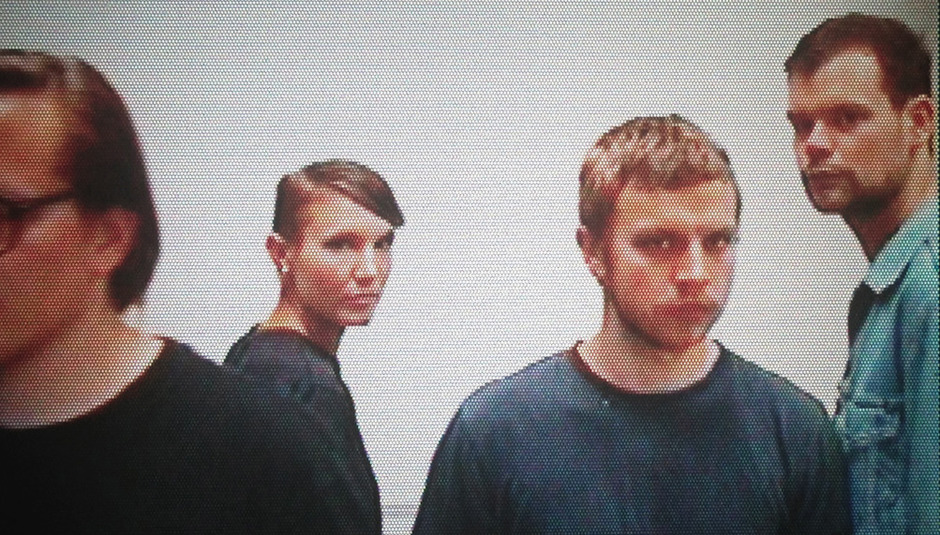 Hiya. This is DiS Does Singles and you’re here for some songs to amuse your earholes with. Needless to say we shall indulge your craving for new music and, hopefully, keep you amused with an ill-crafted joke or two as well.

In this week’s column, Lorde is kicking back against Cristal and Maybach to propose meaningful sentiment as the answer to all life’s problems. Lxury has teamed up with the Disclosure bros, like a Princess Peach to their Mario and Luigi, to show why he’ll soon have the Top 40 at his mercy, and MØ is in a video snogging a semi-naked Diplo, sort of.

There’s also new tracks from Waxahatchee, Jungle and someone called Lady Gaga. She’s teamed up with R Kelly for this new song, so obviously it’s about sex.

Most importantly, Woman’s Hour have triumphed to grab Single of the Week with ‘Darkest Place’. Watch the video, feel inconsolable and watch it again. It’s that good. Some people say breakups are messy. These people don’t know about love.

Breakups are clinical - an abrupt severance from a place of absolute certainty. Your worldview irreparably shifts from rose-tinted to wearisome and you can’t wash the colour back in. All that’s able to fill the absence is time.

After tiptoeing up to the precipice of heartbreak with ‘To The End’, ‘Darkest Place’ finds Woman’s Hour in free fall. They’re headed for rock bottom at terminal velocity and every pang of acceptance has been recorded with unflinching honesty. You can hear the regret reverberate through Fiona Burgess’ Cumbrian tones, “To not have have your eyes where I used to drown. If there’s anything left, we left it dead.”

Underlining the single’s mundane horror is a truly harrowing video. Shot in one black & white take, it sees Burgess screaming her anguish while two male hands sweep themselves across her face trying to prise her eyelids open. The austere four-piece’s frontwoman is physically coerced into accepting her new lonesome reality.

What marks ‘Darkest Place’ out as an astonishingly good track is not its brutal promo clip, but the way it trails off into a downcast instrumental climax. Just as the verbal onslaught becomes unbearable, a delicate synth riff is summed to clot up your thoughts and ensnare you in Burgess’ grief. For two minutes of tear-streaked darkness, you’re cast adrift with only the memory of her lyrics to serve as an anchor.

It’s a horrible experience, but then so is being thrust out of love. Woman’s Hour know how to twist the knife because they’ve suffered the same romantic fate as the rest of us.

In place of unattainable hip-hop excess, Lorde’s ‘Royals’ glamourises real life and true love. Its harmonious swells of falsetto and finger-clicking are all the decoration this 16-year-old New Zealander affords herself while denouncing pop culture's thirst for unending extravagance. To hear someone so young define themselves by what they don’t like is a tad saddening. When you articulate your cynicism this eloquently, people are guaranteed to sit up and listen.

Adorned in all the riches a Disclosure co-production credit can afford, ‘J.A.W.S’ has already clocked up enough Soundcloud adulation to guarantee its creator a spot in next year’s Sound Of parade. It slinks between stabs of synth and percussion, moulding them into a shapely groove that’s more than worthy of association with the Lawrence brothers. They may have started this chart-worthy fire of elegantly undulating dance music but Lxury is stoking its flames with gusto.

While some popstars hire a giant gold truck to tease their latest single, Lady Gaga makes her arse the centrepiece of its cover art and holds a Twitter confessional four hours before its release.

MADONNA HATES GAGA SHES OVER http://t.co/zrxU9k3Ho2 i dont need anybodys permission to be remembered. I will be. Whether they like it or not

Having played the tabloid news game for all its worth, ‘Do What U Want’ is a surprisingly restrained affair for Stefani Germanotta. Sure it’s a glossy, synth-lead sex jam featuring the legendary R Kelly, but this is what counts as ‘back to basics’ in the Gagaverse; a song that references both ‘the haters’ and ‘the club’ in one fell swoop.

Is it good enough to deliver her fifth UK Number 1 single? Probably not. Nevertheless, it’s good enough for now.

A self-loathing singalong to assure you that other people can fuck up too.

Imagine Sampha and Jamie xx got together to spend their Drake-endorsed royalties on making a sombre funk record. Chances are they’d come up with something like Jungle’s ‘The Heat’. Flecked with subtle grooves and a soulful croon, it’s a buzz track designed to stoke the hype machine’s tastebuds without provoking a sensory overload. When this band sit down to write their ‘hit’, the results could be magnificent.

Slap-bang in the middle