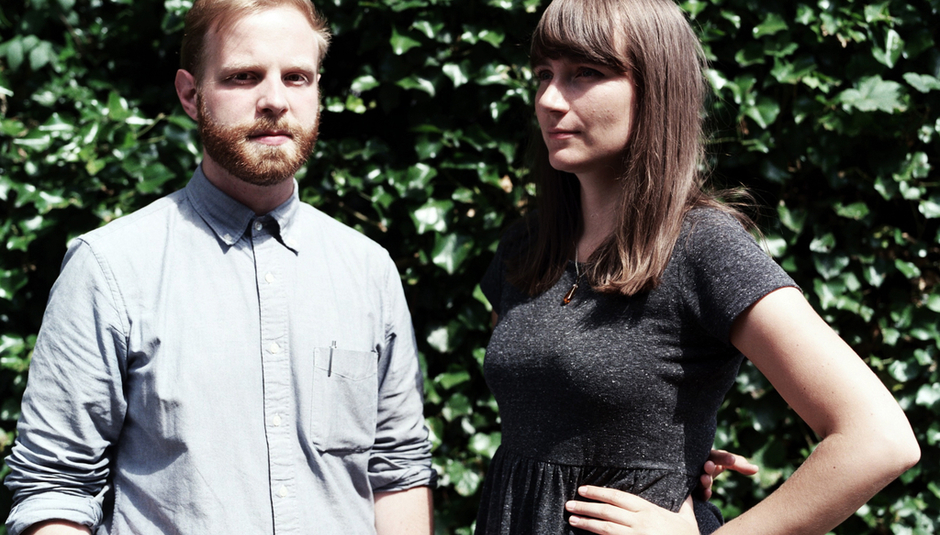 Planet Gear: Katie from Sky Larkin on her guitar pedals

Planet Gear: Katie from Sky Larkin on her guitar pedals

Since the release of their second album 'Kaleide' in August 2010, Sky Larkin took a hiatus. Singer and guitarist Katie Harkin joined Wild Beasts an as extra live band member to accommodate the expansive sound of 'Smother', whilst drummer Nestor Matthews sat behind the kit to record with Menace Beach and Giant Fang. Written for the most part whilst Katie was on the road playing in Wild Beasts, new album Motto its varied themes and moods reflect the experience of performing in 28 countries and 20 months, a journey that became the record’s foundation. ‘Motto’ - the name itself chosen on the 2nd day of the Wild Beasts tour - is a wide and swerving album venturing themes through love (‘Treasury’), loss (‘Loom’), the band's Yorkshire home (‘Tarn’), seasons and lobotomies (‘Frozen Summer’) and much more beyond.

Here Katie talks us through her armoury of guitar pedals and how they were used in the recording of the new album...

When we returned to Seattle to make Motto we spent one week in a big airy studio with a Neve console (London Bridge) for the basic tracks, and then two weeks in John's basement to capture the rest. It felt like the perfect ratio between the 'lightning in a jar' feel of a really good live room and the relaxed intimacy of making noise in a basement. I'm very grateful that Wichita have had the faith in us to put us on a plane to make a record far out of sight. There's nothing more final than a boarding time, and I find the ritual of a trip away very focusing. I always set off with the hope that the spirit of adventure carries over into what we're making. The size and range of gear available in American studios is a marvel for English bands to behold, as so much of the stuff we still use was invented around the middle of the last century, and people don't often ship the larger elderly vintage items (bass amps, electric pianos, drum kits etc) over to the UK unless you're somewhere fancy. It means an afternoon in a thrift shop in the States can be a dangerous pastime. (All of that Macklemore video was filmed in thrift shops in Seattle and I recognised at least two of them.) If I actually lived there I wouldn't have room to sleep in my house for all the stuff like this gem I spotted. Syntheslalom anyone?!

I like taking chances on unfamiliar guitar pedals that look crappy, because I figure that might put other people off and therefore I might find a sound they won't... there are two I used on the record that were $7 and $15 dollars that were essential. And ugly. I don't wanna give away all my tricks but I feel the following things are worth clearing the smoke and being specific about... The genius Matt of Noisemaker FX made me this pedal, to specs that I requested after talking through other fuzzes I'd loved in the past. He pointed out to me that what was in common amongst the others I'd loved before was the material of the transistor (silicon rather than germanium, fuzz fans). This was a real revelation. I'd briefly studied painting restoration and early (pre-synthesised) paints at uni so I was used to thinking about how different materials make different colours when they're ground up. So, to think of different materials colouring the sound of the electric signal passed through them was a big help in demystifying the electronics of the tools I'd been using for so long. Jack Hudson (who also did the artwork for our second record, 'Kaleide') was kind enough to design a label. It's a real ripper of a machine and something we might be able to release in a limited amount one day. The elements of chance and the kindness of strangers are large components of this record. We used Michael from Telekinesis' drums (amongst a bunch of other toys) and one night Erik of The Long Winters (who engineered 'Kaleide') swung by to say hello. He happened to have an honest-to-god Echoplex in the boot of his car that he'd just been gifted from a friend's elderly relative's attic. As soon as he mentioned this we sent him out to get it! As I was touring with Wild Beasts whilst writing a lot of this record, sometimes I'd get home and feel too burnt out to string a song together, but would feel guilty about not being creative with the luxury of spare time. I used one of these in my WB set up, so thanks to them could use it with my eyes closed. I picked one of my own up second-hand so if I got home and wasn't feeling too smart, I'd just make cool noises and trap them in it. Kind of like a mood board, I guess. Sometimes songs sprung from them and its the first time I've used a sampler as a songwriting tool. I learnt to make music with my hands, rather than on a screen, so that's how I feel most fluent. I took it with me in my hand luggage and the TSA agent asked me if I was carrying 'some kind of gameboy'. "Yeah", I said. There's a consumerist/collector/fetishist element to being interested in guitar products that is pretty gross. Some companies still use 'booth babes' at trade shows and catalogues often have bikini babes in. But I can say how much I love these guys without feeling at all icky. This pedal of theirs really puts a human element back into what can be quite a robotic sound - the notes are transposed with a lag you can control to reflect the fact that human doesn't press all the notes of a keyboard at the exact same moment with the same velocity. A smart gizmo that works really well because it demonstrates an understanding of why chords are cool in the first place. They threw in a bag of coffee from a local Akron Ohio shop in the box of pedals to boot, a studio essential gratefully received! I am kind of obsessed with going off-piste and investigating products that aren't necessarily marketed towards me. But they should be. Because this Slayer signature pedal is really great.

Motto is out now on Wichita. Read the DiS album review here. The band release ‘Newsworthy’ as a single on December 9th.

"I predict sex with goats