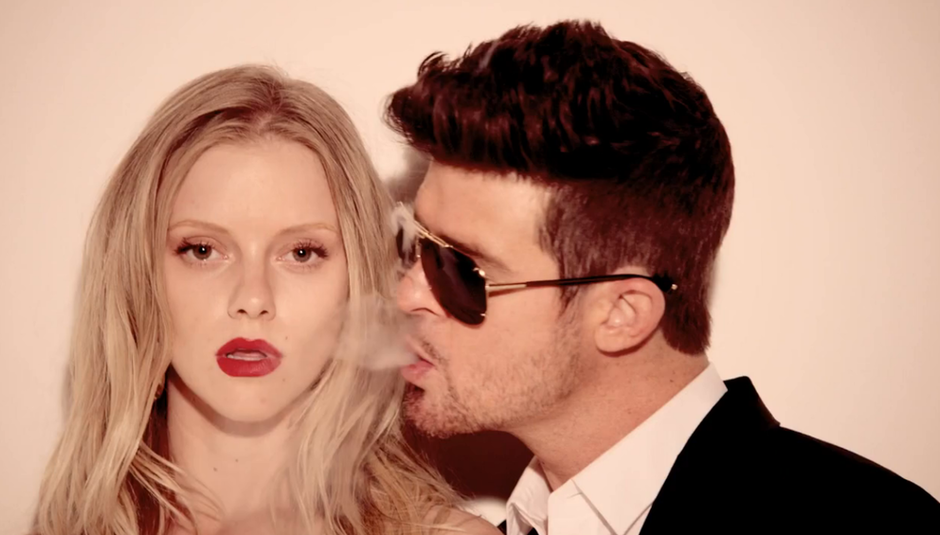 DiS Does Singles: Top 40 Biggest Selling Singles of 2013 So Far

DiS Does Singles: Top 40 Biggest Selling Singles of 2013 So Far

Hello. Here at DiS, we like to think of the Singles column as a window into the glorious realm of arty bollocks. Surrounding this window is a sceptic moat filled with songs that people actually pay for; especially if they feature Jason Derulo, Sean Paul and Pharrell. We know this to be true because last week the Official Chart Company revealed the Top 40 Biggest Selling Singles of 2013 So Far.

“Ha!” we cackled at the list, while bathing in the sound of Neutral Milk Hotel B-sides. “Pity the fool who has to sift through that ocean of unnecessary donks and clunking metaphors for coital relations.”

This was before we received an email from our editor asking if we could review the entire compendium...

The year of 2013 will be remembered for many triumphant musical occurrences: Bowie’s return, a new My Bloody Valentine album and the Daft Punk song that isn’t ‘Lose Yourself To Dance’.

Sadly, these monumental achievements have all been sullied by Jay Z being titanically awful. It started with ‘Suit & Tie’, “Years of distress, tears on the dress. Try to hide her face with some make-up sex”, and steadily descended into an absolute nadir on Drake’s ‘Pound Cake/Paris Morton Music 2’, “Cake, cake-cake, cake-cake, cake.”

A song that’s so indebted to The Police, Sting should sue for copyright infringement.

By all accounts, Emeli Sandé is very nice person.

This was last year’s X Factor winner's single and it raised a shitload of money for charity. These are all the factual statements we know about ‘Impossible’ and we’re really trying to be polite here. So…

36. Jason Derulo - The Other Side (Warner Bros)

Jason Derulo’s last single charted at Number 104 in America and yet he’s had seven Top 5 singles in Blighty. This is our nation’s most shameful achievement since going off on a Middle Eastern jolly in search of WMDs.

Even Nelly is ashamed of ‘Hey Porsche’. His latest Pharrell-produced single ‘Get Like Me’ trades sunny sex pest swagger for a modern R&B drum loop, completely disavowing what made its predecessor a success. In fairness, if you’d sourced your greatest hit since ‘Dilemma’ from the Poundland school of songwriting, you’d be mortified at its popularity too.

The video for ‘Drinking From The Bottle’ features gratuitous close-ups of models twerking, Calvin Harris’ smug face, weed, a bloke dressed as the devil and a link to the new Katy B song when it finishes. Well done music industry. You’ve outdone yourself, once again.

Ahoy there! It’s the tried and trusted record label tactic of taking a pedestrian track, shoving two rent-a-verse rappers on it and hoping it sells enough copies to justify the added expense. In other news, Jessie J’s Alive tanked into the UK Top 40 at Number 3 last weekend.

Rumour has it this wasn’t meant to be a hit. Its success stems back to November last year, when Universal Music boss David Joseph complained Lana Del Rey was the third biggest selling artist of 2012 but only the 107th most played artist on radio. Her songs were too sad and didn’t mention being ‘in the club’ enough to get picked up by Capital FM.

In an effort to broaden the ‘Video Games’ singer’s appeal, Polydor licensed a trashy version of ‘Summertime Sadness’ and sent it out on the sly lest it damage her hipster credibility. Sadly, Radio 1 got behind the will.i.am pastiche and hammered its shrill rush of synth until everyone else did too. What this means for Lana’s next album is anyone’s guess, but a David Guetta collaboration can’t be far off.

We have no scientific proof to back up the statement ‘all people who like Sean Paul are morons’. Thinking about it, have you ever met a fan of his who isn’t a thunderous bellend?

This is David Guetta’s ninth single off Nothing But The Beat. Thriller had seven singles. Rumours had four singles. Sgt. Pepper's Lonely Hearts Club Band had no singles. Why let such comparisons stop you when there’s the final drops of abysmal to be drained from a truly woeful album.

Great song. Genuinely funny video. An oasis of joy in an arid landscape populated by ‘will this do’ pretenders.

Piss off will.i.am. We were in a happy place before you came along.

The only ‘rock’ song in this entire list comes with a ‘dubstep’-infused chorus that Skrillex would be proud of. It is, of course, an unqualified travesty and wouldn’t have been half as successful without its hideous wub-wub action.

Also known as the song with the video where Calvin Harris gets off with Ellie Goulding, even though they’re not going out with each other in real life. Outrageously tedious stuff.

You can always judge the strength of a popstar by the extent to which they’re forced to follow Top 40 trends. Ellie Goulding started life as BBC Sound Of endorsed folk singer, fluked a lucrative John Lewis sync with her ‘Your Song’ cover, and went full-on rave-pop with ‘Burn’. Like a marginally more credible Pixie Lott, you assume she’ll disappear one day and no one will bat an eyelid.

Massive tune. You knew that already, though.

Katy Perry is the modern day Bonnie Tyler with a girl next door twist. She delivers her feelgood mantra in sweeping power chords that wrap their arms around you and say, "Everything is going to be alright."

'Roar' is the latest in a long line of self-help singalongs ('Firework', 'Part Of Me') and it goes down a treat. By the time its chorus kicks in you'll still be saddled with a tonne of earthly woes. Chances are, you'll have completely forgotten what they are and why they were so important in the first place.

21. Avicii vs Nicky Romero - I Could Be The One (Positiva/Virgin)

The worst song on this list, by far. Even worse than the other Avicii song.

"What do you mean we haven't signed a Mumford & Sons yet. I don't care what they look like, where they come from or how many Neil Young albums they own. Just make sure they can strum a fucking banjo."

19. One Direction - One Way Or Another (Teenage Kicks) (Syco Music)

One Direction’s anti-boy band formula is set in stone by now. They don’t dance, they prat around a lot and they stick to a well-worn pop-rock template. All in all, they’re a class act and ‘One Way Or Another (Teenage Kicks)’ is another deliriously upbeat string to their bow.

Ignore the music. ‘Dear Darlin’’s video is all about the debut of AngstyMursFace. More than a showcase of forlorn acting technique, AngstyMursFace is a state of mind. A glimpse into what happens when the cameras start rolling and your director barks, “For Christ’s sake Ollie. All you have to do is pout a bit. Now bloody get on with it.” Watch and soak up its magnificence.

If you’ve heard Unapologetic, you’ll know that ‘Stay’ is the song that precedes ‘Nobody’s Business’; Rihanna’s duet with Chris Brown. It’s one of the most uncomfortable tracklisting sequences in recent pop music memory. Stripped of that context, this weepy ballad about pleading with your lover to stick around is immensely more palatable. Still, we can’t forget the context.

Because the world needs another neo-soul singer like a viral hybrid of SARS, bird flu and ITV2.

Here’s another thing you can blame will.i.am for: Britney’s unholy British accent on ‘Work Bitch’.

13. Taylor Swift - I Knew You Were Trouble (Mercury)

Hey you guys. Bruno Mars is really torn up about his last romance. He’s so upset that he’s hiding his tear-streaked mug in the video for ‘When I Was Your Man’ by wearing a pair of aviators. That or he’s so disinterested in this plodding serenade that he’s boarded up the window to his hollow soul with tinted lenses. You decide.

A bit of anthemic piano-lead hip-pop for you. Macklemore may not have the bite of Tinie Tempah or the ubiquity of 2 Chainz, but he does have better beats. In the end, the beats always win.

Erm. He’s got the second best quiff in pop, after Ellie from La Roux.

Forget Foals, Disclosure and Arctic Monkeys, Rudimental are the commercial frontrunners behind this year’s Mercury Prize. In ‘Waiting All Night’ they have the biggest-selling single out of any of the nominees and they stand behind only Jake Bugg in the album stakes. Will they scoop the gong come 30 October? Of course not, a guitar band will; they’re the lifeblood of British music. Not for much longer if this drum ‘n’ bass bunch have anything to say about it.

In the beginning, there was the word and the word was that Pink’s album campaign should start with a club banger before leading into a ballad. The ballad would be about how Pink’s relationship was on the verge of a break-up… again. It’s underlying tone would be of sadness with a hint of salvation waiting around the corner. On a scale of 1 to 10, it would be a 6.

Those horns. Can't stop listening to the horns. WHY DO THEY INSIST UPON US?!?

The three most damning words in the English language: “Emeli Sandé collaborator.”

About two years ago, DiS was on holiday in Australia and got dragged along to watch Passenger busking.

The now platinum-selling troubadour was performing out of an acoustic guitar case and had managed to draw a crowd of about 20 people. Even though you couldn't begrudge the guy for following his dream, the whole event seemed like one final hurrah before signing on next month at the temping agency.

"Music’s already got Ed Sheeran. Why would it want another inoffensive troubadour?"

In light of 'Let Her Go's overwhelming success, it's safe to say we know nothing about music and/or humanity.

Looking back on 'Get Lucky' from the post-Random Access Memories era, it's still ridiculously brilliant. The only criticism you can throw at it is that it sounds like a Nile Rogers co-write. Tired of ‘Let’s Dance’, ‘Like A Virgin’ and ‘The Reflex’? You are tired of life, friend.

What is there left to say about 'Blurred Lines'? Vice even got there first with the 'in defence of' angle, so let's skip the high-falutin analysis. It's a catchy song, sung by a seedy old married man who knows full well that loads of boobs make for 189 million YouTube views.