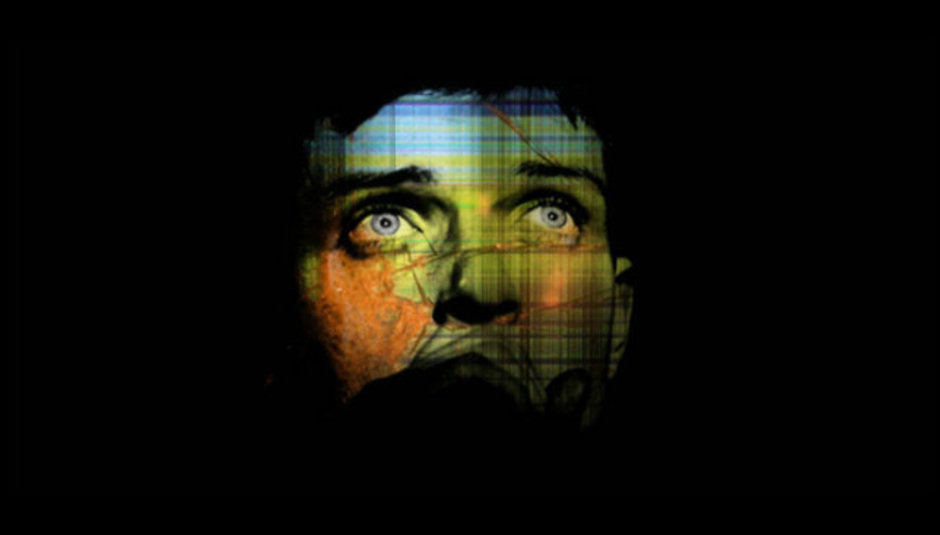 Touching something as treasured as the Joy Division back catalogue is a risky business. The band have arguably one of the most avid fan bases on the planet, showcasing a passion unlike any other. Any interpretation or re-working of their songs will inevitably raise eyebrows. But tonight's re-working is something of a different approach: Live_Transmission ‘Joy Division Reworked’ is an electro-orchestral reinterpretation, performed by the Heritage Orchestra & Scanner.

Founded in 2004, the Heritage Orchestra are hell-bent on banishing those classical stereotypes and produce the kind of shows that celebrate modern music in an inspiring and inventive way. This is an ensemble that have not only written their own music but have managed to effortlessly veer between genres. Collaborating tonight with British artist Robin Rimbaud (Scanner), the pairing branches out into the experimental - twisting technology in unconventional ways to play with classics in a way that's never been done before.

Matthew J Watkins (aka Beat13) is responsible for the visual components of the Live_Transmission show, producing a series components to compliment the Heritage Orchestra's outputs. Having previously worked with Gorillaz, Watkins has more than enough visual experience to really make something of this show. Including paintings, stop motion and interactive animation, he's culminated influences from the Mancunian four-piece whilst maintaining a contemporary approach.

As the lights dim, the crowd are hushed to an anticipated silence. A rumble of synth arpeggios starts proceedings, with a gauze placed in front of the orchestra - acting as a canvas for Watkins' visual artistry. Rectangular shapes in purples, blues and greens appear as the orchestra swells to a reworking of 'Transmission'; the thumping smacks of the snare rippling through our chests as horns and strings accompany electronic outputs. 'Digital' is up next, with Curtis' echoing vocals reverberating throughout the hall - "I feel it closing in" perfectly summing up the orchestra's encompassing performance.

As the focus turns to 'Dead Souls', the visual accompaniment really takes centre stage as a stickman-like figure made up of geometrical shapes mimics Curtis' iconic dance moves. Teamed with the instrumentation of the impeccably tight orchestra, it's hypnotizing to every sense - perfectly capturing the darkened essence of Joy Division. 'Isolation' is a particular highlight, as Curtis' lyrics are presented to us letter by letter, scribbled in his messy handwriting. It may seem obvious, but the execution of his heart-wrenching words along with the prolonged efforts of the musicians only make the lyrics hit home that little bit harder. As they disappear into a TV-static abyss, it's almost as if the fuzz is acting as Curtis' ashes - enveloping the orchestra as they pay homage to his poetry.

The interpretations only get better, with 'Heart & Soul' mirroring the efforts of the orchestra. As there are no silences between songs, it's a bit of a struggle to take everything in at once. This is by no means a bad thing; both visual and audio work in a manner of intricately placed layers and at certain points during the performance, it does get a little too much, as many die-hard fans become emotionally engrossed from the get-go. Each and every aspect manages to conjure up the kind of feelings you had when you first heard 'Unknown Pleasures'; lying on your bed, taking in the morbidly honest executions and realising that you're never going to feel like this ever again.

'Atmosphere' begins with the iconic thumping drums before harmonised female vocals create an almost haunting tribute. As each section adds another depth, the orchestra swells to an abrupt finish, causing awe-inspired gasps from the audience. After the raucous applause, Live Transmission finishes with 'Love Will Tear Us Apart', with a simple yellow-tinted flower visual and the most stripped back reworking of the entire night. It's clear that it's the lyrics that are most profound here, as a slowed down, lower-pitched recording of Curtis is played over the bare-boned composition.

Live Transmission is unlike any other tribute - there are no gimmicks here. Put simply, it highlights the importance and influence of 'the music', as it effortlessly captures the essence of this important band. Reworking the songs allowed the Heritage Orchestra and Scanner to perform something to call their own, whilst still maintaining the magic that these Mancunians produced. An absolute spectacle of a show.