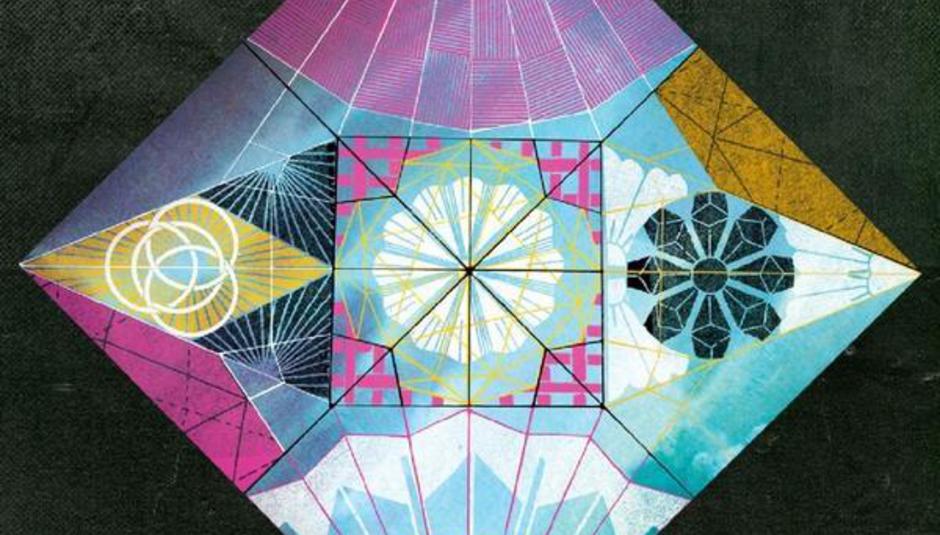 Laura Veirs has had a crazy few years. After releasing Tumble Bee - an album of children's song covers - and Hello I Must Be Going - a delightfully instrumental movie soundtrack, her latest release sees her back to her roots. Writing original songs for the first time in almost 5 years, shedding any sort of manager and becoming a mother not once but two times, Veirs is well and truly in a state of changing pace. “It’s a huge transformation – it’s one of those huge life transformations that you can’t know about until you do it,” Veirs tries to explain her recent motherhood. “People talk about it ahead of time but it’s all-theoretical and once you’re doing it, it’s really different.”

Bringing life into the world will change your routine, your priorities and more often than not, your perspective on life. Veirs has said that this album has made her more aware of life and death itself and whilst this may not have consciously influenced Warp & Weft, writing with your son in your womb will most certainly bring a subconscious amount of this new-found attitude to the table. “The fragility of it all is on my mind,” she reflects. “I’ve brought life into the world and then you have the fear that something could happen to them or to me, so that more existential kind of stuff comes up; bigger questions are definitely circling around on this record. It is a miracle to have a kid – it’s so cliché but it is. It’s just amazing to see this human come out of you – I mean, how is that possible?”

Whilst juggling her new additions to her family, Veirs has managed to craft one of her best records yet. Her ninth release, Warp & Weft is a beautiful mirage of influences, gorgeous storytelling and of course, astounding production from Grammy-nominated husband Tucker. Whilst not an entirely different route since 2009’s July Flame, it’s clear that Veirs opted for a rockier, more electric offering. “The pendulum swings. You do something one way for a while and you get sick of it, so you go back the other way,” she says of her richer, fuller sound. “I just like electric guitar and I haven’t been playing it in the last few years but it’s really fun.” Surprisingly, Veirs is quick to explain that she writes most of her songs on an electric guitar – whether the album itself will take that route or not. “The songs come out differently, which is why I gravitated towards it because after nine records I asked myself ‘Well, how am I going to make this different?’ They’re more anthemic – like for ‘America’, it has a more anthemic feeling and you can get that when you have an electric.”

And different is just the route Veirs wanted to steer towards. Understanding the importance of keeping her fans interested and grabbing the attention of new ears, she finds it just as essential to keep herself guessing. “I think it’s always important for an artist to feel like their work is exciting to them because if it’s not exciting to me, how is it going to be exciting to anyone else? After this many records, it’s a challenge. How do you surprise yourself? How do you stay excited about it? And for me the heart of that is in the song writing and that’s the hard part.” But Veirs didn’t start songwriting on her own accord; instead her older brother showed her a few sample chords on his trusty acoustic and before she knew it, Veirs had well and truly fallen in love with music. “I knew that I definitely wanted to be a musician,” she remembers. “I also had a boyfriend at the time who was like ‘No one makes money at music’ so I was like “Oh really? Well, let me show you about that”. It was interesting to have him say that because it made me think well, ‘I’ll show you’, y’know?”

Unsupportive boyfriends aside, Veirs has truly come into her own in her 15-year career. Signing to Bella Union, Simon Raymonde gave her her first big break in Europe before she finally started getting noticed in her native country. “There is a kind of fascination with the American West - it seems to me – [in Europe]. For us, it’s like commonplace so I had to work harder to climb out of the fray here and make myself noticed because people are like ‘Whatever, chick singer-songwriter I don’t care’ y’know? But over there, there’s more of an openness and American artists are more interesting because we’re ‘other’.”

Brought up by her father, the physicist and her mother, the artist and weaver, as a child Veirs was taken on regular camping trips to the mountainous areas of Colorado. Surrounded by such nature and with her teacher Dad quick to explain each and every constellation, it’s no wonder that her lyrics have taken on a form of poetic imagery – with natural aspects often taking centre stage. “I do feel that my music is a mix of [art and science]. I feel grateful for my upbringing,” she recalls. “My parents were very relaxed and never put pressure on me and then I turned into a musician – I don’t think they would have ever expected that.” Becoming a mother herself has made Veirs wary of her parenting skills when it comes to musical influence upon her two boys. She points out, “It’s a fine line - I feel like sometimes parents are such tiger moms about music and that can really squelch a child’s natural curiosity about music. I’m trying to figure that one out myself as a parent. How do I raise a child to enjoy it and feel creatively free?”

Mother, artist and manager, Veirs shows no signs of slowing down. She’s aware of what’s expected of an artist these days and is adamant on fulfilling the desires of her fans. “People want content. It’s crazy – they want the back-story and the lyrics printed out and the videos and get some extra songs here and there and the B-sides. It’s kind of weird how much is required of an artist these days.” In 2007, she set out a competition for filmmakers to create music videos for Saltbreakers, with a wide range of outputs and offerings. Always willing to include her fans in all that she does, Veirs decided to create two videos for recent single ‘Sun Song’. “You’ve got to get their attention,” she insists. “We did a making-of video just to show people like ‘this is our art form, it’s not just something you get for free because you found it on your computer somehow. It is our passion and very much our concentrated art form that takes years to pull off and so much work and so much dedication and so many great musicians and lots of logistics and planning and people and studios and costs – it kind of puts it into context… it’s not just something that pops up on your iPod.”

With Warp & Weft proving one her most popular albums to date, it looks like Veirs will forever have the dedication of her fans along with the attention and new intrigue of new listeners. After years of ups-and-downs in an always-uncertain industry, it’s refreshing to see such an artist relish her skill and believe in her outputs. So, she must have something incredible lined up for album number 10? I haven’t totally pondered my next move but I would love to do a collaborative album with another artist or two,” she ponders. “I think that that would be really fun just to switch it up because after so many records you want to change and keep it exciting and at this stage, that’s what I’m excited about – finding someone else to do some collaborative writing with and make the kind of record that lifts both of us up and shows both of our talents.”

“I do see myself as a life-long creative person whether it’s music or not,” she concludes. “I do see this as part of my path and my spiritual quest that has just become part of me now after 15 years.” Whatever she chooses to do, there’s no doubt that Veirs will continue to produce the kind of songs that we want to hear; the kind of songs that will comfort a weary head and continue to add to Bella Union’s ever-expanding bow.

Warp and Weft is out now via Bella Union.

"This record is about a personal crisis"