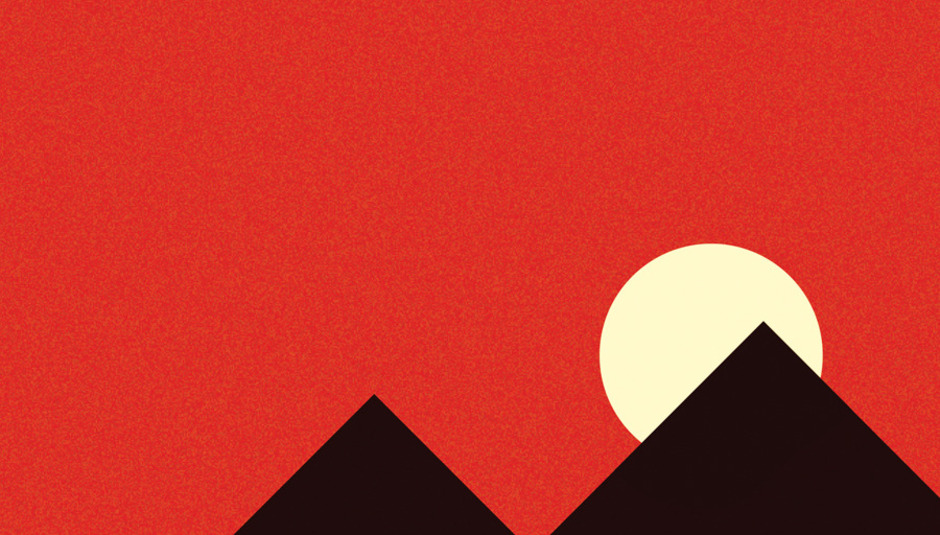 Ahead of this weekend's Festival No.6 in Portmeirion, North Wales, Russell Warfield meets the founder and some of the artists from Welsh-language label Recordiau Lliwgar.

I’m by no means a Welsh speaker. I can just about garble out my name, where I live, and what I do. I can tell you that rydw i’n hoffi coffi. And, of course, I can tell you whose coat that jacket belongs to, hanging up on the floor. But it wasn’t until a rare attempt at self-improvement earlier this year, when I tried to actually learn Welsh quasi-properly, that I encountered Welsh-language label Recordiau Lliwgar, and began to consider how much contemporary Welsh-language music has to offer – not just to native speakers, but to non-Welsh speaking audiences within the UK, and right around the globe.

“The main objective was to give a platform for Welsh bands who weren’t being represented”, explains Meic, one of the three founders of the label, putting out vinyl-only compilations of contemporary Welsh-language music. “I worked on Huw Stephens’ radio show and obviously, lots of music gets sent [to us], but a lot of it just slips through the net – really underground bands who just record one or two songs, and you never hear from them again. I thought: ‘someone needs to release this stuff!’” The result was Recordiau Lliwgar – a label which helps Welsh-language to music find new, wider audiences.

It’s not a brand new thing for Welsh-language music to find a niche in the general alternative UK music scene. The Super Furry Animals even broke the top ten albums chart with their solely Welsh Mwng. But, with labels like Recordiau Lliwgar sprouting up, blogs like Juxtapozed dedicated to Welsh-language music, and the continued success of Huw Stephens’ radio show and Swn festival, it feels like we’re on a particularly upward curve for the scene - with these records selling as widely as Germany, France, the USA and Japan.

Gareth Bonello, who performs under the name of The Gentle Good, has been lucky enough to experience this first hand. “The further afield I go, the more interested the audience seems to get, because the sound of the language and the music is that much rarer”, he tells me. “I recently went to China, and it was a real pleasure to get the chance to introduce the language and music to people who had never heard it before. That made me very proud, and made me realise how important the language is to me”.

“I think people outside of Wales find it interesting, as with any other language in the world”, Meic reflects. “You might listen to French music, or African music, or Cuban music and just appreciate it for what it is. And that’s one of the things we’re trying to do – expose Welsh music to a global audience”. And as Teleri Glyn Jones – founder of Juxtapozed – astutely points out: “people loved Sigur Ros, and they had no idea what they were saying”

The result is a scene which empowers Welsh artists to perform in their own language, comfortable that it won’t unduly alienate them to non-Welsh speaking audiences, and that there are a growing range of channels through which they can reach new listeners. H. Hawkline, who appears on Y Record Las, even felt inspired to contribute his first ever Welsh-language material to the compilation, demonstrating the health of the scene, and its ability to be a catalyst to fresh creation.

“I had a few half written Welsh songs, when Meic asked me to take part”, he tells me. “It just gave me the impetus to finish them. The experience was no different to writing in English: it's just finding words that fit a melody. The process just made me wonder why I hadn't done it much sooner”. And the fact that the Welsh-language music scene is in a position to liberate performers artistically, encouraging songwriters to express themselves in new ways, is undoubtedly something to be celebrated.

Indeed, one of the first things to strike you when you listen to these compilations is the freshness and diversity of sound on offer. Ranging from bread and butter guitar music to hyper-contemporary dubstep, the songs explode preconceptions about the restrictions of Welsh-language music.

“With the Ifan Dafydd stuff, there hasn’t been anything like it before in Welsh”, agrees Meic, “and with the reaction the songs have had, hopefully it’ll inspire young people in Wales to make that sort of music, and not be afraid of language barriers”, echoing the apparent freedom felt by contributors like H. Hawkline, and the riches discovered by Gareth Bonello, taking the tongue to audiences across the world.

Recordiau Lliwgar helps us to see that contemporary Welsh-language music is far freer and more ambitious than the rigid stereotypes non-speakers might be tempted to attach to the scene. Far from existing within the narrow parameters of tired Celtic folk, we see that Welsh music can bridge the gap between ancient heritage and present-day trends; bringing the language into contact with other sounds from around the globe (check out how effortlessly Cowbois Rhos Botwnnog straddle Welsh and American tradition), and opening up new musical experiences for both performers and listeners. As H. Hawkline says, “rather than Welsh being a restrictive language, it’s actually an opportunity to say things that had never been said before” – and, ultimately, anything which helps us preserve a marginalised tradition, as well as helping to diversify popular culture, is more than welcome within today’s UK music scene.

To hear more information about the label and their releases, visit www.recordiaulliwgar.com

The Clough Stage at this weekend's Festival No.6 will showcase some of the best Welsh language acts around, including Cowbois Rhos Botwnnog, Geraint Jarman and Y Pen Cadlys.

Los Campesinos! Do Singles: 'What Dea...