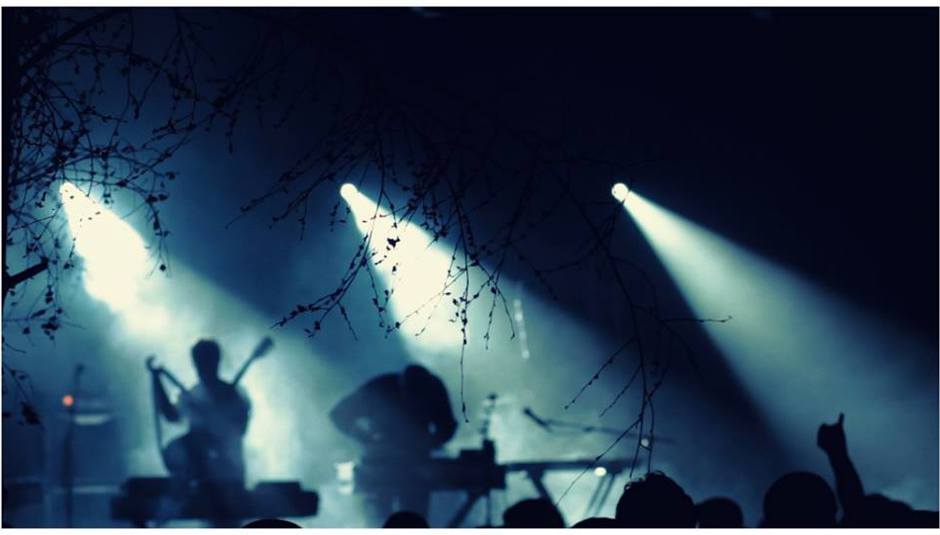 Remember that feeling last year during the Olympic opening ceremony? As those interlocking rings ignited the country seemed to take a deep breath and steadied itself like a child riding without stabilisers for the first time. Our familiar friend ‘cynicism’ pissed off for a fortnight and Britain experienced a palette-cleansing dose of success and harmony, something to legitimately take pride in. So whilst we’re on a positivity tip, how good are British festivals? Each Summer springs forth with celebrations of music, food, arts and culture taking place in pretty much every other field. And now, nestled amongst the cavernous Grade II listed warehouses of Liverpool’s rejuvenated Baltic Triangle area (home to architects, recording studios, coffee shops, independent bakeries, pop-up drinking holes etc etc urban regeneration fans) there’s Summercamp Festival. A whole bank holiday weekend of positive stuff going on at the Baltic Triangle’s showpiece venue, Camp and Furnace.

If you’re not familiar with the place then just imagine an Enid Blyton style enchanted forest uprooted and implanted into 2,500 square meters of industrial exhibition space. It’s got this mild hallucinatory vibe where you’re essentially in what appears to be an aircraft hangar except there’s hundreds of Penguin books stacked on shelves to your left, glitterballs spinning above you, over by the trees there’s some sort of neon-lit caravan, and then you tilt your head and there’s a moose-head gazing out imperiously from the menu-board of some hastily knocked together craft-beer stall. If it was empty you could wander round quite happily. But there’s a festival on so there’s bands and DJ’s and the like. Huzzah!

A distinctly family-friendly atmosphere in the afternoon sunshine and my friends and I consider how many boys aged seven-ten have already reached a lifetime peak in terms of hairstyle. There’s plenty of arts and crafts to occupy the little folks over by the ‘Camp’ stage, whilst getting stoked-up over on the main ‘Furnace’ stage is the incendiary (should probably drop this fire analogy now) Fair Ohs whose frenetic, artful punk is only slightly compromised by all the toddlers in home-made paper-hats running around.

The Bright Eyed Bushy Tail award for chirpiness goes to We Were Evergreen, a Parisian trio who could out-cute Amelie with their collection of ukuleles, toy pianos, glockenspiels and all round exuberance. Whilst that might sound unbearably twee (and as a past student of Sheffield University I know a thing or two about cupcake-wielding boy-girl bands who play with knitted drumsticks and describe themselves as ‘shouty odd-sock pop’ shudder) they’re highly accomplished and make elegiac ‘Michigan’-esque pop. No gimmicks. Phew.

The Staves prove to be an unexpected highlight for many, with retweets pouring through like a digital ticker-tape parade throughout their set. It’s the sort of no-nonsense Crosby, Stills and Nash country-tinged AOR balladeering that could legitimately make them dollar millionaires by the end of the year if a major label decides they’re the next Mumford And Sons. Its all too earnest for me so I’m relieved when Mount Kimbie take to the stage over in ‘Furnace.’ Last time I saw these guys was about three years ago on a Friday night in a Sheffield bar where you had to strain to hear anything at all, so hearing the opening bars of ‘Before I Move Off’ consume the warehouse like a depth-charge was nothing short of an adrenaline rush. They are superb, crafting an immersive hour-long set consisting of most of the material from their two albums to date. I have to flit between them and the ‘Camp’ stage to catch a few songs from Martha Wainwright, who you all know by now is an absolute delight. I was holding out for the euphemistically-titled ‘BMFA’, but unfortunately her set is cut short due to illness and she has to leave the stage, leaving everyone shuffling off disheartened and thoroughly un-sweared at.

Joy Formidable were up next, creating an oceanic wash of distortion to kick off their set with songs mostly drawn from new album ‘Wolf’s Law.’ Not convinced warehouse acoustics are on their side in terms of distinguishing elements from each-other, but they make up for it with unparalleled levels of sheer energy-output. From outside drifted the smell of woodfired pizza combined with Chicago house beats and 90s floorfillers from DJ Jazzy Jade. Now I’d probably miss the birth of my own child if Bobby Brown was playing in the next room so this suited me just fine until the arrival of Two Bears. If the sound of Joe Goddard giving it the big grime MC ‘I feel you Liverpool, let’s make some noise yeh?’ doesn’t raise a grin then frankly, you’re no pal of mine. Their set is like a grazing menu of Hot Chip influences where robust RnB hooks melt into classic four-to-the-floor loft party grooves. Superb.

Day Two. Still warm. I caught Wave Machines first, a Liverpool band who’ve amassed a solid amount of critical acclaim following their second album ‘Pollen.’ They give a polished performance filled with taut electronics, fizzing guitar lines and a highly-developed sense of tension and release. If there was still such a thing as the ‘household name indie band’ there’d be up there for real. Ed Harcourt was next and, whilst I’m aware of the editorial hammer looming above me here (DiS’ founder manages him), he was in supreme form. Flitting between the baroque and the intimate he channelled both an operatic gravitas and a charming personability in the sort of captivating performance that’s earned him so many plaudits over the years.

Then there were Dutch Uncles, whose lead singer presumably grew up in a household where the ‘Once In A Lifetime’ video was played on a loop, such is his devotion to onstage elasticity. That aside their music is tremendous and songs like ‘Fester’ and ‘Flexxin’ find their perfect home amongst the quirky ephemera of the ‘Furnace’ stage. Ghostpoet had the tricky task of following them and played a confident set of finely-honed electronic R&B that must’ve wooed a bunch of new fans amongst the appreciated crowd.

If you’re anything like me you’ll hear the name Delphic and have to perform a quick mental scan back to 2010 when they released ‘Acolyte’ and certain pockets of the UK music press set their phasers to ‘superstardom.’ Though that didn’t quite happen the songs from their debut are warmly appreciated by the gathering masses, whilst I slipped off to enjoy some quality time with an Indian food-box. The night was topped off with a Optimo / Ewan Pearson double-header in the two main rooms, ensuring that rarefied feeling of being drunk at 2am on a Monday morning (guilt-free!) was as joyous as it deserved to be.

See you next year, Summercamp.