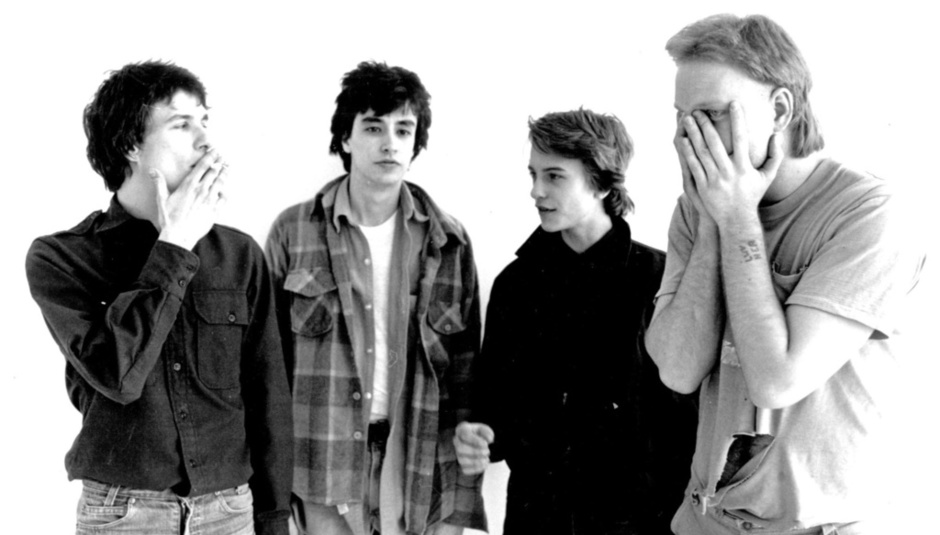 We've all made the same inebriated claim before.

"If my favourite band reform I will...”

2) Travel across the globe in cattle class.

4) Be there when they step on stage for the first time since forever.

On 12th June, The Replacements announced their first show for 22 years headlining the Sunday night of Riot Fest in Toronto, Canada. One week later, I was explaining who Paul Westerberg was to anyone who'd listen and that flying 3,570 miles to see his band was definitely a good idea.

I mean, it's not like they're rock 'n' roll's most celebrated fuck ups of all-time. A four-piece who'd turn up annihilated to their early gigs before baiting the crowd with DeFranco Family covers. That was then, this was 2013. Now they'd be older... wiser... sober?

It's a testament to this feckless legacy that there are more Replacements missing from their Riot Fest show than those who attend. Westerberg and founding bassist Tommy Stinson are present and correct. The rest of the 'Mats are either dead, refused to take part in the reformation or in permanent care. You wouldn't wish the same fate on your worst enemies, or Nickelback.

Just as The Replacements succumbed to an endless swell of acrimony in 1991, so they've been reunited by bitter circumstance. Former guitarist Bob 'Slim' Dunlap suffered a cataclysmic stroke in February last year. To help fund his ongoing treatment, Westerberg and Stinson bunkered down in a studio together and emerged with a charity EP, Songs For Slim.

It was better than it had any right to be. Traversing rockabilly and swing with a boundless verve that left you wondering what might come next. The Replacements were closer to hitting the road together than they'd been in two decades. Could they break the habit of a lifetime and not spurn the feelgood opportunity that destiny had afforded them? Just about.

Westerberg's previously staunch opposition to a reunion did waver and a string of three shows were booked. Instead of plumping for a low key hometown return in Minneapolis, his band were signed up to top the Riot Fest bill in Toronto, Chicago and Denver. There would be no warm-up outings beforehand and no extended tour planned afterwards. This was it, and I was severely concerned that ‘it’ could go disastrously wrong.

Ignoring their fearsome proficiency for alcohol consumption and inherent appetite for self-sabotage, The Replacements still bleed like a bar rock band. One that flipped Americana’s culture of bravado and escapism on its head by alienating themselves from anything that resembled a heartland value. They were unsatisfied with failure and inherently suspicious of success i.e. purpose built for disillusioned teens with guitar-shaped dreams.

Looking round Riot Fest, most of its assorted juvenile delinquents were sporting beer bellies and bald patches. The rest of them would have discovered Let It Be in solitude, through a second hand copy of Our Band Could Be Your Life, the soundtrack to Adventureland or another cult artifact. The Replacements would have been their band, and now Westerberg and the rest were required to string together thousands of these intimate connections into an occasion of communal grandeur.

As it turned out, the answer to this existential dilemma was hardcore punk.

Westerberg, Stinson and their hired cohorts Josh Freese and David Minehan bundled on stage and leapt straight into ‘Takin’ A Ride’. Not ‘Bastards Of Young’. Not ‘Here Comes A Regular’, but the first song from their debut album when they were still hanging off the coattails of Hüsker Dü.

“Sorry it took us so long,” apologised Westerberg. “For twenty five years we had a wardrobe debate… unresolved."

For half an hour on a giant open air stage, in front an audience that swamped Toronto’s Fort York, The Replacements relived their toilet hole touring days from 1984. All bets were off and the twin waves of initial bemusement, then relief that rolled across the crowd were palpable. Everything was going to be okay. It might even be great.

"If you liked that we've got one that sounds exactly fuckin' like it!" quipped Westerberg after ‘Favorite Thing’.

Insincerity can be a complete buzzkill in the case of reunion shows but, to The Replacements, it’s an alien emotion. They failed to suffer a network TV appearance without referencing Class A narcotics, so the thought of firing off a ream should-have-been hits for 75 minutes must have been utterly unpalatable. Even when they do rocket into the unmistakable jangle of ‘I Will Dare’, Westerberg spends a large proportion of the song fumbling over its lyrics.

I was barely out of the womb when this shambolic bunch called it quits but, if the past two decades have gifted them a veneer of professionalism, it cracked the moment they invested in a lighting rig shaped like a middle-fingered riposte.

In between covers of Chuck Berry, Sham 69 and the Broadway standard ‘Everything’s Coming Up Roses’, the classics are dropped. ‘Alex Chilton’ booms forth with life-affirming vigour causing the chap stood next to me to declare, “Every verse, chorus and bridge are better than most songs any band will ever write.” He’s not wrong, although the same can be said for ‘Left Of The Dial’ and ‘Swingin’ Party’: a “special request from our friend Slim back home.” This, alongside a scrappy six-stringed rendition of ‘Androgynous’, formed the most heartfelt moments of a set that favoured self-deprecating humour over emotional grandstanding.

Just as on record The Replacements couldn’t write ‘Answering Machine’ without blunting its heart on sleeve sentiment via ‘Gary’s Got A Boner’, Westerberg can’t resist stepping out for the show’s encore wearing a Montreal Canadiens hockey jersey; notorious rivals to the Toronto Maple Leafs. What should have been a triumphant moment is drowned out by a playful chorus of boos and the evening concludes on the provocative, powerhouse strains of ‘I. O. U.’, “You see I want it in writing, I owe you nothing.”

Westerberg wasn’t always in tune, his band’s stage show was non-existent and, if you’d have wished for a ‘perfect’ setlist, they’d have skipped over at least half the tracks involved. On Sunday night, The Replacements picked up from right where they tailspun off all those years ago.

If that’s not worth crossing the Atlantic to witness, I don’t know what is.