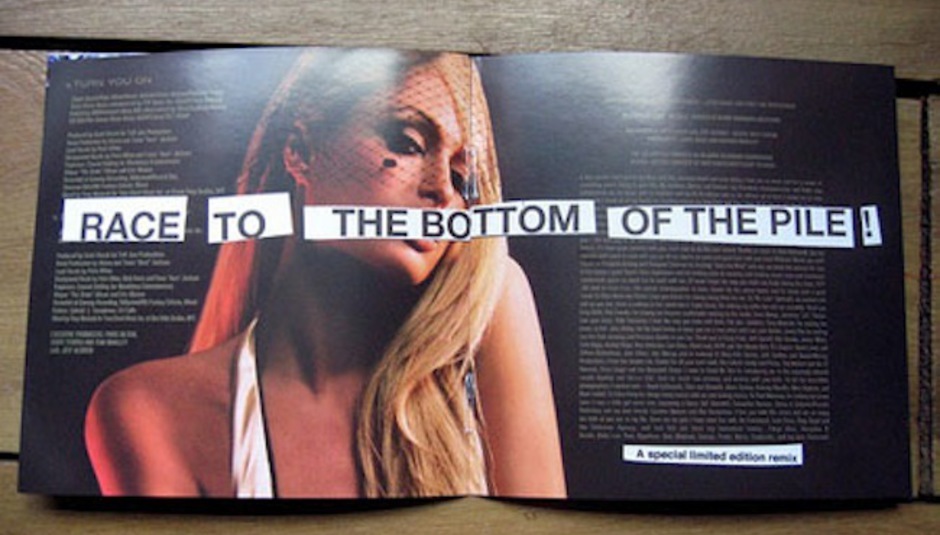 Last week, Music Ally published a relatively small but nonetheless notable story: Daft Punk had surpassed 100m streams on Spotify - quite a milestone for both the band and the streaming music service.

The following day, the same story about Daft Punk appeared on the Music Week website. What was notable, however, was that Music Week had failed to credit Music Ally in any way. To all intents and purposes, it looked like news Music Week had generated themselves. The day after, the same thing happened on NME.com. Music Ally got in touch with both sites and pointed out that they had originated this story (that is to say, they hadn’t received a press release along with many others and run their version of this news - they’d happened to notice the stream count and turned it into a news post). Both sites ultimately amended their articles to give due credit.

In that instance, the issue was resolved perfectly amicably. However both episodes are fine examples of an ever-growing problem, namely the lack of attribution in online content creation. Ask any credible website of note and I’m sure they’ll give you at least one example. Drowned In Sound famously saw most of their interview with Paul McCartney reprinted by the Daily Mail with no credit given. Buzzfeed routinely run stories driven from Reddit - as do so many other websites that it would be entirely fair to describe Reddit as the primordial ooze from which 90% of viral content flows. Every day, photos, jokes and more are shared on social networks, with the creator of that content blissfully unaware.

It's quite simple: content creators of all types are getting short-changed on a daily basis by others stealing their work and re-running it without attributing anything back to them. The net result is that certain sites build huge audience numbers whilst those that created the content driving the views get precisely zero by way of financial recompense.

So what can be done about this? John Battelle has written many times about this problem - always with great insight and wisdom. His basic premise was that content should be delivered in a manner that is attributable - that is, it could be used elsewhere whilst retaining the credit back to the originator.

How could this work? One thought I had was that any sites drawing ad revenue should share their income with the content creator. Consider Amazon affiliate links. If I (as an Amazon Affiliate member) rave about a product on my website and post a link to purchase it, I stand to make upwards of 5% of the price of that product if you click through and purchase - no small amount if the item in question was a TV or laptop, for example. Could the same concept apply to content creation? What would Drowned In Sound have made if they’d have taken X% of the ad revenue generated by the Daily Mail’s piece on McCartney?

Ironically YouTube - a site often at the centre of grumbles around income - is probably one of the finest examples of monetising created content. If I created a video that went viral I would - assuming I’d enabled monetisation - stand to gain from every site embedding that piece of content. Wherever it runs, that clip has my name against it, and so not only is there a financial gain, but a reputational one as well.

This shouldn’t end at multimedia content though. Why can’t the same concepts apply to articles, interviews or influencer coverage that generates a tidal wave of virality? More needs to be done to ensure that attribution back to the original content creator isn’t just a polite gesture but a requirement by law - a sad thing in many respects, in that it feels like that is the only way to ensure people’s works remain credited.

One thought I wonder is whether the ad networks themselves could do more on this front to assist. Let’s consider the DiS/Daily Mail issue again, but in simple terms for now and pretend that they shared the same advertising network. Could that network recognise that DiS had originated the content the Daily Mail was drawing upon and allocate revenues back to them accordingly? At first blush it seems far-fetched, but if I release a song and then someone steals a large proportion of it a releases a new song containing my work, I’m within my rights to take action.

Let’s be clear though: this isn’t just about the likes of DiS. It extends as a problem into the social networks and services we all use on a daily basis. Facebook, Twitter, Pinterest and others all thrive on the content that flows through them. However in every instance, the content creators see little payback for their efforts. The lifeblood of the web sees precious little, whilst the frameworks around delivering that content see a lot. How much is shared back? Zero.

I find it ironic that at a time when everyone is obsessed with music discovery and other such “on trend” problems that don’t really need solving, some of the greatest problems threatening the open web continue unaddressed. Attribution for content creators remains one of the largest and most-threatening problems, because without it we will see the well of originality - the very thing that makes the web so brilliant - dry up. Don’t get me wrong: this is not an easy issue to resolve at all. Fixing this may well affect the entire content consumption model of the internet. But fix it we must, because otherwise we’re left with nothing but banality as the best and most original minds all move on.

Darren Hemmings is a music marketing expert. He's the founder of Motive Unknown a digital marketing agency working with alt-J, Moby, Drenge, Houndstooth & more. He also curates the Daily Digest music/tech mailout, which is free and well worth signing up for over at motiveunknown.com.

“I Have No Idea Where The Fuck It Cam...