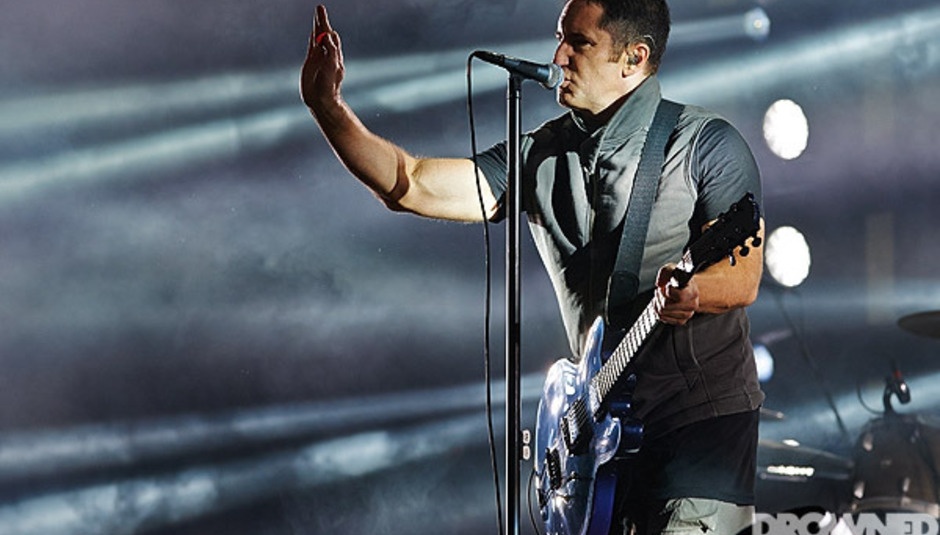 Author's note: This is the second part of a multi-part series exploring the various aspects of Nine Inch Nails. For 'Sex and Violence', an exploration of the guitar-heavy side of NIN, click here.

I've never been a fan of the 'synthy' side of Nine Inch Nails. At least, that's what I thought.

As mentioned in the first part of this series, it may have been Broken that turned me into an avid fan of NIN, but it wasn't my first experience of the band. I'd previously gone out and bought Pretty Hate Machine. Knowing only that Nine Inch Nails had supported Guns N Roses and had a cool name, I expected rock music at least. Instead, the electronic-heavy production left a 14-year-old metaller underwhelmed and confused.

As a result, I always veered towards the chainsaw guitars or piano tracks before the keyboard-led songs - until I started writing these articles and putting together the playlists that accompany them. It didn't take too long to realise that some of my favourite songs - the ones that I'd previously assumed fit neatly into the industrial-rock box - actually owed more to synth-pop than I had previously believed.

I'm talking about tracks like 'Closer', 'Eraser' and 'Reptile': three of the most visceral cuts on The Downward Spiral, the twisted motifs of which curl around inside you and shift uncomfortably deep in your belly. Or 'Only', from With Teeth, an intimate insight into Reznor's head - which in itself is somewhat odd, seeing as how much of his output often involves him bemoaning the existence of a self-loathing projected 'self'. Or the peaks and troughs of The Fragile's 'Into The Void', with its epic crescendo and tortured refrain of 'Tried to save myself/But myself keeps slipping away'.

From there, I gave previously-dismissed songs a new hearing, whether it was the clinical spareness of Pretty Hate machine, the latter half of concept album Year Zero. Even new track 'Came Back Haunted' , which clearly harks back to the very beginning of NIN's existence, took on new layers that hadn't penetrated my frenzied excitement at its release (second preview track 'Copy of A' seems to be ploughing the same furrow, which is no bad thing).

Even after nearly two decades of Nine Inch Nails rattling around my head, of knowing every note and chord and pause in each album, Reznor can still surprise me. I can still find new things in his music, new aural experiences, and new surprises. You know what? I fucking love it.