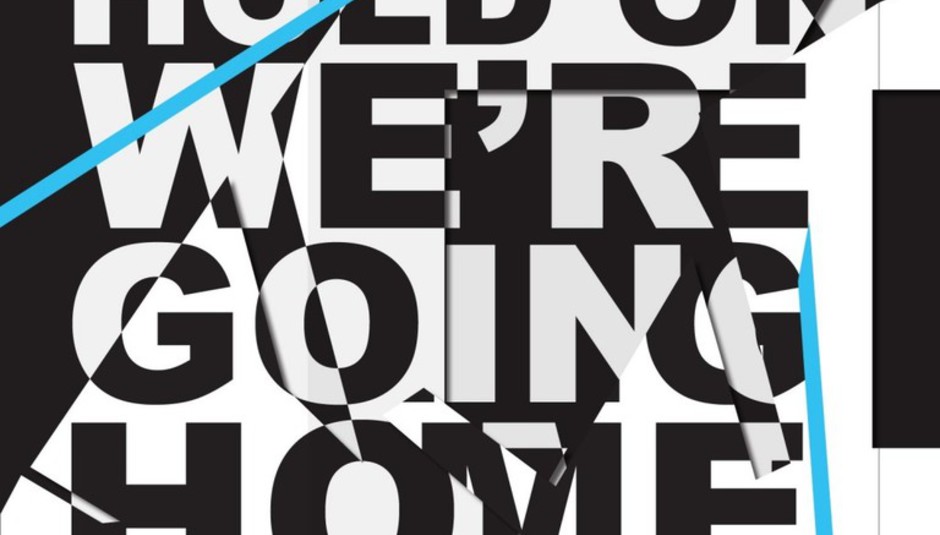 Hello and welcome to a bumper edition of DiS Does Singles. When Chvrches are ranked fifth in the week's pecking order, you know it's been a bountiful seven days for new releases.

Alongside indie mainstays like Arctic Monkeys and Washed Out, we've also got the latest cut of bombastic Katy Perry pop. Plus, a new-old Daughter track that's still a cracker.

Who's bagged Single of the Week? That title belongs to a Canadian who was proud to boast of his "long dick" on A$AP Rocky's 'Fuckin' Problems', but now wants to settle down and write love songs instead. Thanks Drake; you don't get to write that sort of sentence about Jahmene Douglas. Despite being a Grammy-winning megastar in the US, Drake is still waiting on his first UK chart hit. Even nabbing Rihanna to sing ‘Take Care’s chorus could only muster the former Nickelodeon actor a Number 9 single. That’s a better result than Lil’ Wayne and Rick Ross have ever achieved, even Kanye hasn’t topped it since ‘Love Lockdown’, yet you’d assume Drizzy’s crossover moment is just around the corner.

Part of the self-declared soap-opera rapper’s appeal lies in his ability to embody the hip-hop archetype in one song and disavow it in his next. In the lead up to his third album, Nothing Was The Same, Drake has flitted from unashamed self-aggrandisement (‘Started From The Bottom’) to lovelorn uncertainty (‘The Motion’) without ever hinting he’ll step out of this multiple personality schism.

The longer he keeps the act up for, the more his heartfelt moments ring hollow. It’s tough to muster much sympathy for someone who recently brayed, “I think I done fucked too many women from the 305.”

Something has to give, if only for a while.

Enter ‘Hold On, We’re Going Home’, Drake’s first wholly-sung single of brooding, lighters-up R&B. It’s a bold play for mainstream acceptance from a rapper whose voice isn’t well-furnished enough to capture the high notes of Frank Ocean or Miguel. Witnessing the ‘HYFR (Hell Ya Fucking Right)’ auteur at his most vulnerable is a disarming experience, enough to make you think twice before dismissing its delicate sentiment out of hand.

"I want your hot love and emotion, endlessly," he croons over soft-set synths and a crackling drum beat. This unshowy production is the track’s ace-in-the-hole, conjuring up an intimate setting where you’d want to hear someone whisper “I love you” instead of declaring it in impossibly grandiose terms. You can almost imagine Drake performing the track live as a one-man Westlife, sat in a suit on a stool for three minutes before standing up and striking a power pose for its finale.

‘Hold On, We’re Going Home’ may prove too understated for Top 40 success, but that’s no bad thing for Drake. After acting up as a heavyweight champion for so long, it’s a pleasure to behold him as the underdog.

Arctic Monkeys - Why’d You Only Call Me When You’re High? (Domino Records)

The way them Arctic Monkeys bang on about banging on, you’d think they only discovered sex after Josh Homme sat them down for an informative chat during Humbug’s recording sessions. Following on from last month’s triumphant Glastonbury headline slot and the throbbing swagger of ‘Do I Wanna Know?’, ‘Why’d You Only Call Me When You’re High?’ is a groove-laden ode to getting your rocks off during the witching hour... or at least attempting to.

Sadly in the video for his band’s latest single, Alex Turner is too far gone to seduce a potential beau by text message. As his pupils oscillate like a Newton’s cradle in gale force winds, he stumbles across an inner city landscape visualising all sorts of naughtiness from its residents. Its ending is worth watching if only for the sight of the modern day Elvis impersonator adjusting his leather jacket and quiff in a suitably dishevelled manner.

After the hit and miss Teenage Dream, Katy Perry has torched her blue wig, put away the boob-mounted foam cannons and invested in the kind of tiger-print jacket that Dalston urbanites have been sporting since before time itself. Oh, and she’s also bought a colossal gold truck too.

With such a huge wad of marketing cash behind ‘Roar’, it couldn’t possibly be a dud or much of a change from the KP norm. Uplifting power-pop is still very much the ‘Waking Up In Vegas’ hitmaker’s calling card, so she whoops and hollers away while stadium-sized power chords surround her. There’s even an “Oh oh oh oh oh oh” refrain to ensure her O2 Arena show attendees head home with fireworks in their eyes once again.

Washed Out - Don’t Give Up (Weird World Records)

A genius bit of Washed Out for your approval.

As per the usual re-release rigamarole, Lauren Mayberry and co have been lavished with a decadent photo-visual budget in recompense for having to promote a song that first went on sale less than a year ago. The result is a three minute promo clip starring a sad looking woman, who decides to have a cry and then explode in a surge of After Effects wizardry.

Watching these dramatic events unfold is is a slightly more pleasurable experience than with the ‘Gun’ video, but only because that was near-on unwatchable. Still, the song is sublime and that’s almost all that matters.

Also clambering on board the re-release train are Daughter with ‘Youth’, a track that you might have heard back in 2011 via the Wild Youth EP. Back then it wasn’t playlisted by Radio 1. This time it has been, so all’s well that ends well.

If you haven’t yet been introduced to Elena Tonra’s tender brand of shimmering folk, then now is the time to get on with it. While we’re on the subject of magnificent things Daughter have done, this Daft Punk cover is still a beast of sorrowful brilliance too.

Ever wondered what kind of music you’d make if you lived on a caravan park in Cornwall with your sister? Well, wonder no more because Hockeysmith are the shoegaze-glazed offspring of this unusual environment.

Their debut single is called ‘Let’s Bang’ and its a lot more ethereal than that title implies. Sweeping piano and sweet, shimmering guitar chords loop across a spectral field that wraps itself around you like scented fumes in a sauna. Imagine Low have inter-pollinated with The Radio Dept and you’ll be able to envision how much a treat this is.

There can only be one reason why ‘Ratchet’ was released: tradition. Bloc Party have put out a one-off single every album campaign, so they must have felt obliged to do the same for Four.

Shame. ‘One More Chance’ was bad enough and it didn’t feature the ever-eloquent Kele Okereke declaring, “And tell your bitch to get off my shit.” With its nauseating rumble of shrill guitar and gutteral bass, this taster track from the Nextwave Sessions EP marks the lowest ebb of Bloc Party’s discography. One we’d all have been spared if it had been written off as a studio experiment gone tragically wrong.