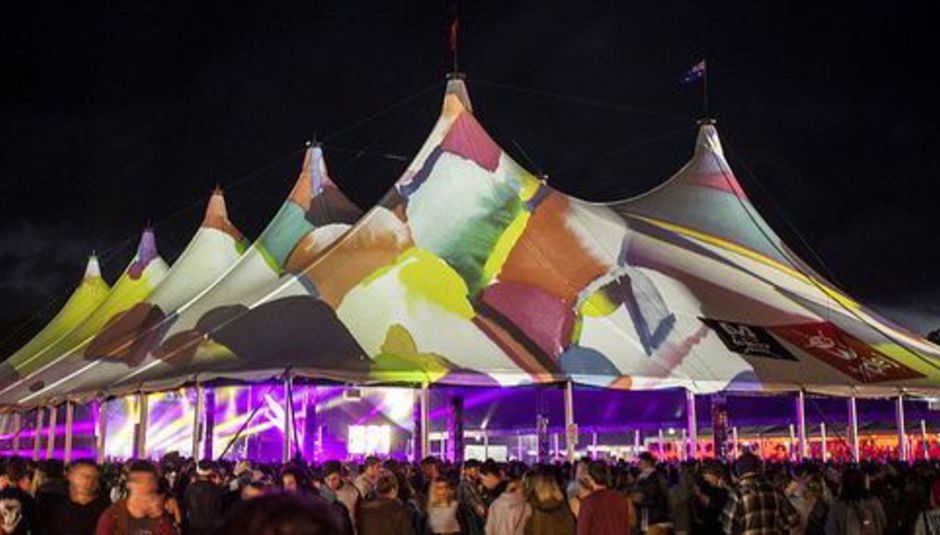 Splendour in the Grass Festival, Australia - The DiS Awards

Splendour in the Grass Festival, Australia - The DiS Awards

In late July, I spent two days in a field on the east coast of Australia, at the country's largest and longest-running music festival, Splendour in the Grass.

Camping festivals are few and far between in this part of the Antipodes, but rest assured that those which do occur uphold the values of every other camping festival: mud, long toilet queues, overpriced nasty beer, a selection of foodstuffs you inevitably regret eating at 2am in the morning, pill-munching ravers overdoing it in the dance tent, and a range of stalls selling the kind of new age tat that you'd barely look at in the normal course of things but seem like an excellent idea at a festival.

There were some bands, as well. Splendour is well-known for its mix of overseas acts and up-and-coming local talent, and this year was no exception - although the late cancellation of festival closer Frank Ocean was a disappointment to many attendees. So, without further ado, here are the musical highlights and lowlights of the festival - in an award ceremony form, of course.

The first afternoon is always tricky for multi-day festivals: people are still getting into the spirit of things, whether they're latecomers playing catch-up with their buds who've been onsite for days or partiers recovering from overindulging the night before.

As an aperitif, therefore, you need a band who will get people going. Dune Rats were that band. Sounding like the Ramones would if they grew up by the sea (we'll ignore that the band are actually from Brisbane), Dune Rats' brand of upbeat garagey three chord punk was the perfect potion to loosen the legs and get the good vibes flowing.

This award is presented for the random discovery of the festival, which came in the form of LA all-girl two-piece Deap Vally. Truly electrifying sets are few and far between, but this was definitely one, with the pair's half hour of stripped-down heavy rawk coming over like a cross between Janis Joplin and the White Stripes. Fantastic stuff. The 'Double Espresso with an Extra Shot Required' award: The National

One of the most anticipated bands on the bill, the National's Saturday headliner slot was sadly underwhelming. Part of the problem was kicking off with a play through of new album 'Trouble Will Find Me': while it may have seemed good on paper, the lack of crowd favourites for the first half of the set meant a lot of uncomfortable shifting from the crowd.

However, the band's near-catatonic delivery put the nail in the coffin of the ailing set, with hardly any passion displayed until set closer 'Mr November'. But, with an hour-and-a-half onstage before getting to this point, most observers had given up and trailed away to find something more engaging.

Another expected highlight, the Polyphonic Spree's attempt at the soundtrack to the Rocky Horror Picture show was exactly as anticipated - great fun, oozing camp and tongue-in-cheek as all hell. Even if the sight of Tim DeLaughter in stockings is likely to haunt my nightmares to the end of my days.

Possibly the only disappointing aspect of the set came in the second half, when the Spree played a brief greatest hits set. While the sound for the Rocky recital was perfect, the impact of the band's own material was somewhat muted by a poor sound mix, rendering any attempt at polyphony into a muddy cacophony. The 'Will Ferrell Being Serious' pleasant surprise award: Babyshambles Everyone completely expected Babyshambles to live up to the second half of their name. How could the post-Libertines project of Pete Doherty be anything but a mess, seeing as they were renowned for their chaotic live sets while Doberty was still at his peak? True, Doberty isn't the insouciant young thing he once was, and has certainly packed on the pounds in recent times. The set was also nowhere near as bloody as the band would have put on five years ago. But, in being a bit more reserved, a bit older, something strange happened. The quality of the songs shone through, making you realise just how good a songwriter Doherty is when he's on form. A most pleasant surprise.

You inevitably miss at least one standout performance at any festival, and Splendour was no exception. However, I was surprised at the source: Friday night's headliners Mumford & Sons. I'd roundly criticised them in the weeks leading up to the festival, and maintained they were nonsense.

However, when I was back at my tent and the sound of several thousand people joining in with the chorus line of 'I Will Wait' came drifting on the wind, I realised that I was completely and utterly wrong, and I should have been there with them. Dammit. "We still get people yelling for us t...