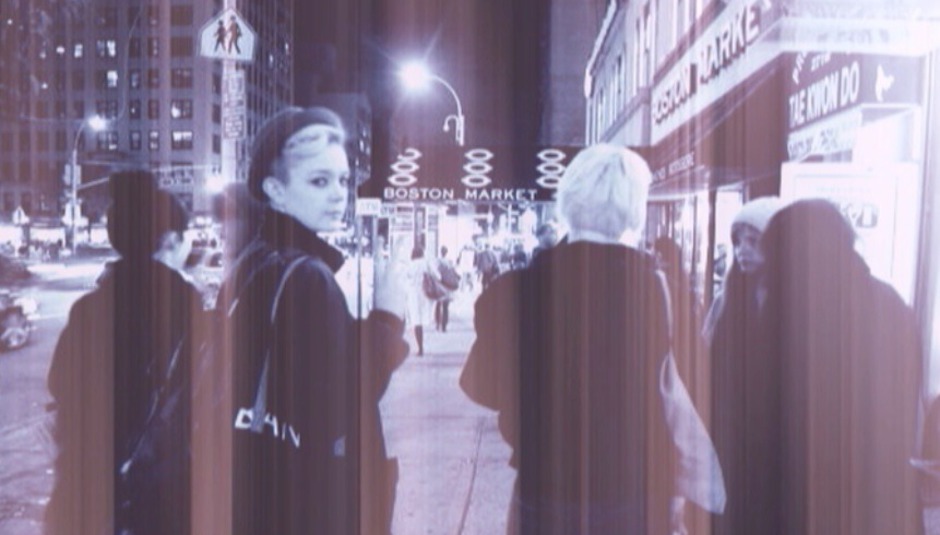 "If you’re a woman in music, people do talk about your appearance more" - DiS meets PINS

"If you’re a woman in music, people do talk about your appearance more" - DiS meets PINS

PINS have experienced a meteoric rise to fame since they formed in 2011. “Meteoric” might ring of hyperbole but considering that within a year they were at the centre of a record-label clamour to sign them, it’s clear that this band is a little out of the ordinary.

In August 2012, following the release of their first single 'Shoot You', PINS signed with Bella Union. A UK tour soon followed, and less than two years down the line the quartet are considered to be one of the hottest bands to come out of Manchester in recent years. With raw, grinding instrumentals and electrifying vocals, PINS are going places, fast.

The heat inside Fuel is stifling. I meet the girls downstairs as Abjects, one of the hand-picked acts of tonight’s Haus of PINS-curated night, soundcheck upstairs. A few seconds into the interview it becomes apparent that none of us can hear each other over the sound bleed. “Let’s go the van,” Faith Holgate [lead singer and guitarist] suggests, and I follow gratefully despite my usual sensibility about getting into vehicles with strangers.

After drummer Sophie Galpin shows me how to record an interview on an iPhone (with no small embarrassment on my part) we cram into one of the oldest vans I have ever seen (and I grew up in Botswana so that’s saying something). It’s painted black and red, and apparently goes about 15 miles an hour.

Was there a defining moment when you realized that PINS were going to make it?

Faith: When Now Wave got on board with us we immediately starting getting good gigs, and it was kind of a big deal in that we didn’t expect it. Then after that the venues just got bigger and bigger…

Louis MacDonald [guitarist and supporting vocal]: Yeah and when we started talking to Bella Union that was a pretty big moment.

There are some interesting bands coming out of Manchester at the moment – Everything Everything, Brown Brogues, Louis Barrabas & The Bedlam Six – but they’ve all got very different sounds. Do you think Manchester is finally emerging from the rut it’s been stuck in since the Madchester movement?

Faith: I remember my ex was in a band a few years ago and there was nothing cool going on [in the Manchester music scene], it wasn’t like it is now.

Lois: Everybody seems to be doing slightly different things now as well…

Sophie: Yeah it’s an exciting time to be in Manchester, there’s so much going on. Everybody’s doing their bit and the machine is starting to work again.

Do you think it’s harder for bands in the north to break through, compared to those in London?

Faith: They all seem to have more money, access to studios and so on, that’s the main difference. I don’t know if that means more success or more people that genuinely like your band. Here it tends to be a lot more DIY, which I think is better.

Lois: Definitely. I think being here is almost better because we’re all just doing it ourselves, you know getting on with it.

Was there a particular reason you chose to record your upcoming album Girls Like Us (due for release on 30th September) at Liverpool’s Parr Street Studios?

Sophie: The equipment they had, the analogue and the tape machine.

Lois: Yeah it’s the vibe in Liverpool and the fact that were on a budget.

Faith: The next one we’re going to go all out…

So you’ll reckon you’ll go down London way then?

Lois: We could record each track in a different country!

Faith: I’ve got a thing in my head that we should go record in Berlin and it won’t go away…

Do you know how the band is received in other countries around the world?

Faith: We get emails every now and again from places like Mexico, Australia, Japan, all over the world really…

Faith: It’s hard to know how you will be received really but it’s so flattering to know that somebody on the other side of the world has heard your music, made here in Manchester.

Your new album is all new material – do you feel that you’ve progressed your sound and your performance since you first got together in 2011?

Lois: I think some of our early gigs we were a bit nervous and we struggled a bit.

Anna Donigan (bassist): We would play too fast and finish the set 20 mins early (all laugh).

Does the mood in the audience have an effect on how you play or are you just absorbed in the music?

Lois: I think it’s a bit of both but usually we just have a good time. Sometimes if a crowd is quite dry at the beginning it makes me “go” even more because I just want to enjoy it. It’s just amazing when people start dancing and singing along though. That’s something we’ve seen change over the last few months as well because now people obviously have the songs recorded.

Faith: When we first started playing it felt like we were performing to a crowd of icy stares, because the people that came to our gigs didn’t necessarily like our music, they were just interested in what we were about. Now people are coming because they like our songs.

Sophie: Yeah and sometimes we’ll play a gig and everyone has their arms folded, and then you talk to them afterwards and they’re all like “That was f amazing.”

Your lyrics are about strength and power but you’re obviously not a “girl power” band. Do you think feminism in the loose sense of the word is changing, with women becoming more confident about what they want without having to swing their bras around?

Faith: We’ve never felt like we can’t do anything, we’ve never felt any discrimination. I’m sure that used to happen quite a lot but now there’s just a few idiots who think that way, try and ruin it for everybody.

Lois: We’re all quite confident and for us I don’t think it’s something we consider much.

Sophie: No one tries to stop us and if they did they couldn’t!

Lois: And that ties in with what you’re saying, because of all of the stages feminism has gone through we’re now in a place where if someone does have a bad attitude they can go and…

Sophie: I think we’re very luck in that the people we work with are all very forward-thinking.

Faith: I definitely think there aren’t enough girl bands, or not enough women involved in music. I think we should do more.

Sophie: I’ve got a friend who’s in a band and one of the reviews focused mainly on what she was wearing, and now she’s changed the way she dresses. The review made her so self-conscious. I think that’s horrific – if you’re a woman in music people do talk about your appearance more. There are so many fat ugly dudes in bands and no-one ever comments.

Anna: There are so many guys that get their tops off on stage and that but if a woman did that…

You’re obviously compared to a lot of girl bands and I know some of them are your influences, like Crystal Stilts and Frankie Rose – you’ve been compared to Siouxsie & The Banshees as well – but what do you feel you’re bringing to the table that’s new?

Faith: I don’t feel like we really sound like any other band. People try and pigeonhole us as “garage rock” or “post-punk” but no one can ever really say what we are because I think all of our songs are quite different.

Sophie: I can definitely see why people mention certain bands when they’re trying to think of our influences, but on the new album we could have done 13 different versions of one type of song and said we sound like Dum Dum Girls, for example. But actually there’s such a mix of stuff, people will be surprised about some of the turns the album takes.

Faith: And there are all sorts of avenues that we want to explore, it’s not like “this is our sound so we’re sticking with it.”

Anna: We just go with the flow, see how we feel.

Sophie: We’re already thinking about the next album.

Faith: We’ve started writing new material and we’re going to demo it soon, just to have some extra stuff under our belts. I don’t think we’ll record it properly until the winter, give it time to settle for a little bit. I don’t want to record something and feel like we didn’t do it properly.

And you’ve got your own label, Haus of PINS. What inspired you to set that up and how do you decide on the bands?

[Sophie cheers in the background]

Lois: Well it was to self-release our own material on cassette. It was quite early on and we were all quite new to it and decided we want to do it ourselves, which is why we set it up.

Faith: We have a similar music taste…if one of us suggests a band no-one has said “No I don’t like that” so we generally choose to support musicians we all like.

Louis: We like physical releases because it’s something you can hold. Everything released by Haus of PINS is handmade, designed and put together by us.

Sophie: We're also just about to release the first edition of the Haus of PINS zine (£3) which features articles and interviews with the bands we release.

And one last throwaway question – you obviously all have pretty good music taste but do you have any guilty pleasures that you indulge yourselves in?

Anna: Yeah me and Sophie went to see Rihanna the other night at Manchester MEN.

Sophie: In our defence, I did have guest list so it’s alright, I didn’t actually buy a ticket.

Anna: But that’s not a guilty pleasure at all.

Sophie: I don’t feel guilty. It was pleasurable.

PINS' debut album Girls Like Us is released on September 30th via Bella Union.