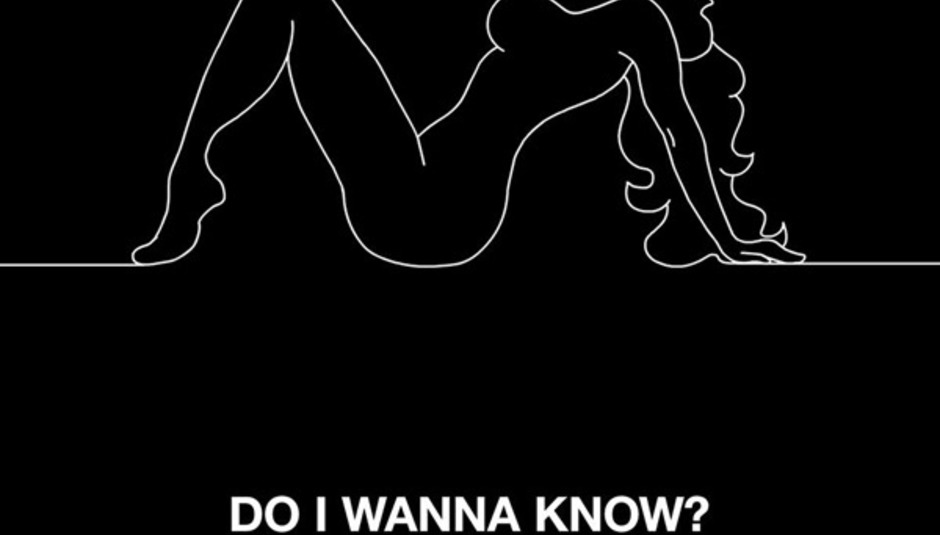 Hey there. Welcome to a freshly baked edition of DiS Does Singles. This week, the Arctic Monkeys are consumed with all sorts of sordid thoughts, Drake is down in the am-dram doldrums and Local Natives have created a canine-themed video for one of the finest tracks off Hummingbird.

Also included for your listening pleasure are new songs from LIZ, Tim Burgess, Greyjoy and Foals. In a further historic revelation, will.i.am has done the inevitable and scooped his second 'Rock Bottom' to date. I have no doubt it won't be his last. A wise man from Sheffield once asked, “Do you remember the first time?”

I do. It was just after Football Focus had finished on Saturday 21st October 2005. My dad had returned from his weekly trip into town with a wry grin on his face; the kind of smirk that implies something good is about to happen but you’ll have to sit through 10-minute anecdote to find out what.

To cut a long story short (‘They were in the NME this week. What do you mean you’ve never actually listened to them?’) he eventually produced a CD single from his cavernous rucksack and handed it to me. On its cover was a weary-looking shop assistant in green overalls and a statement of intent: ‘I Bet You Look Good On The Dancefloor’.

As his shaggy mop mutated into today’s devilish greased-quiff, Alex Turner’s fixation with earthly matters of domestic unrest and underage drinking has lessened. The teen who elegantly documented his fumbling attempts at seduction is now a master of the art. One who’s surrounded with “topless models doing semaphore” and bolstered by a skyward-bound propeller.

On ‘Do I Wanna Know?’, Turner taps into the same blues-laden vein of form that made ‘R U Mine?’ such a rollicking slab of rock n’ roll. Both tracks are posed as a question, although their answer is a mere formality. The Arctic Monkeys' commander-in-chief has one thing on his mind and it’s a world removed from Rotherham, or San Francisco for that matter.

Traipsing his words around a swaggering guitar line, Turner’s Sheffield twang accentuates the filth in every syllable. Beyond the liquor spilt on his settee, all mentions of untold naughtiness are allusions left to fester in your imagination while Matt Helders and co lock into a formidable groove. If Humbug’s bitter prowl had been tempered with more of this lustful restraint, then perhaps it wouldn’t have sat so lopsidedly. That the Monkeys have returned to scene of their desert-scorched stumble shows there’s unfinished business to be exhumed. Certainly, their frontman’s not lacking for innuendos to spew forth.

Every teenage generation deserves an Alex Turner to idolise. Someone who can elevate a gaggle of girls drunkenly swaying outside a club into a poetic phenomenon and encapsulate your romantic insecurities so that they seem worth cherishing.

Alex Turner is not that guy anymore. ‘Do I Wanna Know?’ shows he’s outgrown such concerns so that when his lips tremble, hearts are set aflutter and legs can’t help but quiver. What a wicked cad. What a tremendous song.

Arctic Monkeys: Best of the B-sides

Although Arctic Monkeys tracks don’t just appear out of nowhere, especially just before a headline Glastonbury performance, ‘Do I Wanna Know?’ is unique in having no physical release date as of yet. This breaks a run of 15 singles with B-sides attached for the band, so here’s a playlist of their best non-album offerings...

Local Natives - You & I (Infectious Music)

Local Natives’ Hummingbird is one of those rare albums where your favourite song alternates almost every time you listen to it. I was going through a ‘Columbia’ phase before watching the promo clip for ‘You & I’ but now it’s all change again.

Given a lot of the record references the death of singer-keyboardist Kelcey Ayer's mother, its opening shot of an ambulance racing towards the camera is enough to send an ice cold skewer through your belly. Combined with the song’s desolate swirl of anguished harmonies and downcast guitar, you’ve got a the recipe for a truly harrowing video. I didn’t shed a single tear... honest.

‘The Motion’ is a sad Drake song, which means it will reference:

These are the unbreakable tropes of a sad Drake song and, if you can get over them, you’ll find ‘The Motion’ to be one of his best yet. It’s got a sullen backing track that glitters with tender flourishes of glitching synth and a show-stealing star turn by British crooner Sampha.

As well adding his forlorn vocals to ‘The Motion’, Sampha co-produced it alongside Noah ‘40’ Shebib. Having already come up trumps on stellar collaborations with Jessie Ware and SBTRKT, a proper album from him can’t be far off now. As for Drake, Nothing Was The Same is out on 17th September.

LIZ - U Over Them (Jeffrees)

LIZ is probably cooler than you. She’s definitely cooler than me. She’s the kind of girl who draws fan art of ‘N Sync’s JC Chase and wears bobble hats without irony. How can anyone hope to compete with that?

‘U Over Them’ is her third song to be released on Diplo’s Mad Decent label and it’s an epic slow jam of early 90s R&B proportions. Phrases like “on the low” and “say my name” are dropped, there’s a shuffling snare beat and LIZ herself sings in an irresistably sweet falsetto. If Beyoncé had used this as her comeback single, instead of spending yet more time twiddling her thumbs in a recording studio, I wouldn’t be complaining.

Here’s a lilting bit of country for you courtesy of Tim Burgess from The Charlatans. Truth be told, I have no idea what “economy” Tim is banging on about. It’s not the end to boom and bust kind, that's for sure. Whatever the case, this single sounds overwhelmingly pleasant and seems to include a flute solo. How could you resist a flute solo?

Greyjoy are from Perth, Australia and they specialise in creating woozy dream-pop songs with proper choruses. If you’ve ever thought Toro Y Moi or Washed Out should have a crack at the UK Top 40, then you need to get spinning ‘Idle Thoughts’ right now. Lathered in sun-kissed electronics and funkadelic bass, it’s begging to be experienced in a British field as the sky turns a violent shade of pink. Here’s hoping they make the trip to Blighty soon.

A video in which a naked lady is used as a metaphor for something. I don’t know what but you can tell it’s important because she’s naked. Fans of tired symbolism will also appreciate the inclusions of a HUMAN SKULL and GIANT CROSS. Good song, mind.

The central conceit of TV talent shows is that they about the contestants when, in fact, they are a means for the judges to fellate their own sense of self-importance. Above you’ll see will.i.am performing with Leah McFall on this weekend's final episode of The Voice.

Leah was the favourite to win The Voice and its grand prize of a 15-minute music career. She already had a Number 8 single with her respectable cover of ‘I Will Survive’ and could afford to cruise to victory, so long as something truly appalling didn’t take place. As a specialist in truly appalling occurrences, will.i.am decided to relegate Leah to the status of a backing singer while he used her final performance before voting closed to plug his Great Gatsby abomination ‘Bang Bang’.

The good news, is that ‘Bang Bang’ is now Number 3 in the iTunes singles chart. The bad news, for Leah, is that someone called Andrea Begley won The Voice instead.

It’s a morality tale for the ages. The moral of the story being, will.i.am is brilliant at fellating himself.

"It's really not that hard to write a...